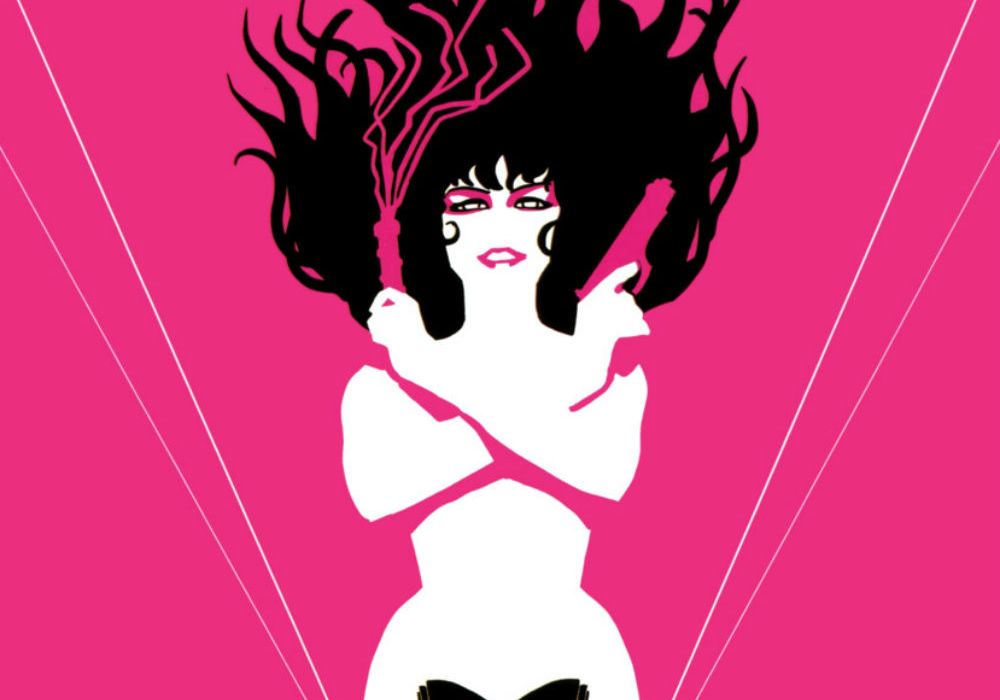 The opening captions of Matt Fraction and Chip Zdarsky’s “Sex Criminals” ask us not to judge as we see our leads, Jon and Suzie, having sex in a public bathroom. At the point of climax, pink, blue and purple swirls of light as time freezes, it would be beautiful if it wasn’t for Jon’s cumface and hairy ass. The captions, which give us narration from Suzie, ensure us that she knows how this looks.

A SEX COMEDY FOR COMICS

Suzie’s a normal girl with an extraordinary ability: when she has sex, she stops time. One night she meets Jon…  who has the same gift. And so they do what any other sex-having, time-stopping, couple would do: they rob banks. In the vein of THE 40-YEAR OLD VIRGIN and BRIDESMAIDS, Image Comics invites you to come along with MATT FRACTION (Hawkeye, SATELLITE SAM) and CHIP ZDARSKY (Prison Funnies, Monster Cops) for the series that puts the “comic” back in “comics” and the “sexy” back in “sex crimes.”

After that opening that throws us right into the sexy action, we the start the story of this issue ‘at the start.’ This issue is Suzie taking us back through formative experiences in her life, her father’s death; her first orgasm, when she learnt of her magic time-stopping abilities; falling in love with libraries; losing her virginity; her library being foreclosed by the ‘SHITHEAD BANK’ (oops sorry I didn’t mean to write the word SHITHEAD in a PUBLIC REVIEW); and meeting Jon, the only other person she knows whose orgasms freeze time. Those last two events are really the trigger of the story for “Sex Criminals” as a series, the story of sex and romance and using time powers to rob banks and save a library.

But in this first issue, that is all incidental. The story of this first issue is titled ‘Suzie Down in The Quiet.’ It’s fitting that the first word inside the book, even before the comic proper starts, on the title page is Suzie. This issue is Suzie’s.  We’re introduced to the world through Suzie. Suzie talks directly to us. Suzie is our guide through this debut chapter. We read the comic as Suzie and in response to Suzie. When we’re taken to ‘start at the start’ after the fucking-in-public that opens the issue, the start we’re taken to is Suzie’s father’s murderer jumping out a window after a shooting spree at the bank where they both worked. We’re promised jokes, and sex, the sex and the jokes will come soon, but first we have to see where Suzie is coming from, we have to see what the Shithead bank has taken from her before.

Starting the story in earnest with very direct tragedy is really effective in this book that is billed as a comedy. It’s an immediate subversion that makes the weird sex jokes feel earned, that means the sex jokes can be even stranger. Meanwhile, the direct approach to the emotional aspects are allowed because of the artifice of the comedy and the fantasy. It’s like how Bojack Horseman can be super direct with its appeals to emotionality because half of the are animals and it’s a show full of ridiculous puns. In “Sex Criminals,” the emotionality is quite direct but not in the same way as Bojack Horseman. In other things that use artifice as a route to allow emotions to be more direct, the emotional scenes keep that sense of heightened reality, but Fraction and Zdarsky introduce a sense of dramatic realism in the more serious scenes, none of it feels exaggeratory. The serious moments and the dumb sex jokes and the fantasy time freezing all feel fairly separate here, they are respite from each other.

That’s not to say they don’t encroach on each other, they certainly do, and in later issues even more so. There is one moment where we see a young Suzie only able to truly express herself to her mother in this quiet, personal world that she creates with her orgasm. The fantasy element is used to facilitate the dramatic However, we still don’t get to see what she yells at her mother, instead we get reflective narration from adult Suzie. If we just got to see what the young Suzie vented at her mother in the frozen quiet, it would fall into that artifice trap of being overt in its emotional intent. Rather, by reading Suzie’s adult perspective, married with the visual of the child’s perspective, we can infer young Suzie’s frustrations, but we can know adult Suzie, the character the book is actually following.

The power of the Quiet, a place away from the stress of life, a place away from time and people, a place just for Suzie, immediately hit me. It hit me as a teenager when I picked up the trade in the Waterstones in Northampton and started reading as a joke (haha it has sex in its name) but then was enthralled and just ignored my friends for twenty minutes. It hits me now as a stressed-out student looking to escape deadline season. I think it is an idea that will hit a lot of us that like to read and write, those of us who want an escape from social performance. That’s one of the reasons this is such a successful opening issue for me, I can recognise and identify with Suzie straight away.

Suzie isn’t the only lead of “Sex Criminals,” the series is equally about Jon, but for this debut, Fraction and Zdarsky stick to Suzie. Jon’s role is small and through the prism of Suzie. While Jon isn’t the focus of the issue, he is established as someone central to the story. There’s the climatic reveal of his climax also freezing time, and he is at the heart of the only two splash pages. The first splash being that opening sex scene, and the second is their meetcute, where Jon overhears Suzie talking about Lolita and starts reciting a passage to her. This page takes a paragraph of prose and turns it into poetry and movement, the panels fall away, and we weave down the page as Nabokov’s words draw Jon and Suzie together. This page makes me want to read Lolita more than anything else I’ve seen.

I feel like I’ve forgotten about the jokes. It’s a sex comedy for comics! It’s a book of absurd puns and sight gags and non-sequiturs. In the solicitation, it compares “Sex Criminals” to Bridesmaids and The 40-Year-Old Virgin but it’s not really like either, Fraction and Zdarsky’s humour is much stranger than those movies. I feel like I’m ill-equipped to described jokes but also that part of a good joke is surprise and I spoil that surprise if you haven’t read it, and if you have read, I don’t need to describe what Brimping is to you.

I love “Sex Criminals.” From the beginning, it is engrossing and weird and funny and heart felt and sometimes heart-wrenching. Issue one feels like it’s a book that came fully formed, it feels like the creators knew who the characters are and where they’re going. Which is impressive considering they definitely didn’t. Fraction and Zdarsky take “Sex Criminals” to places so much wilder than this issue would suggest. Issue one is tame in terms of sight gags and weird sex stuff, but they wouldn’t have been able to take Jon and Suzie to those wild places without the foundation of a great first issue.