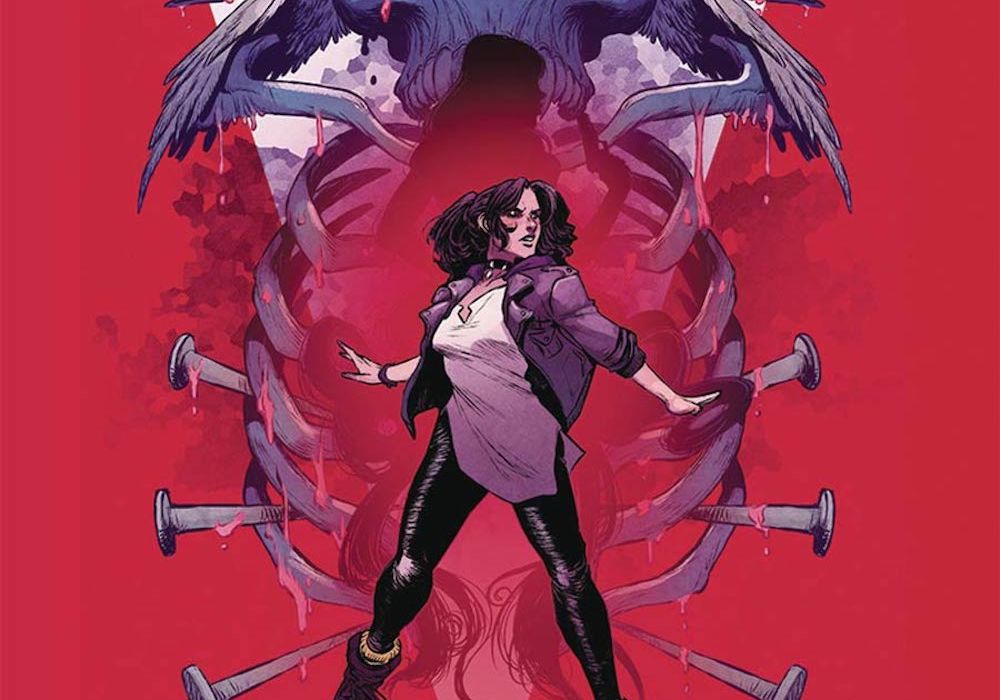 Taking on elements from the likes of “Hellblazer,” “Black Magick,” and 2017’s “Witchblade,” the tale of Gina Meyers seems very interesting even before we get to the apparent meat of this new occult spy series! 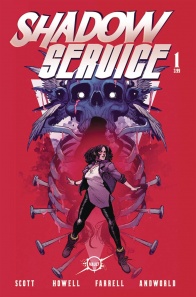 Worried your partner is cheating? Need a missing person found? Gina Meyers is the Private Investigator for you. Sure, she’s a witch who worries that her powers make her more of a monster than the crooks she’s trying to catch, but it’s not like London’s criminal underworld is literally going to hell… is it?

“Shadow Service” #1 is a strange animal, so far as comic book debuts go. Instead of putting the advertised main story up front in this first issue to draw in readers excited for its core premise of occult spycraft, of something approaching a more morally secure version of “Hellblazer” crossed with James Bond, writer Cavan Scott seems intent on taking a far more decompressed style, looking more similar to “Black Magick” on the whole so far. Scott appears to be biding his time, slowly bringing together Meyers’s origin in a way that appears to be set to operate across multiple issues, rather than giving us everything we need to know off the bat.

Rather than look into the workings of MI666, as the solicitation puts it, Scott keeps focus instead on protagonist Gina Meyers, an occult private investigator. She may be what Alan Moore would call a “blue-collar warlock,” but unlike John Constantine, the character who first had that designation, she appears to be far less of a murky figure in terms of morality, and unlike the fellow relatively new witch Rowan Black of “Black Magick,” she uses her spells far more readily and with less restraint. From the traditional methods of telekinesis through vocal casting to modernized ones such as using a nail gun in the place of manually putting down nails to trap someone quickly, Meyers is a very interesting figure. Beyond the way she deals with magic, Meyers’s internal motivations (relayed through flashbacks) and the people with which she associates help to flesh her out, showing how she is willing to work with morally gray or even outright immoral individuals in order to do her (apparently not self-appointed) job.

Unfortunately, it seems that while Scott is prepared with an experienced protagonist (at least in terms of the use of magic, if not the world in which she lives), he may have focused too much on developing her as a rounded character as quickly as possible, and not enough on the world in which she lives. We know that she believes that she is the only witch around, but not how that came to be. We know that there are forces from beyond her purview, but most of that knowledge comes from the words at the front of “Shadow Service” #1, rather than within the pages of the tale itself. Though Scott seems to want to lay a web of mystery under this debut, it seems almost too opaque to bother with going forward.

Where the writing may have its problems, Corin Howell’s artwork on “Shadow Service” #1 is wonderfully constructed, much like her work elsewhere. The general focus seems to be on individual people over the backgrounds, which helps to accentuate the human responses of every person, from horror to discomfort and more to sadism. Much like her work with “Dark Red,” Howell does a marvelous job of showcasing emotional impact through a single panel, from a bloody mouth or a flayed and dismembered corpse to an utter lack of emotion on the face of someone decapitating a living person, and more besides. The skill with drawing people is such that even in a crowd shot, there are a variety of different intense feelings brought up around the entire panel, even when only one person within the image is at all important.

While there is a very good use of emotion and its lack due to Howell’s focus on people, that same focus provides a good framework from which to establish the utterly alien, horrific nature of occultism and witchcraft, or whatever the magic will be called in this series going forward. When magic is in use, there is a definite blur effect at times, emphasizing the utterly alien nature of the power. The aforementioned rotting flesh and corpse are shown in grisly detail, to the pint that readers could be forgiven for momentarily retching at the shocking sights. Similarly, someone locked away is shown with their entire body stretched out unnaturally, all the more unnerving considering the well-drawn figures in general. If this horror-based take on magic is meant to be the kind of MI666 faces or uses, Howell does a great job of giving us a taste of what is to come.

Triona Farrell’s colors help to accentuate the already well-made artwork. Deep shadows work both from a symbolic level of characters’ emotions and just to show different amounts of light. Relatively one-color backgrounds (with some variations in hue or shade) work both to complement the existing beings in a scene and to emphasize the magical nature of an encounter, such as purple being used amongst a summoned murder of crows. The orange of a lighter’s flame allows a human face to glow somewhat against some of these backgrounds, while other times the complete lack of anything beyond pure black helps to add an air of mystery or being on a more horrible side of things. Lastly, overall tones of an entire scene, from softer colors for a flashback when presented directly next to the present day, an overall “red shift” for a distinctly bestial and violent transformation, or showing a green tint to something horrifyingly magical, help to give a general emotion for a panel before even getting into what the artwork actually shows or the script describes.

There is a lot to look forward to with Gina Meyers’s journey, but as of “Shadow Service” #1’s conclusion, readers may not have yet found what they are looking for in its script.

Final Verdict: 7.0– While the artwork and colors are well put together, “Shadow Service” seems to be going a bit too slowly in getting to the premise it relies upon.