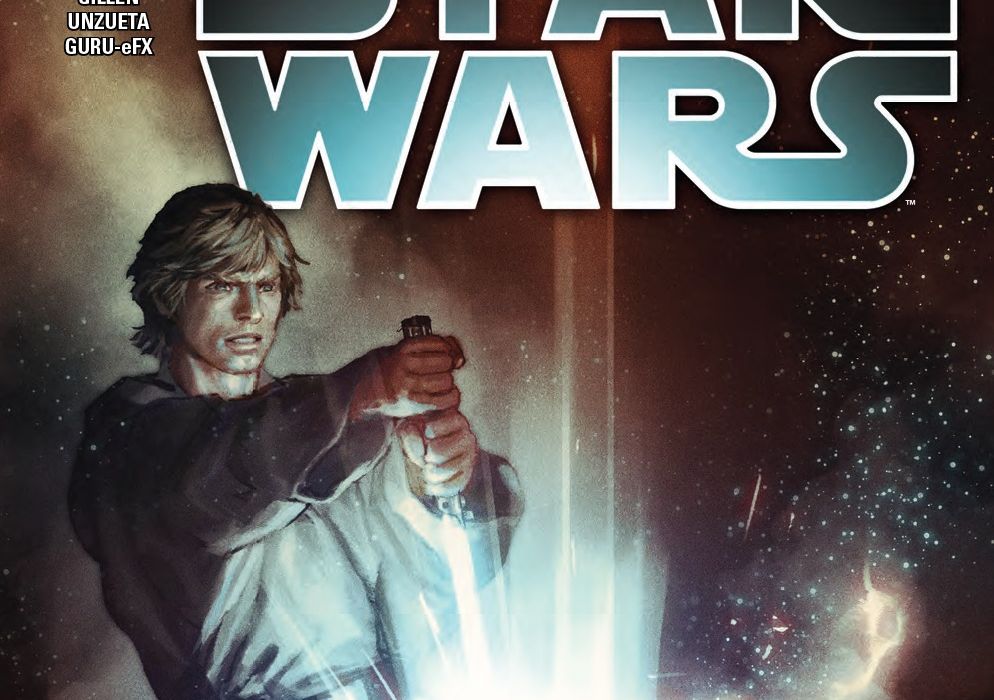 Who here is excited to visit Galaxy’s Edge in Disneyland? Well, tickets are expensive and I don’t have the days off for it yet, but we can still visit the Star Wars galaxy in comic book form. “Star Wars” #67 marks a key moment in the comics, as Kieron Gillen’s run ends with the conclusion of “The Scouring of Shu-Torun.” 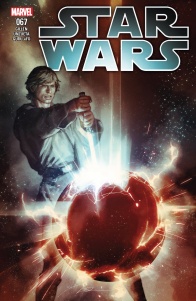 “THE SCOURGING OF SHU-TORUN” PART 6
•  The fate of an entire world is in the hands of the REBELS!
•  And even then, can anyone manage to escape the Scourging of SHU-TORUN?
•  The cataclysmic end of KIERON GILLEN’s run on STAR WARS.

For the past few years, Kieron Gillen has been expanding the Star Wars mythos within the comics. He’s managed to introduce new characters and worlds with their own distinct styles that still fit nicely in to the overall universe, while tying together multiple story points and characters from across the side stories, spin-off movies, and TV shows. But now his part of the story comes to an end, although in true Star Wars fashion, it certainly ends in a bang.

The final arc, “The Scouring of Shu-Torun,” has been built up for quite some time. It’s a story of betrayal, revenge, tested loyalties, and how thin the line between good and evil can be. It falls well within the “light side vs dark side” storytelling of Star Wars, while still throwing in some gray layers.

Where “Star Wars” #67 picks up, the rebels have completed their mission, but are in dire straits. Han’s group is stuck between a rock and a hard place, while Luke finds himself betrayed by Benthic and his Partisans. It’s a thrilling climax, where characters have key decisions to make. It juggles issues of sacrifice – both of one’s self for the sake of others or of one’s self for revenge – and morality during times of war in a way that’s true to the characters and themes.

At the same time, it gives us plenty of the spacefaring action we know and love from Star Wars. Not everything can be speeches and moral debates, after all, which is why we get the Millennium Falcon trying to outfly TIE fighters through the core of a planet. If that doesn’t strike you as awesome, I have no idea what will.

But one of the things I like the most about Kieron Gillen’s “Star Wars” run is how it connects and ties in the various parts of the universe, connecting characters from the comics, original trilogy, and side movies. No aspect of the franchise exists in a vacuum here, and each part can reference another.

For instance, while the plot of the comic is focused around comic-only characters and planets, a key source of the conflict comes from Benthic and the Partisans, who were introduced in Rogue One. While they talk frequently about what happened on Jedha, Han still takes a moment to mention Benthic’s history as a Cloud Rider, as seen in Solo. It brings a greater sense of continuity to the disparate movies, tying them more closely than just cameos in later films ever could.

Then we get to the artwork. Let me just say: it is visually stunning. While past issues have had an issue with hyper-realistic character faces contrasting with more comic-styled backgrounds, artist Angel Unzueta has solved that problem and struck a perfect balance between detailing and illustrative design.

Each scene is filled with strong detail and designs, from the crumbling castles of Shu-Torun to the blinking lights and panels inside the Millennium Falcon. It’s a level of attention to detail that makes it feel like something right out of Star Wars, rather than a comic trying to look like it. The rust and shading for things like the spaceships and on the Partisans’ outfits matches the “used future” aesthetic nicely, and the backgrounds look like they could be taken right from screenshots of the movies.

Angel Unzueta’s character work is great as well. We get a fine level of detailing on everyone that blends with the rest of the scenery well; it’s not so realistic as to be jarring, but with enough shading and creases on their designs to make them feel alive. The canonical characters like Luke and Han are unmistakable from their live-action counterparts, but even the original characters look like they could be real people as well.

Take, for instance, Imperial Commander Kanchar. I personally love his design. The eyepatch and mechanical arm show that he’s someone who’s been through countless battles and pain, while he stands broad-shouldered above the rest of his crew. But the way he’s brought to life, brow creased in frustration and hair bristling on his goatee, make him look more like a real person than a comic book character in the same way that the existing characters do.

This extends to the non-human characters as well. Everyone is drawn with the right balance of realism and comic design that they match nicely. Benthic doesn’t look like a man in a mask with impressive practical effects – he looks like the alien that he is, without feeling any less realistic or detailed. The same goes for shape-shifting alien Tunga, a comic original character with a distinct design all his own.

Praise must also be given to GURU e-FX’s color work. While the detailing in the illustrations from Angel Unzueta are great, it’s the colors that really add life to everything. There are two distinct color themes throughout the issue: red and blue, as befitting of Star Wars. The color schemes help keep each scene distinct and separate from the other, without necessarily being a “light side versus dark side” thing. We have the red and orange lava of Shu-Torun on one scene, the glowing electric blue of a reactor about to blow in another. Then we have the blue glow of panels and distant stars from aboard the Imperial ship contrasted with red glows from around the Rebel Flagship Home One.

The only way to describe the artwork in “Star Wars” #67 is “visually stunning.” The team went all-out for this issue, and it shows.

While this may be the end of Kieron Gillen’s run on the “Star Wars” comics, it’s not the end of the series as a whole. It’s bridged the gap between A New Hope and The Empire Strikes Back, but there are still many more stories to be told. This is the perfect way to end Gillen’s story, and I could not have asked for a better way to wrap it up.

Final Verdict: 9.1 – A fantastic end to Kieron Gillen’s “Star Wars” storyline. Thrilling, intense, impactful and deep. The Force really is with this series.