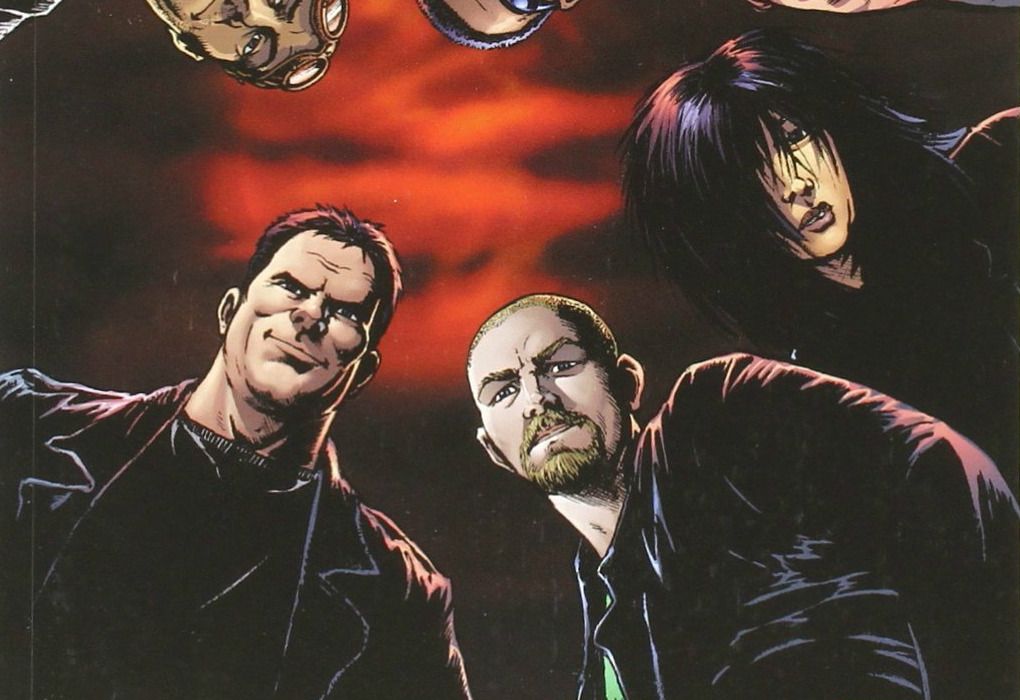 I will never understand “The Boys,” but I do understand why now is its moment. 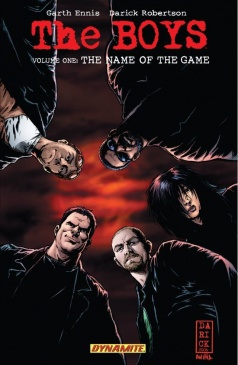 This is going to hurt! In a world where costumed heroes soar through the sky and masked vigilantes prowl the night, someone’s got to make sure the “supes” don’t get out of line. And someone will! Billy Butcher, Wee Hughie, Mother’s Milk, The Frenchman, and The Female are The Boys: A CIA-backed team of very dangerous people, each one dedicated to the struggle against the most dangerous force on Earth – superpower! Some superheroes have to be watched. Some have to be controlled. And some of them – sometimes – need to be taken out of the picture. That’s when you call in The Boys! “The Boys Vol. 1: The Name of the Game” collects the first six issues of the hit series “The Boys” by Garth Ennis (“Preacher,” “The Punisher”) and drawn by Darick Robertson (“Transmetropolitan,” “Wolverine”)!

I re-read this first volume hoping to understand why Amazon decided now was the time to adapt “The Boys” for television. And I do. Thanks to the CW-verse and the MCU, television and movie audiences have had a decade to learn how superhero universes work, and they’re primed to start considering some of the “subversive” questions that “The Boys” kicks its readers in the face with. The most important of which is: Wouldn’t superheroes just be assholes? Y’know, like we are?

To even ask this question shows a disregard for how superheroes work. And to answer it in as cynical and un-nuanced a fashion as “The Boys” does smacks of a lack of consideration, as well as a misinterpretation of what the phrase “moral complexity” means. But it is (notably, as 2008-era superhero fans age into young adults) a perfect pub question or late night college dorm room question. It is a legitimate line of inquiry, and it’s just one of the ways in which “The Boys” interrogates what superheroing would look like in the real world – a world where those with power often abuse it, and those without are left to pick up the pieces however they can.

There are bits of “The Boys” that ask and answer these “real world” questions in interesting ways. This first volume excels whenever it focuses on Wee Hughie and Annie “Starlight” January, morally upright characters who are continually shocked by the world they’ve fallen into. The scene where the two of them encounter each other in Central Park and chat, not knowing that they’re playing opposite sides of the same game, is actually charming. If “The Boys” were filled entirely with considerate scenes like that, in which the creative team showed they were interested in creating complex characters who live within a complex world, it might actually stand up to scrutiny.

And that, I think, is “The Boys”‘s underlying message: Every good deed serves someone’s agenda. No person does something just because it is right.

That’s a message that I just can’t understand or get behind. So regardless of how good Robertson’s art is (his chunky, substantial style is actually perfect for this book, in which there’s a weight to superheroes’ actions), or how Aviña’s coloring adds to the actually-funny gags (the Homelander’s thong line is a deft touch), or how much work Ennis puts in to building some nuanced characters – “The Boys” isn’t for me. It’s a reaction against a genre that I’ve loved since I was old enough to read. To some, especially those whose opinions of superheroes are just now maturing, the questions “The Boys” poses might seem subversive or interesting. But to me, the book just fundamentally misunderstands what superheroes are about, and why they’re actually important.