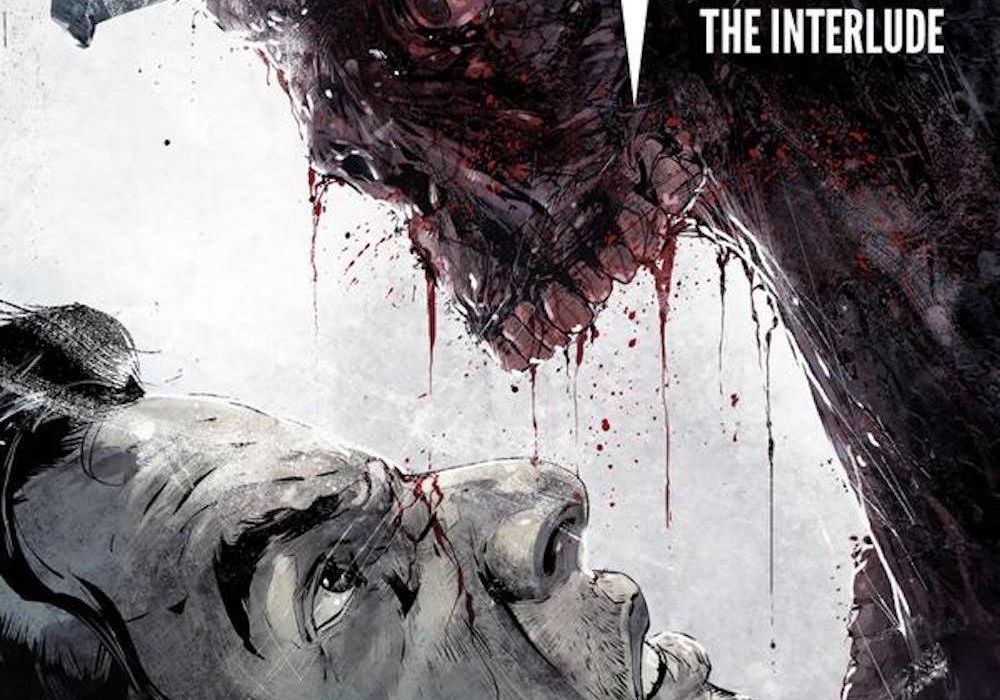 While this is not a miniseries for people who are not already a fan of the The Evil Within video game franchise, the conclusion to “The Evil Within: The Interlude” is a great way to look into the characters of the franchise in far better ways than even the previous game allowed, paving the way for the upcoming sequel game. 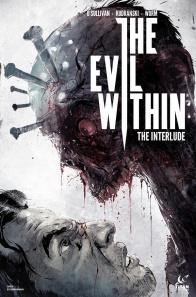 Still shell-shocked by the horrific events that took place at the Beacon Mental Hospital, Detective Sebastian Castellanos finds himself reluctantly pulled back into Mobius’s macabre world when a gruesome serial killer unleashes a new kind of hell onto Krimson City.

For reference, all that the numbering “2.2” means is that this is the second issue of the second volume of the “The Evil Within” comics. The first volume was largely forgettable, but this one is another animal altogether. In short, consider this to be the second issue.

Throughout ‘The Interlude,’ including this second and final issue, Ryan O’Sullivan has managed to do what the first game in this franchise could not: by focusing in on the character of Sebastian Castellanos, rather than leaving his personality as a relative afterthought that results in a lot of problems caring about his internal conflict or taking his point of view, O’Sullivan manages to craft a far more sympathetic protagonist, one to latch on to rather than simply use as a vehicle to get through a story. In effect, by allowing Castellanos to be not only the reader’s viewpoint, but also the reader’s primary focus, O’Sullivan develops the resemblance of an actual person out of what was initially little more than a generic survival horror hero.

Key to this portrayal is the use of hallucinations. O’Sullivan’s writing makes for a rather difficult time understanding what is and is not real, much like the original game had a habit of causing hallucinations or mind-bending physics changes when the player least expected anything of the sort. For instance, Sebastian calls his wife, from whom he had been separated for years, with possible clues on the whereabouts of their daughter Lily, only to be told how fruitless such a search is, let alone that most believe Lily to be dead. By using the classic “unreliable narrator” trope, O’Sullivan helps to show the sheer magnitude of Sebastian’s instability in the wake of the horrific events at Beacon Mental Hospital.

Furthermore, rather than be too overt about it all, most of O’Sullivan’s writing is very understated, projecting an impression of things not being off-the-wall crazy like in the STEM system, but rather just slightly… off, just enough to trigger readers’ sense of things being not quite right up until the after-action report that clears up at least some of the real plot.

The focus in on what is or is not real is helped by the use of two different artists, Szymon Kudranski and Damien Worm, in conjunction with one colorist, Guy Major. While Kudranski deals with the vast majority of the story, Worm covers most of the hallucinations, with each of their styles lending a lot to the story itself.

Kudranski uses a realistic art style, with deep shadows showing the dark nature of the story itself. Faces are viewed up close rather often, giving a lot of focus to facial expressions. To supplement that style, Major uses primarily dark color tones in a relatively soft, blue palette, giving an overall air of depressed, pseudo-calm society in the wake of Castellanos’s tragedy. Furthermore, the softer, colder color tones give the story a very “noir” feeling, fitting well into the sheer magnitude of the helplessness and hopelessness that Sebastian seems to feel without the script requiring a single word.

By contrast, Worm’s art style is more deranged, with more “noodle-esque” limb styles and more lanky appearances. Notably, there is very little focus in on anyone’s face, giving the impression of someone who is a passive observer rather than in the thick of the violent acts going on. Major’s use of sepia tones also helps in its own way, giving the hallucinations a kind of “old-timey” dream sequence feeling to them and putting them at intentional odds with the reality of Sebastian’s situations.

One major through-line to both of the art style is Guy Major’s use of red. Aside from fitting into the story in rather significant ways, the use of red is so off-putting, so distinct from the rest of the colors used, that it seems like a form of violence unto itself, attacking the readers’ senses and drawing attention to the areas where it is used, much like it is a focus point for the characters themselves.

The one major problem that comes up with “The Evil Within” #2.2 is, regretfully, inherent in the system. As a video game franchise tie-in, this book is definitely not for everyone. A lot of information is not stated, certain characters’ relevance is not explained, and the whole thing may be too disorienting for people who are not pre-disposed to grasp the psychologically warping nature of the The Evil Within’s burgeoning franchise. While fans may find a lot to love about this story to bridge the gap between the two games, those who are just browsing through the different books by Titan Comics may be too confused, too put off to see what’s really going on and simply enjoy the short ride through this crazy world. It’s by no means perfect, but ‘The Evil Within: The Interlude’ offers a very good story for those who are interested in keeping up with the story of Sebastian Castellanos and the STEM system.

Final Verdict: 7.5– A very good video game tie-in both in writing and artwork, but perhaps not easily accessible to those who are not previously interested in and familiar with the game to which it is connected.