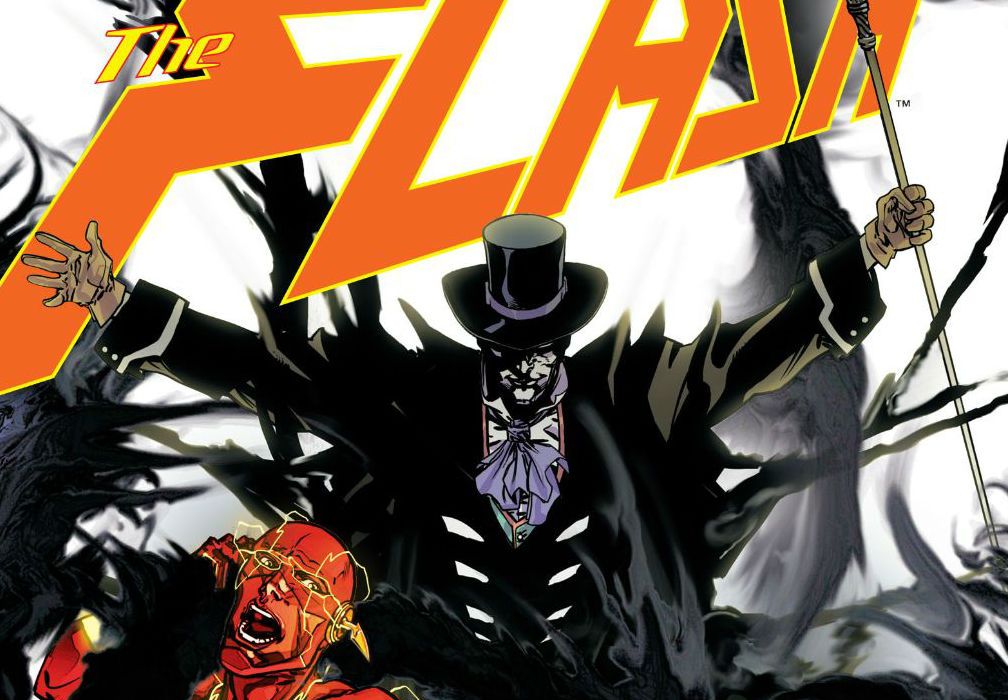 Listen. I don’t have quips. I got no jokes. This week has been garbage and shaming. Allow me to alleviate it by talking about a comic I really liked. 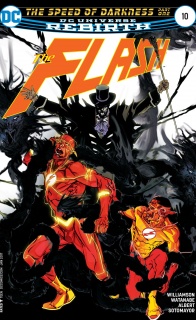 “THE SPEED OF DARKNESS” part one! A villain from The Flash’s history returns for the first time in years when The Shade visits Central City. But what does Opal City’s master of shadow want with Barry Allen and the newly christened Kid Flash?

Part one of “The Speed of Darkness”, obviously named after the Flogging Molly album, manages to provide a pretty good jumping on point for new readers by keeping the book very character focused. Less about the bombastic (although, it being The Flash of course there’s going to be some goofiness and I would have it no other way!) but more of low-key interactions between characters.

The main focus of this issue is on young Wally West, finally growing into his moniker as Kid Flash. It’s about him trying to make his own way, both as a student in school and as a student to The Flash. There is such a vibrant mirth to seeing Wally fight off his very first Rogue, in this case, a new villain called Papercut. And fair credit to the kid, he does manage to hold his own, even if it becomes very evident he’s over his head flying solo as he is right now. But Williamson and Watanabe communicate that drive, the drive to do good. Sure, it is making him a bit neglectful in other aspects of his life like school, but it makes my heart swell to see a kid want to do good because good.

This desire in Wally is further emphasized through his interactions with Barry and Iris. They’re tense relationships, and every party are a bit in the right and a bit in the wrong. But they don’t feel ham-handed, with Barry reprimanding Wally for skipping school or Wally having some major problems with Flash not trusting him with his secret identity (more on this later) while Flash perfectly trusts Older Wally or Iris being a but tough on Young Wally when she learns of him skipping school. They’re all very legitimate grievances but they feel like real grievances instead of blown out of proportion, drama for its own sake.

But of course, there will be drama, and that is in the form of the “darkness” part of this arc’s title; ol’ Dickie Swift himself, The Shade, he of the famous James Robinson/Tony Harris “Starman” series. It is one of the books at DC that I hold in the highest of regard and Swift was a big reason for that (check out the <a href="so I don’t have to edit your text” target=”new”>awesome maxi-series that came out in 2012). So I was curious to see how Shade would be under a new writer.

Well, here’s some “Good News & Bad News”. The Bad News: Shade is actually very briefly in this issue. Good News: It’s pretty effective. His first scene is more of an introduction to the man of darkness. Again, brief, but it does it’s job effectively (in part due to the ambient mood Watanabe, inker Oclair Albert & colorist Chris Sotomayor set). But it’s the other scene with him that’s more interesting, in part because of what he says. Swift’s always been one for wordplay, and that’s here as well, even if in the condition he’s in. To someone just coming on, it’s words of foreboding, but to those who read “Starman”, they had a twinge of sadness when you realize the double-meaning. It also serves as more proof of the Pre-Flashpoint universe continuing to seep back in.

This book has been blessed by having real good artists throughout all of, both as regular artists and “Flash” artists. What do I mean? Well, there is a quality that Flash artists should have: “Greasy Fast Speed,” as Mick would say. They need to be able to convey motion. And suffice to say, Watanabe, Alber and Sotomayor do just so. From Wally’s giddiness at his powers to Barry’s more methodical movement process, their style may be more “house” than Giandomenico/Plasencia, but they deliver. It’s not just the Flash’s speed that show this skill at conveying motion. The Shade is also a character that requires that, considering the nature of his shadow powers, and they have a similar fluidity to them as Flash’s speed.

Now, I know I said this issue was very new reader-friendly, and it is. That being said, the downside here is that it does cram in a lot to help people catchup, and in some cases (the whole bit involving Meena) it comes off as really clunky. It’s important information, but it does make a flowing, character-focused issue stop in it’s track to catch you up with the plot. What bugs me the most is that DC continues its refusal to just use a recap page.

Listen, I am probably giving this issue a lot more praise than it deserves, but considering the horrid week this nation I live in has had, any comic just needed to do one thing for me: get me to smile. And this one did. It continues to rebuild the Flash family that I have missed for so long and it rings back a rich and complex character. I cannot wait to see where “Speed of Darkness” goes.

Final Verdict: 8.0- A warm, character-centric beginning to a new arc.