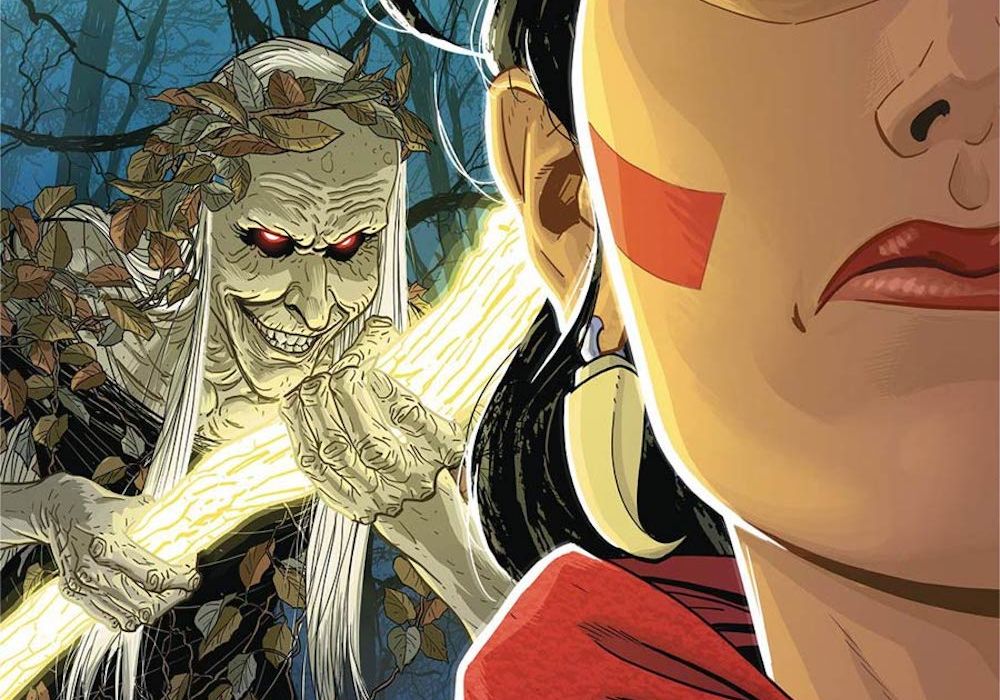 Dive into the passionate tale of War-Monger, both in love and war. 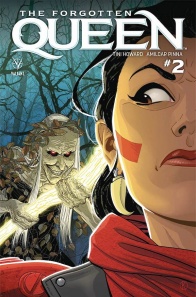 All’s fair in love and war!

True to the name she’s been called throughout history, the War-Monger knows how to get a good fight going among even the best of friends. The outcome of the battle never mattered to her – at least, not until she fell head over heels for the Mongol Empire’s most fearsome warrior. She can poison hearts against one another…but can she win one for herself?

Tini Howard is a very good writer when it comes to complex characters, regardless of their place on the moral spectrum. With Vexana, more commonly known as the War-Monger, she applies her skills to an infamous villain from the Valiant universe with great success. However, while heroes are shown to exist within the Valiant universe in “The Forgotten Queen” #2, primarily through cameos, they are not given any amount of intense inspection, with the tale leaning heavier on the neutral and malevolent ends of the shared universe.

To be clear, Howard’s work on Vexana does not portray her as a good person. At her best, she is merely amoral and uncaring. However, by pressing her into a situation that pulls her close to others, she is made out to be more than just an aimless wanderer and agent of chaos. Put together with a princess in the time of Temujin (better known to laypeople as Genghis Khan), she is forced to confront her supernatural ability to force others into conflict with one another and inability to bring about peace. On the one hand, her turn from amoral to truly immoral is tragic, showing the way in which her growing emotional ties can lead her to evolve from merely uncaring to deliberately antagonistic. On the other hand, not much room is given to the idea of her actually being a tragic figure in her own right, as she does not seem to conform to classic trappings of a heroic or villainous fall. Instead, the development all seems to be adding on to her, and appears to have all been in accordance with her own character flaws and motivations without regret, showing her to be all the more horrible of a person by way of connecting her with even the faintest hint of virtue.

Howard’s story is told in large part through Dr. Sarnai Oyuunchimeg’s modern day narration regarding Vexana’s history back in the early thirteenth century of the Common Era. Notes are made of when certain historical evidence disappeared or changed hands, and while the reader is shown how and why these changes occurred, the dramatic irony of the situation allows for us to see that early twenty first century archaeologists do not have the same level of knowledge. Poor communication is central to how the story develops, with our narrator being rather creepy, but the crew on her ship being at times overly, albeit justifiably, hostile toward her relative lack of reaction to the horrors around her. By placing modern observations about the likely actions and impacts of immortals on human history up as a backdrop to relatively quiet scenes roughly nine hundred years back, Howard creates an interesting, almost storybook-like quality to the narrative of “The Forgotten Queen” with just enough hints to give the impression that something is definitely not right about our narrator, from her focus on artifacts over people to her curious resemblance to another character that might hint toward the true meaning behind the title of this miniseries.

Amilcar Pinna’s artwork can easily be described as dynamic and passionate, with every part of the imagery geared toward heightened emotion of one sort or another. Confidence, lust, love, rage, and horror all play across the scenes Pinna portrays, the sheer exhilaration of the narrative itself working well with the designs and body language to make for an easy way into the mindset of Vexana’s many war-infused victims. Pinna uses perspective for a variety of reasons as well, in keeping with the emotional focus. From a worm’s eye view to a top-down perspective to a far off look at the work of War-Monger or a first-person perspective through her own eyes, he can fill his audience with horror, weakness, shock, and any other kind of emotions in the blink of an eye. These perspectives are all the more important in key moments such as a particularly gruesome murder, and Pinna doesn’t miss a beat in that regard.

Ulises Arreola’s color choices have significant thematic importance. The blue outfits of the army with which Vexana affiliates herself show a desire for peace, for control, but with an end goal of preventing further war. On the other hand, Vexana’s own red and black attire show a fixation on blood and violence, giving her the definitive air of an agent of chaos who is completely out of place in the arms of one who wants to end such a threat, more at home on the brown, dusty plains that she decides to roam. Even the greenery associated with a witch in a forest fits in better with its surroundings, showing that no matter where, Vexana just doesn’t quite fit, and always exists in conflict against her environment.

Similarly, the total lack of colors, with a silhouetted figure of black and white lines, creates an air of foreboding for readers, and then sheer horror when it is merged with a bloody red introduction. Pinna’s artwork may show passion, but Arreola’s colors provide an added focus.

Final Verdict: 8.0– Violent passion drives “The Forgotten Queen” #2 into a continuing interesting story about the earlier days of Vexana.