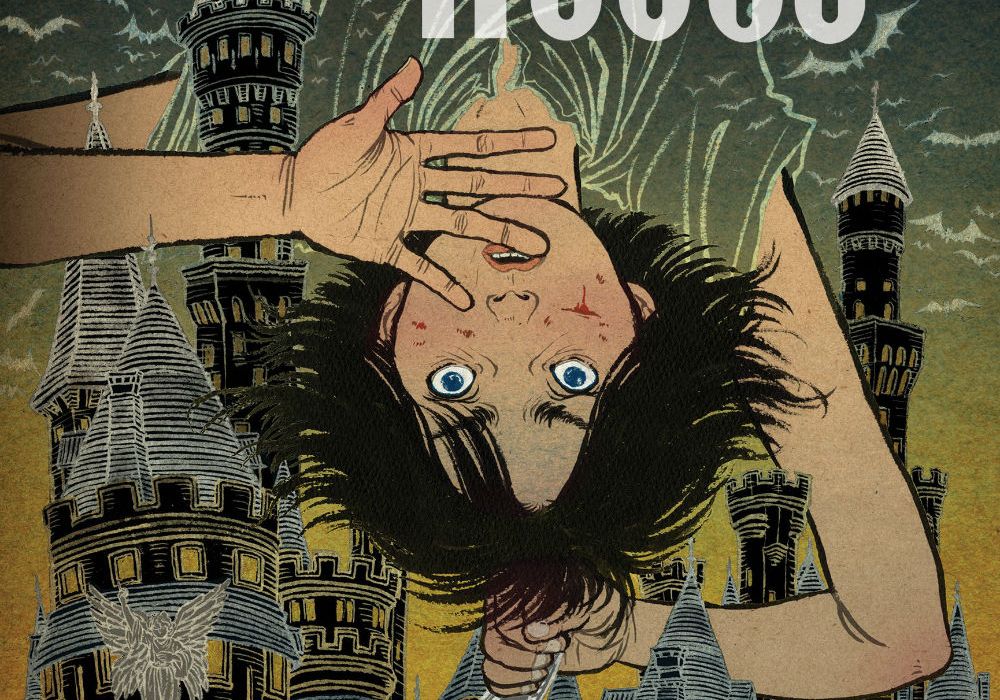 Mike Carey and Peter Gross, the same team behind “The Unwritten,” continue to expand the world around the Highest House, its denizens, history, and customs. In a tale that feels new and familiar at the same time, the pair proves they are some of comics’ best in terms of crafting new characters and taking them through truly transformational journeys. 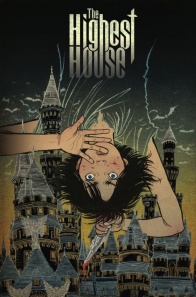 The creators behind The Unwritten, Mike Carey and Peter Gross, invite you into The Highest House, the story of a slave boy named Moth, who makes friends with a powerful entity called Obsidian that promises advancement and happiness. Clearly, Obsidian has a hidden agenda, but Moth has ambitions and plans of his own… * From the creators of The Unwritten, which was twice nominated for the Hugo Award! * Series covers by award-winning illustrator Yuko Shimizu!

The true test of any new series, especially one so connected with world-building, is to be able to balance that creative drive with strong characters. More often than not, either one of those aspects suffer in detriment of the other and readers are left either with a vast world no one wants to explore or with deep characters that seem to have nothing to do. “Highest House” escapes that trap by aligning Moth’s (the lead character) motivations with that of the world he inhabits: his journey seems to be very much the journey that will expand the knowledge of the aristocratic Highest House on itself.

Gross’s work is fundamental (in the truest sense of the word) for this issue to work. The buildings, architectures, and physical spaces are so important that they are truly characters of their own . . .  sometimes in more literal ways that what seems at first. On this regard, Gross is able to craftily align panel layouts to building structures, so whenever readers observe towers, panels loom more vertically, whereas when down in catacombs, they lean horizontally. It adds to the sense of ambience, freedom, or claustrophobia that is called to any given situation.

His character designs, on the other hand, are less inspired and come across as icons rather than individuals. Readers will quickly identify “the boy,” “the mentor” and “the amoral villain,” but there is nothing truly special about them, nothing that makes them stand-out from any other visual representation of the roles that have been seen several times before. Perhaps Gross was indeed going for that classic representation but, in doing so, has missed an opportunity to make Moth, Fless, and Temtoller just as memorable as the Highest House they inhabit.

Where Gross really shines, though, are on two dreamlike sequences, narrating events that have either happened in the past, or illusions/hallucinations of what is transpiring in the present. Line art, paneling, and a more fluid style to pencils all come together to create that sense of otherworldly reality. Worth mentioning that Alquier’s colors on these sequences really add to the experience and it is where the artist has more room to flex his muscles, especially considering that, for most of the issue, earthly tones for bricks, mortars, and walls are the norm.

Carey’s script is very good at balancing what is familiar with the medieval genre and scenario, but with enough twists and nuances to keep readers guessing. While initially Moth can seem like an analogue to “Ladyhawke’s” Gaston, details about his personality and, ultimately, hidden abilities make him unique. The same can be said about the mentor role that Fess assumes, quickly complemented by a wiser personality, linking it back to the religious backstory of that world. Even the so-called wizard Magister Extat is presented on a far more scientific light that one might assume, reminding readers that magic may simply be a science one yet knows nothing of. Talking about magic, there are moments where the script smartly plays with the sense of investigation that the readers are putting into the issue: are certain events really happening or are they part of Moth’s imagination and desires running wild? While the former is usually the case in comics, here the conclusion is still unseen and the question remains provocative.

The overall plot is equally inventive, mostly around how heroes and villains’s archetypes are presented. Save for one character who is truly amoral and evil (and whose story is dealt far faster than most villains on his position), all other presences are painted in less obvious ways. Not only is that better for the character development itself, but also to keep the next stages of the story on a more mysterious tone, drawing the audience in.

Final Verdict : 7.9 – “The Highest House” surprises in a lot of ways, from nuanced characters to a plot evolution that doesn’t reveal all of its cards before due time. With beautiful drawings that craft a compelling world against towers and walls (and despite of characters that visually look bland), this issue and series should keep readers curious for what the future holds.