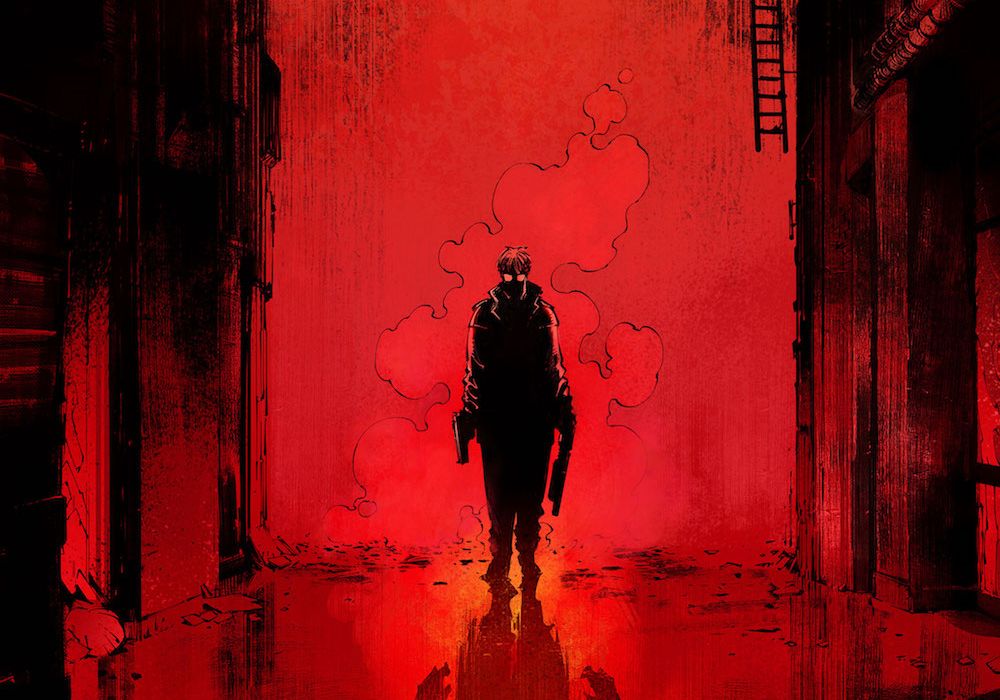 How does Jim Gordon do in his one-shot issue as a member of the Batman Who Laughs’s Secret Six? Well, as many a story begins, the interesting tale takes place on a dark and stormy night… 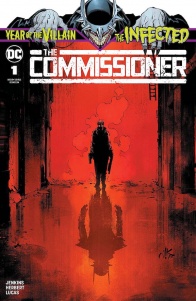 Commissioner Gordon has dedicated his life to the safety of the citizens of Gotham City. Sure, he doesn’t wear a cape, but this hero has chosen a thankless job, because it’s the right thing to do. But what happens when Jim Gordon’s sense of duty and honor is stripped away? What happens when Gotham City’s greatest public pillar of justice finally says “enough”? Spinning out of the events of The Batman Who Laughs and Batman/Superman comes the story of a man who has finally given in to his worst impulses-and he might just take the entire city into the darkness with him…

For the most part, James “Jim” Gordon, Senior has been relatively street-level in his fight against crime in Gotham City. Barring his time as Batman, he has rarely taken to using the same methods as the costumed vigilantes that populate Gotham City, super powered or not. As such, his inclusion in the “Batman/Superman” Secret Six may appear to be rather bizarre, as would giving him something of a unique costumed identity (albeit one with a rather simple name), even in light of the events immediately preceding that series in “The Batman Who Laughs.” However, though the odd man out in the group of superhumans, of various stripes, Paul Jenkins shows how his unique perspective on crime and vigilantism makes him a fascinating addition to the team by playing to Gordon’s strengths in the street-level crime of Gotham and the dread and despair his position allows him to create, rather than concentrating in on his more direct alliance with the likes of King Shazam and the rest.

Jenkins plays up “The Commissioner” as a kind of “hardboiled detective gone bad.” Using a narration style that is not too far removed from the likes of film noir, the sheer resentment and hopelessness felt by the corrupted Jim Gordon is on full display. Utilizing familiar beats and subjects to the likes of many a police-based crime story, Jenkins puts a harsh spin on them, diving straight into Jim Gordon’s loathing for the city that has taken from him far more than it has given in return. The sheer hatred is a type that readers can at times see under the surface of the champion for law in such a wretched hive, but pulled together in a way that is entirely internal, as if two completely different people were conversing within Gordon’s mind and through his mouth. The calm discussion on his part is in the vein of many a diabolical mastermind as he goes on about corruption in the police or his various plans within Gotham itself, even though he is just one of many pawns to the Batman Who Laughs. Together with the aforementioned sheer malice, this version of Gordon comes across as extremely disturbing in a way that few others can match.

Opposite Jim Gordon is his daughter, Barbara Gordon, in her role as Batgirl. Shown as the primary hero of the tale, her moral compass and lack of information on the infected lead to tragedy and sadness, from her fight against various criminals of Gotham City to her conflict with the relatively hostile police department and her own father. Even though Jenkins understandably does not give her as much focus as the title character Commissioner Jim Gordon, Barbara nonetheless takes up most of the direct combat of the story, between her discovery of recent unsavory behavior by the police and others supposedly of the law and her brutal battle with the aforementioned rogues. More than even his actions in regards to the security of the city, her reaction to “The Commissioner” demonstrates how much he has fallen from grace, especially with his relative lack of response in any way, for good or ill.

In keeping with the infectious encroachment of the Dark Multiverse, Jack Herbert’s artwork utilizes a lot of shadows in his overall dark penciling. In terms of internal logic for the story, the Shazam-caused thunderstorms would of course cause a far lower amount of lighting than the typical Gotham night, but the effect is even more prominent in terms of the overall mood of the piece. By emphasizing the darkness in even the calmer sections, Herbert leans into the noir-like attitude of the plot itself, while wallowing deep in the mood of dread and intrigue for both the hero and the villain as one or the other is in serious danger of going too far in their goals, developing into what seems to be a beautiful train wreck to come. In all, the shadows are capable of giving a rising sense of the hopelessness in the dark corners of Gotham as they rise to face the light, as well as how those of the light may push themselves down into the dark once more with their acts.

Complementing the dark pencils, the shades and hues provided by Adriano Lucas keep a similarly shadowed tone for the Gotham night, supplementing the already fantastic artwork with even more to make readers shudder. Use of red around Jim Gordon in particular gives the impression that the city itself is not only burning, but is also bleeding in some sense, especially in shots off into the distance away from the confrontations being directly viewed. On the other hand, the more varied, but still darkened, palette around Batgirl shows how she can still accurately assess what is right or wrong without a corrupted point of view, from the green of her binocular vision to the blue and yellow of her outfit to more colors beyond those for her surroundings.

This is quite the dark and stormy night for Gotham City, and “The Infected: The Commissioner” #1 shows how dark it can be indeed without a readily apparent dawn in sight.

Final Verdict: 9.0– The shadow of noir narratives is cast in a very intriguing way across the machinations of the Commissioner’s one-shot, creating a well-constructed single-issue story that invites readers to follow ahead.