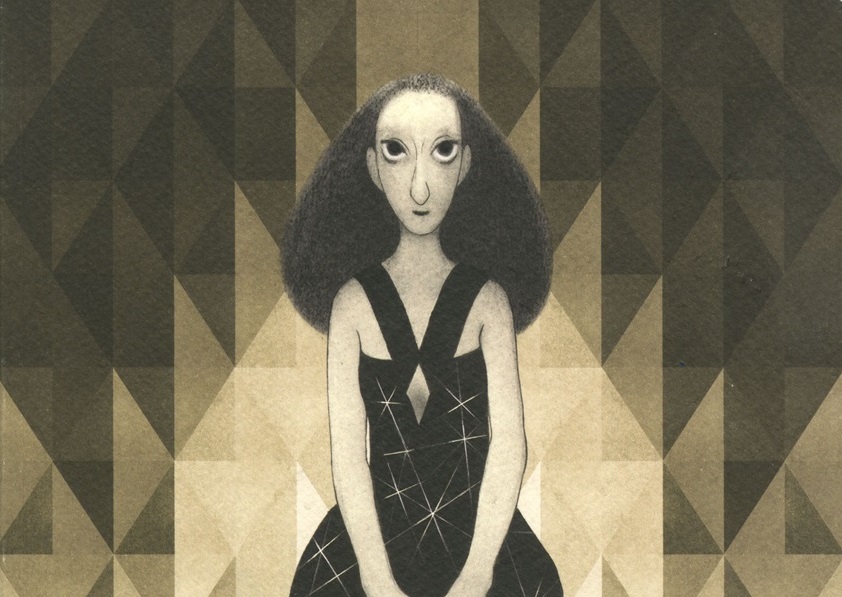 “The Interview” from Manuele Fior and Fantagraphics is an unusual tale, exploring sci-fi ideas but letting them unfold at a leisurely pace. 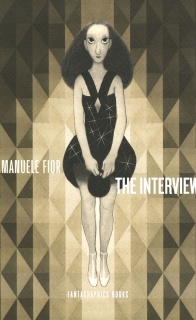 Written and illustrated by Manuele Fior

This graphic novel is set in Italy in 2048. Raniero is a fifty-something psychologist whose marriage is failing. In the sky, strange bright triangles appear, bearing mysterious messages from an extraterrestrial civilization. Dora, his young patient, is part of the “New” Convention, a movement of young people preaching free love and alternative models to coupling and family. She declares that her telepathic abilities can parse the signal ― a warning of some kind. Initially skeptical, Raniero’s curiosity and attraction grows. The Interview is a science fiction novel that eschews the stars in favor of the delicate, fragile, interior world of human emotion.

From the start, “The Interview” enchants with its pseudo-1960s black and white aesthetic. Of course, we’re actually in the future; but it’s still Italy, and it’s still sunny, and with its pristine town squares, flocks of birds, and windy car rides, it still looks like an Antonioni film. From panel to panel, each scene comes across with leisurely flair; from architecturally impressive establishing shots, to sensitive character portrayals as we move through a conversation.

The architectural details, apart from establishing the future setting, grab attention in their own right. There’s something so romantic-without-trying-too-hard about an establishing shot of futuristic buildings in the sun, tiny figures milling underneath them. It’s almost as though the long shots featuring no identifiable characters have just as much interest as close-ups of conversations, which is no mean feat.

The characters themselves are somewhat more simple than their environments, with gently caricatured features. They have subtle, immediately recognizable body language, and particularly with the younger characters, an ineffable sense of cool. All the while, the clothing choices hint toward the future setting in a somewhat ironic way: in the future, apparently, everybody wears geometric patterns.

Fior’s knack for camera angle keeps our movement through each scene dynamic. We’re constantly getting new angles on a scene, exploring it deftly, and leaving plenty of room for the beauty of the characters’ surroundings to come though. Frequently, through camera angle, Raniero’s gaze will come to the forefront, steering us to a particular detail – say, his wife’s legs under the table – and signalling his state of mind.

In all this there’s still room for formal experimentation; the best example would be a romantic encounter which Fior lays out as a series of blacked-out panels. Later, the scene is replayed with some details added, bringing us further into the emotional world of the characters.

Meanwhile, the hand-lettering suits the overall tone beautifully; this is an improvisational tale with few constraints, and the casual look of the characters’ dialogue reflects that.

The unhurried pacing has us wandering through a story that asks questions about fidelity, human connection, and generation gaps. To run through it briefly: psychologist Raniero witnesses the same celestial phenomenon as one of his patients and quickly falls in love with her, gradually coming to believe her when she says she’s telepathic. His recent car crash and home invasion, however, call his perception of events into doubt, and he experiences several breaks with reality wherein earlier moments in the narrative are replayed.

In the middle of all of this, the story takes several thoughtful detours. Conversations with Raniero’s abrasive friend, who sleeps with interns and then wonders why anyone thinks he wants a divorce, offer a contrast to Raniero, who enters into his affair unhappily. Raniero’s wife, meanwhile, comes through vividly in the short amount of time that we see her; there’s no simple “old wife bad, new lover good” dichotomy happening here.

In the end, the celestial phenomena are part of something much larger than either Raniero or Dora imagined, and the implications of it dwarf anything explored in the story beforehand. Underneath everything, this is a first contact story, albeit one with a somewhat confusing trajectory.

To that point, the epilogue to the book is both visually stunning and mysterious, projecting us even further into the future and ultimately asking more questions than it answers. The theme of telepathy as a metaphor for human connection is underscored here, although it remains open to many interpretations.

All told, this is a somewhat obscure read with a lot to offer in terms of ideas and visuals. None of it comes to a crisp conclusion, but that would undercut the whole tone anyway: mysterious, relaxed, vaguely wistful. “The Interview” occupies a unique space: a piece of chilled out, thoughtful, and cinematic sci-fi.