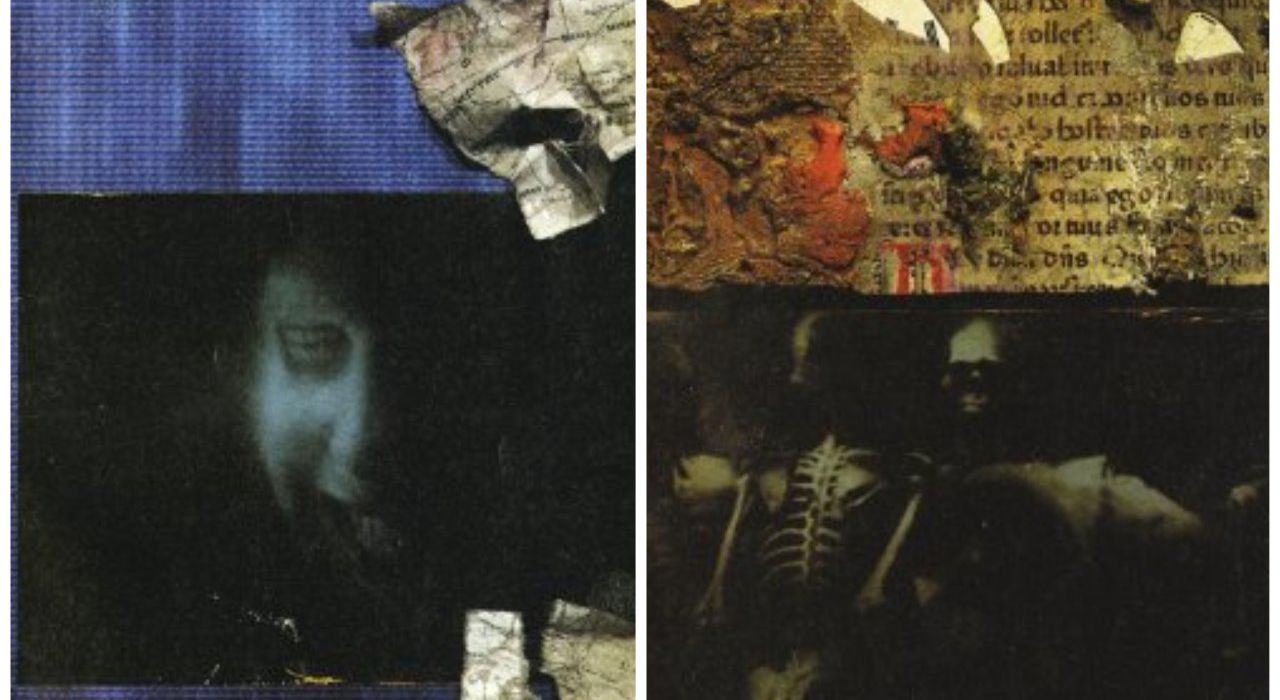 A lesson in immortality provides us a break from Rose’s search for her brother in our latest Summer Comics Binge of “Sandman” but then we pick right back up with things . . . and those things get wild.

Please note that these issues do contain a scene of sexual assault against a woman, as well as several scenes where graphic violence is discussed at length. 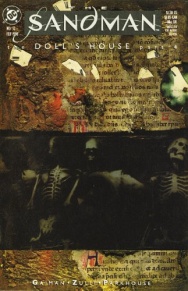 In a stand-alone story spanning centuries, Morpheus grants an ordinary man named Hob Gandling a gift allowing him to cheat death. Over the many years, Morpheus revisits Hob to see how a human would deal with unlimited life–for better or worse. But both Hob and Morpheus learn surprising lessons… 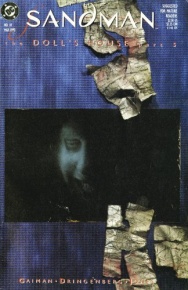 You’re cordially invited to a convention unlike any other. Where murder and chaos are praised and the depraved urges of psychos are openly celebrated. At this convention of serial killers, the only admission is your life. Hopefully accidental attendee Rose Walker can make it out alive.

Freddie Mercury asked the question perfectly: who wants to live forever?  Eternal life seems like the best thing since sliced bread on the surface, but what price does it come with?  This is a question explored throughout culture on many levels, and it should be no surprise “Sandman” also tackles this question. In a break from the ‘A Doll’s House’ arc, we issue #13 takes us on a journey through time where Morpheus grants a man the gift of cheating death, with a caveat: he must meet Morpheus at that same pub in one hundred years’ time to see how this experiment is going.  And over each century, Morpheus and Hob meet, reveling in the changes the world and themselves, building towards something that Morpheus desires but could not easily articulate: a friendship.

Often when stories of this nature explore the consequences of living forever, the focus is on the negative: outliving those you love, a perpetual loneliness.  And those issues do come up in this story as Hob travels highs and lows through time, but the focus is less on Hob and more on Morpheus, revealing something else about his character: a desire for others. Little by little, we find out more about Morpheus in the context of his world, making this a story of dual tracks: a life story and a supernatural story. The question as we progress through this series is how to keep these dual narratives in balance.

We also get an appearance by Constantine once more in this issue, but as Johanna Constantine.  She has been tracking Morpheus and Hob for a few years before their fateful meeting in 1789, but we do not know the end for her mission.  It’s a nice tie back to the larger story in this one-shot, and I can imagine that the true purpose for this meeting will eventually be revealed.  Nothing in this series is superfluous or for its own sake: it all ties back to something larger, which keeps you reading carefully throughout each issue, lest you miss anything.

The art team that kicked off ‘A Doll’s House’ takes a break for this issue, with Michael Zulli making his penciling debut on the series. (He will be back for the final arc of the series.)  He is a dark and realistic artist, not afraid to tackle deep philosophical subjects. (One issue he drew: a never-published issue of “Swamp Thing” where the title character met Jesus Christ.) This commitment to realism shows in the craft for each setting when Hob and Morpehus meet: detailed, properly period specific with few anachronisms, but not gratuitous.  The focus always remains on the constants in this story: Morpheus and Hob, proving that old adage: plus ça change, plus c’est la même chose.

Now, issue #14 brings us back to our main story, and starts to bring all our characters together: Corinthian, Rose, Gilbert, Morpheus.  Things convene at a “cereal” convention, but we’re not talking Froot Loops and Frosted Flakes here. It’s a convention for serial killers.  Rose and Gilbert are also at this same hotel, which should not be the case – – the convention wanted the hotel to themselves, but Rose and Gilbert have been ordered to stay put by the police.  Rose’s desire for some fun puts her in a compromising spot, and that brings our principals together, setting up what will be a final showdown.

This was an extra long issue, and I admit that my mind started to wander in places.  It had me thinking that while I enjoyed the standalone story of Morpheus through time from the previous issue, I also question its necessity when there was still so much ground to cover.  Pacing in this issue was off, with too much time devoted to the actual convention itself and not enough time to Rose and Gilbert and their places within it all.  That said, there is some beautiful exploration of metaphor early on in Gilbert’s version of a Little Red Riding Hood story whose words provide prophecy for the danger Rose faces later. And Todd Klein provides a master class in panel layouts that adds tension, mixing small with large to help set a scene properly.

It’s also important to note that this is the first time we see a full and proper look at Corinthian, and he looks nothing short of perfect.  In fact, too perfect.  And as we’ve explored in previous reviews, what appears normal, conventional, ideal in this series is in fact far from it.  So you know the minute your eyes lay on that toothpaste commercial smile the shudder goes up your spine, for you know that this failed dream of Morpheus is capable of depravities your mind cannot begin to comprehend.

And we have two more issues left to see just how depraved Corinthian can be, and what lengths Morpheus will go to in order to stop it.

If you want to read along with me this summer, single issues and trades are available through comiXology. As of this writing, the first eight issues of the comic are also available on DC Universe Infinite.  You can also check your local library for trade and collected editions of the series. 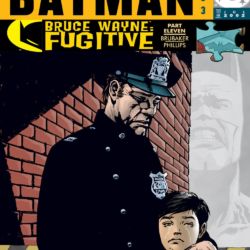 ‘Bruce Wayne - Fugitive’ comes to a startling conclusion in these chapters, mostly because I skipped 15 of the 18 chapters. And yet, I feel like I missed nothing. Funny how that is. 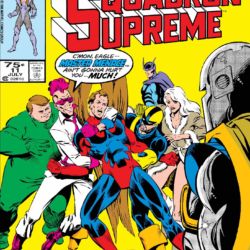 As we dive into the penultimate issue of “Squadron Supreme,” I kind of regret not keeping a running total of Squadron members who left the team, either by death or choice. But turns out, I didn’t need to. Four members have resigned for moral reasons. Four members, including two rehabilitated (mechanically) villains, have died. And […] 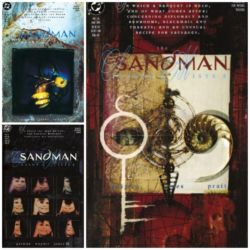 With Morpheus holding the literal and figurative key to hell, everyone from the spiritual plane descends on the Dreaming to gain audience with him and determine if he will keep Hell to himself or turn it over to a new leader.Written by Neil GaimanPenciled by Kelley JonesInked by P. Craig RussellColored by Daniel VozzoLettered by […]