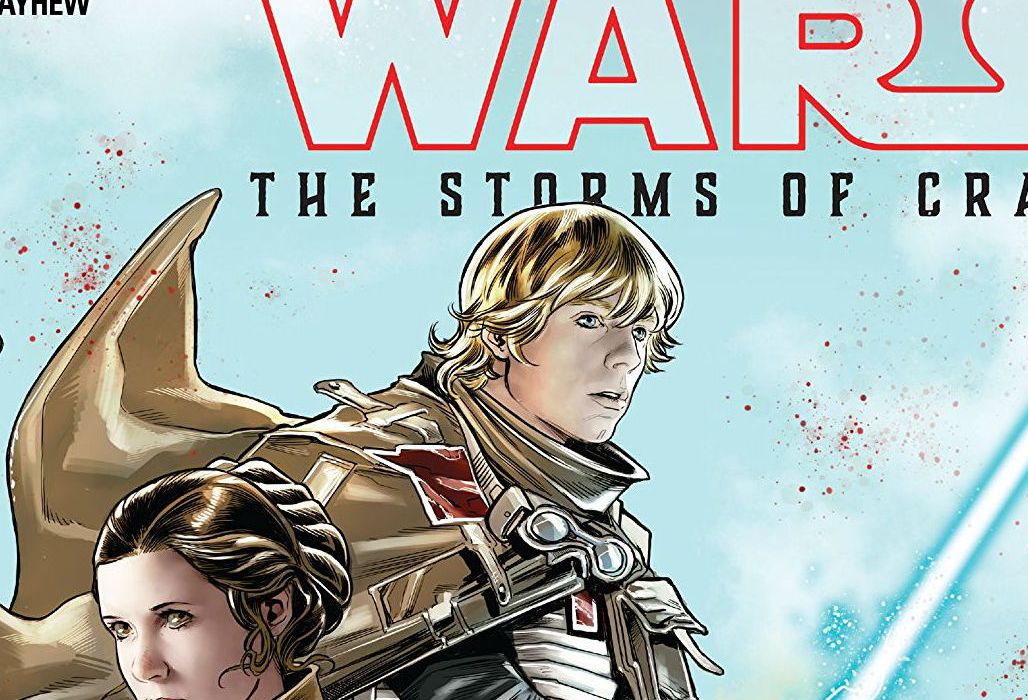 What’s the mystery behind that mysterious mining planet Crait that moviegoers saw for the first time in The Last Jedi? This new comic from Marvel introduces us to the backstory behind the land of the blood-red sand. 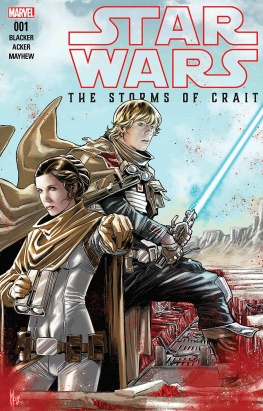 A remote mining colony proves strategic for Han, Leia, and Luke, currently on the run from the Empire after the destruction of the Death Star and in need of a new base of operations.  A family friend of Leia’s is already on the ground and presents himself as a partisan for the Rebel Alliance cause .  . . but his intentions don’t appear to be 100 percent in their corner. Throw in some serious salt storms and some creatures that find Luke to be an appetizing snack and things don’t look good for our intergalactic trio. Will they survive a Stormtrooper invasion and the wildlife of planet itself?

Marvel’s newest Star Wars book capitalizes on the popularity of the latest film with a look at the planet whose wine-colored sands dazzled moviegoers in the final half hour of The Last Jedi. To recap from the film: Crait was presented as a former mining colony and Rebel Alliance outpost with impenetrable fortresses that the Resistance could use to regroup and fight the First Order. This particular comic, set directly after the events of Rogue One and A New Hope, presents a backstory for Crait and the Rebel Alliance’s involvement without spoiling significant aspects of the current film (smart). However the narrative runs quite formulaic: rebels need a place to hide, they find a place to hide, they find someone who presents as ally and turns tail, bad guys find them, big lightsaber fight, victors and losers, lessons learned. Strip out the planet and its name recognition from its recent cinematic appearance, and this could be any Star Wars comic story.  With two writers on this book that have a wealth of franchise history at their fingertips (films, literature, comics, video games, TV series, etc.), I expected a little more sophistication within the narrative. That aside, Ben Acker and Ben Blacker get their characters right in dialogue; they turn up Leia’s sass meter to 11 and give Luke an extra dose of altruistic innocence.

The numbering of this issue is also misleading. Why number your issue as a #1 when it’s clearly a one-shot? I can’t be the first person who saw that and thought of the potential for various arcs (writing quality issues in previous paragraph aside): a prequel based on the mining history of the planet, further extensions of the Rebel Alliance adventures, a continuation of the conclusion of Last Jedi. If your story is a self-contained story (as exhibited here by the “The End” in the final panel), there’s no need for numbering on your cover.

Mike Mayhew gets his art right on the planet Crait. The contrast of the dazzling white salt sands and the crimson underbelly is unparalleled, and looks just as rich in print as it did on the screen, perhaps even brighter here (you notice this best in a two-page interlude with Han and Leia in the Crait mines). Perhaps it is too dazzling; no planet that has been abandoned for decades after a primary industrial use would or should look that pretty. Crystal clear blue skies with the white terrain below make you feel cold just looking at those panels. The salt storms leave a lot to be desired, though — Luke implies they are “deadly and could trap us in our own base for years,” but they look like nothing more than a heavy downpour. In terms of character art, Mayhew pays perfect homage to the late Carrie Fisher in his depiction of Leia (right down to her cinnamon roll hairstyle); at times I wondered if I was looking at photographs of her from the set of A New Hope. Han and Luke look less like their movie counterparts for the majority of the book, though there are a few panels here and there where you see flashes of a young Mark Hamill and Harrison Ford. The main antagonist, Trusk, looks like a cross between Guardians of the Galaxy‘s Yondu and Colonel Sanders — not surprising as Mayhew has done work on some Guardians books.

For all the sound and fury the solicit for this title promised, and the sound and fury of The Last Jedi, this book just simply did not deliver. The opportunity to explore the newest world in the Star Wars universe has been squandered towards a one-shot with standard-issue narrative. Artwork does show potential (and Marco Checchetto’s glorious cover has hints of Renaissance frescos in tempera paint), but artwork alone, even in the highly visual medium of comics, cannot save mundane writing.

Final Verdict: 4.1 – There’s nothing original or outstanding with this story besides a location that is new to the Star Wars universe and easily recognizable from its movie appearance. Decently executed art can’t save a cookie-cutter story.