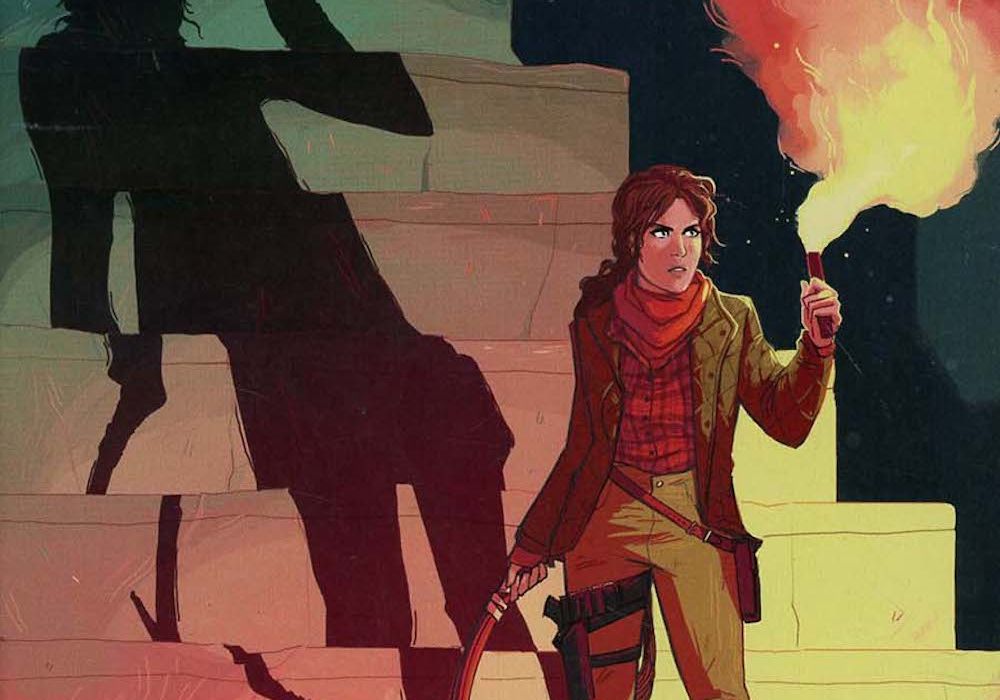 With a simple story to set up the miniseries, “Tomb Raider: Survivor’s Crusade” tells of Lara Croft’s post-Rise life in a good, simple way. 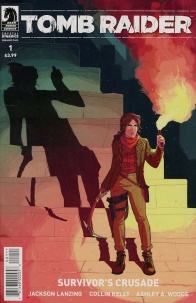 Lara Croft has unfinished business. After facing Trinity in Siberia, she’s more confused than ever about her father’s mysterious death. She’s been training and following flimsy leads, preparing herself to figure out what really happened to Lord Richard Croft. Now, she’s ready to put everything on the line to uncover the truth.

Many tie-in comics to video games have a singular major pitfall: the way that they are written, they have a necessity that readers be aware of the main product. In a sense, this area is where “Tomb Raider: Survivor’s Crusade” #1 excels above them.

Rather than build a story that requires prior knowledge or is otherwise confusing without it, Jackson Lanzing and Collin Kelly combine their efforts to write a relatively simple tale with all necessary information built into the story of the issue itself. Furthermore, the ability to integrate a new audience is compounded by another development that makes things, while not worse for newcomers, even better for returning readers and/or players. Lanzing and Kelly actually move the story forward beyond the games’ story in a way intricately tied to the series, and seems to be a way of settling a lingering question left over from the second of the video games, Rise of the Tomb Raider.

That isn’t to say that this method is completely without fault. Much like other more recent video game plotlines, the decision to move important, even critical plot information to other media can cause a whole host of issues, stretching back for the video game industry as far as 2009 at least. However, that is a discussion for another time and another medium. If anything, it shows that this story is well written enough that Lanzing and Kelly could have integrated it into any other medium. Their style fits the franchise so naturally that the entire issue feels like a video game opening cutscene for a third game in the franchise.

The minimal dialogue for most of the issue, kept to the repeated attempts to send out a phone message to Jonah Maiava, helps Lanzing and Kelly to keep the focus on the action and determining what their protagonist can do and elements of her personality, with dialogue in the present showcasing more of her intellect and determination. While some fans may find it odd that Jonah is identified as Lara Croft’s best friend instead of Samantha Nishimura, the development does make sense in light of developments in the prior comic volume and game.

Action scenes are well thought out, emphasizing Lara’s resourcefulness in building and utilizing a variety of do-it-yourself pieces of equipment as well as stealing the weaponry of those she fights. Skills like a three-arrow multishot from a bow also shows an upgraded version of the double-shot skill from Rise, with Lanzing and Kelly not even needing a word to show how Ms. Croft has developed her archery.

The antagonists in Trinity continue to show a variety, with this latest far more religious team as a contrast to the mercenaries employed in Rise under Konstantin. Their focus in on such artifacts as the Cross of Stars shows that they finally do have some kind of focus beyond yet another trip toward immortality (a gimmick that was really getting old after two plus games), and that maybe not all of the tools that they look for are actually relevant or even mystical.

Although the issue opens up with a rather bizarre climbing sequence at a virtually uninhabited area that doesn’t seem to mesh well with the trip through (and under) Corniglia, Italy, perhaps that can be forgiven due to its use in establishing some more of Lara’s skills, not to mention being very well drawn as an establishing shot.

Ashley A. Woods’ artwork has some significant differences from Phillip Sevy on previous comic arcs. Her use of shadows and light creates a more three-dimensional look to the characters, with focus on close shots and some no-background actions such as throwing some handmade dynamite. Some of the deeper shadows and brighter lights also show either a more foreboding side to Ms. Croft, or a happier, more relaxed perspective to the outside world. Fight scenes lack the wide sweeping establishing shots of some of Sevy’s work, but make up for it by showing Lara’s own perspective, rather than a shot of how the fight could go for an audience.

The coloring from Michael Atiyeh is, as ever for him, very well done. Using a sandy color palette outside in the streets in contrast to the far more varied hues and shades of trees, umbrellas, or clothing, Atiyeh shows Lara as almost more at home in ruins than with most people, given her clothing is closer to the older architecture than the modern day people. On the other hand, the people of Trinity have far more color to them, with varied color schemes for each member ranging from reds to blues to greens and even whites and blacks.

The artwork, whether through the coloring or the penciled artistry, also has a sizable amount of emphasis on glow, one that helps to instill a sense of realism. From the morning glow of the streets to a red laser tripwire to the red-and-orange of Lara Croft’s DIY explosion, the use of a glow is just as important as the shadows in making this world so lifelike, so interesting.

On the whole, this opening issue for the “Tomb Raider: Survivor’s Crusade” miniseries gives a lot to look forward to. While it is mostly written for fans of the rebooted franchise, newer readers will have something to enjoy nonetheless.