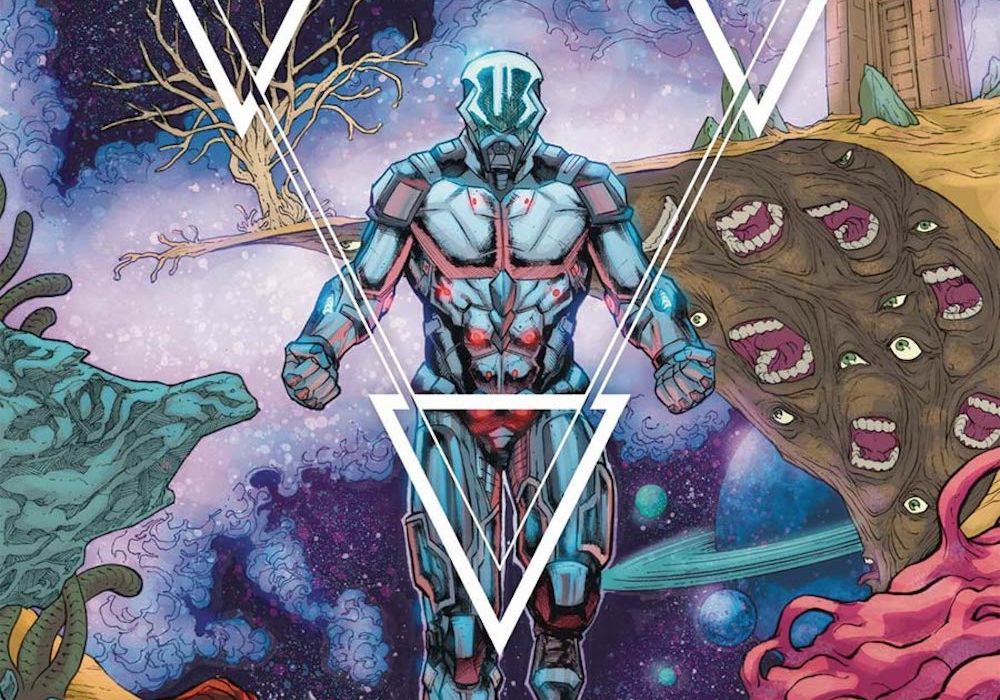 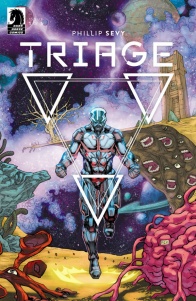 A dedicated nurse named Evie Pierce awakens to an unfamiliar world alongside two other women–one, a young and snarky superhero; the other, a hardened rebel military commander of a post-apocalyptic world. When a mysterious figure begins to hunt them down, the women must work together to survive and discover why they were assembled.

What happens when everything you ever wanted, all you built in life is ripped away, leaving you without a sense of purpose? How will the people you surrounded yourself with react to how you change as a result? When everything you ever knew is taken away, what do you stand for? If you are thrown into an utterly unfamiliar environment in the midst of it all, losing all ability to orient yourself, where do you belong? In short, with your world taken away, be it literally or figuratively, who are you?

Although he is most famous for his illustrations (to be discussed below), Phillip Sevy is a talented writer as well. While his work is seen in the likes of “The House” and “Paradox,” it is here in “Triage” #1 that he truly branches out into an intriguing tale, all the more effective because he maintains direct control over all elements of the project but the lettering. Therefore, rather than rely on others to be absolutely certain that his vision is met, Sevy is capable of writing out concepts that he is completely aware of how to handle, along with what he could visualize in his mind.

With “Triage” #1, Sevy is able to craft a rather complex narrative encompassing at least four different genres within the pages of a single issue. On the one hand, we have Evelyn “Evie” Pierce’s life in a land not unlike many urban dwellers in the modern day. On another, we have Ms. Orbit’s experiences in a futuristic metropolis ripe with superheroes and giant robots. On a third, we have Commander Marco and her battles against marauders amidst a desert land of scavengers in what appears to be a post-apocalyptic scenario out of the likes of Mad Max. And after those three are established, things get much, much weirder, stretching deeply into more heavily science fiction elements to give a taste of what is to come in subsequent issues. Using the woman most similar to the reader (Evie) as the initial focus point, then spreading it out toward the end of the story, Sevy enables his audience to see a complex, genre-busting tale in the making for even “Triage” #1 alone.

Once the principal trio is established, Sevy wastes no time in determining how they interact with one another when deprived of their most familiar environs. In a location and scenario that is beyond any of their ability to fully comprehend, faced with a threat for which none of them have enough preparation by a long shot, their skills are put to the test, showing how easily Sevy can navigate an eclectic band such as this one in such a brief remaining page count.

Along with the script, Sevy’s artwork shows exceptional skill with management of pacing, moving from relatively slow scenes to high-flying action without missing a beat. The entirety of the art style is his practically trademarked dynamism that he uses in his work on “Tomb Raider” comics, and the varied perspectives, from bird’s eye view to a vision through flames and more beyond, all point to “Triage” as a series that could easily be applicable to television as much as to comic books.

Sevy’s use of color is probably one of the most interesting parts about his artwork in “Triage” #1 on account of the sheer variety in place. Utilizing at least four different color palettes and styles to denote different locations, he is able to make each and every one of the protagonists’ scenarios visually distinct in a way that carries over into their designs. The overall effect feels both experimental and visually stunning at the same time.

The color choices help to showcase the tone of each of the women’s origins. On the one hand, we have Evie, whose mundane, familiar surroundings are relatively subdued when compared to those of Orbit and Marco. Using a variety including white, pink, yellow, brown, and everything in between, none of the hues are particularly eye-catching, which seems to be the point. By deliberate contrast, Ms. Orbit’s natural environment is filled with bright, blinding, almost glaring colors that appear to be in the vein of neon lights, such as her own pink and aqua outfit. Of course, the colors are not beholden to all of the world around her, but the effect is nonetheless relatively overbearing in a very effective way, making her stick out like a sore thumb against the more grounded other women. Third we have Commander Marco’s muted colors with an extra emphasis on reds and browns, fitting in well with a desert environment, but otherwise giving the overall impression of someone who is a rough-and-tumble leader of a gang or resistance unit in an extremely harsh situation, making her the “grittiest” of the trio even before she does anything. Even the backdrop of the location where they are forced to work together is different, an intense variety between all of the above in a manner that almost seems to show off Sevy’s skill with the choice and utilization of different colors in a beautiful alien world.

Who are we when all else is gone? It’s hard to say, but here’s to the journey toward finding out.

Final Verdict: 8.5– Philip Sevy’s dream project is off to a fantastic, fantastical start.