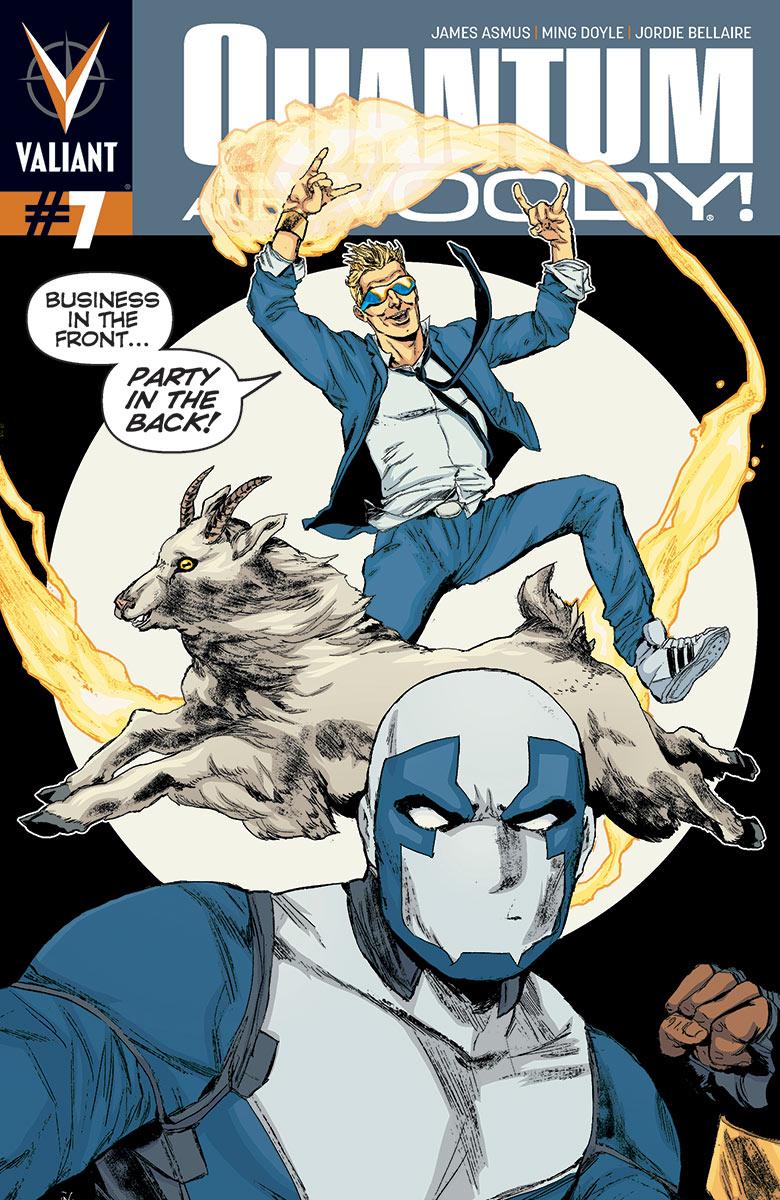 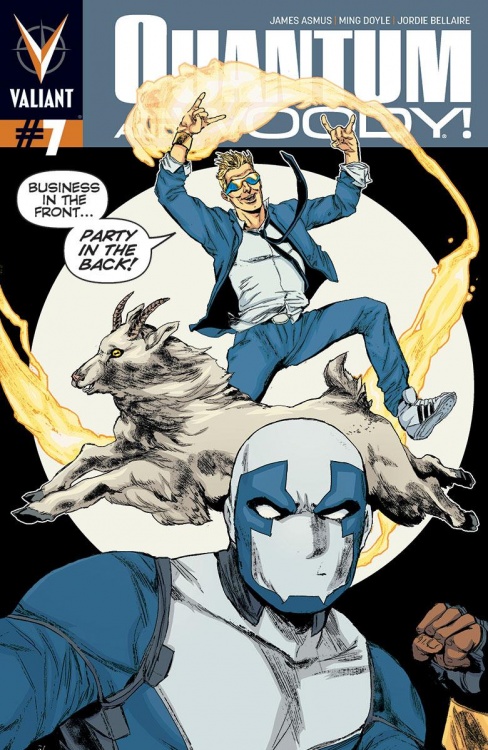 This book you guys. This book. Yet another perpetually entertaining, consistently surprising onslaught of funny and awesome, as Woody escapes by baptism and Quantum is saved (partially) by his own fame (who would have thought a white supremacist group would think Quantum was the best?). Oh, and Sixty Nine is almost taught the powers of phone sex, sets off to rescue Woody with the help of packhorse/warhorse in the form of their goat. This book is so off the rails awesome, but it always exists from the characters out, so it just makes us care about them more and more as we read it. Meanwhile, Doyle’s art sells so much of the humor that she deserves a medal, and moments like where Woody escapes from his captors become panel of the week worthy events.

This book rules, and continues to fire on all cylinders. If you’re not reading it, you are really missing out.

Final Verdict: 8.5 – yee-haw! This book baptized me with awesome! 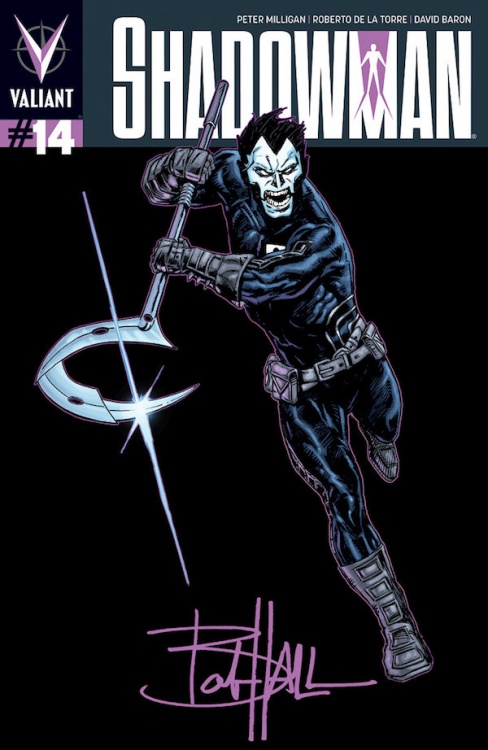 I’m of two minds on this issue.

On one hand, this issue was much better than the last one, as it made a good bit more sense given that it was the second part of the arc, and there were some really dynamite moments in de la Torre’s art. Every once in a while, you’ll see a piece in his work that makes your jaw drop, with some of the more dynamic looking figures and scenes out of any artist around.

On the other hand, this issue was still mostly a mess. When de la Torre’s art wasn’t working – the moments where it was overly dark – it really didn’t work, being more on the incomprehensible side than anything (at one point, Jack’s arm looks completely dislocated), and the constant solid color atmospheres were utterly perplexing. The story itself just has me completely disconnected, as we went from Jack realizing his potential and defeating his great enemy in the last arc, to him being a complete and utter disaster of a character in this one. Is he killing people? Is he losing his mind? Right now, my bigger question is why should we care?

Dark times are here for “Shadowman”, and I really hope things will start getting settled and more interesting as we get further into the arc. 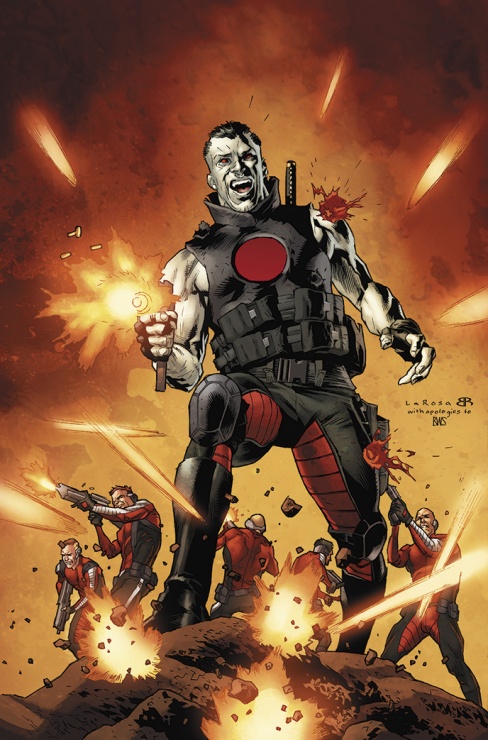 “Can we pay them to kill him?”

Bloodshot’s first line in this issue is that, as he reacts to PRS head Kozol’s kidnapping. Lines like that appear throughout, as this book really is starting to do what X-O Manowar did over the past year – figure out what it is. Dysart and Gage give us concentrated badassery in this issue, leaving one-liners and bodies in the wake as we read the issue. It’s really entertaining to read, but the art? The art is a bit of a problem. While Bart Sears and his overly roided out characters are a great fit for this title in theory, it’s all just a bit too comical to look at in the story. Sometimes it works, sometimes it doesn’t. ChrisCross, who’s work I typically enjoy, emulates Sears seemingly in this issue, and that does the book no favors as well.

So it’s a tale of two halves: entertaining story and dialogue, but art struggles throughout. This is a book that really could go for an art upgrade, even if it is cool to see Sears work on interiors again.

Final Verdict: 6.5 – really enjoying what Dysart and Gage bring to the table, but the art is still a struggle