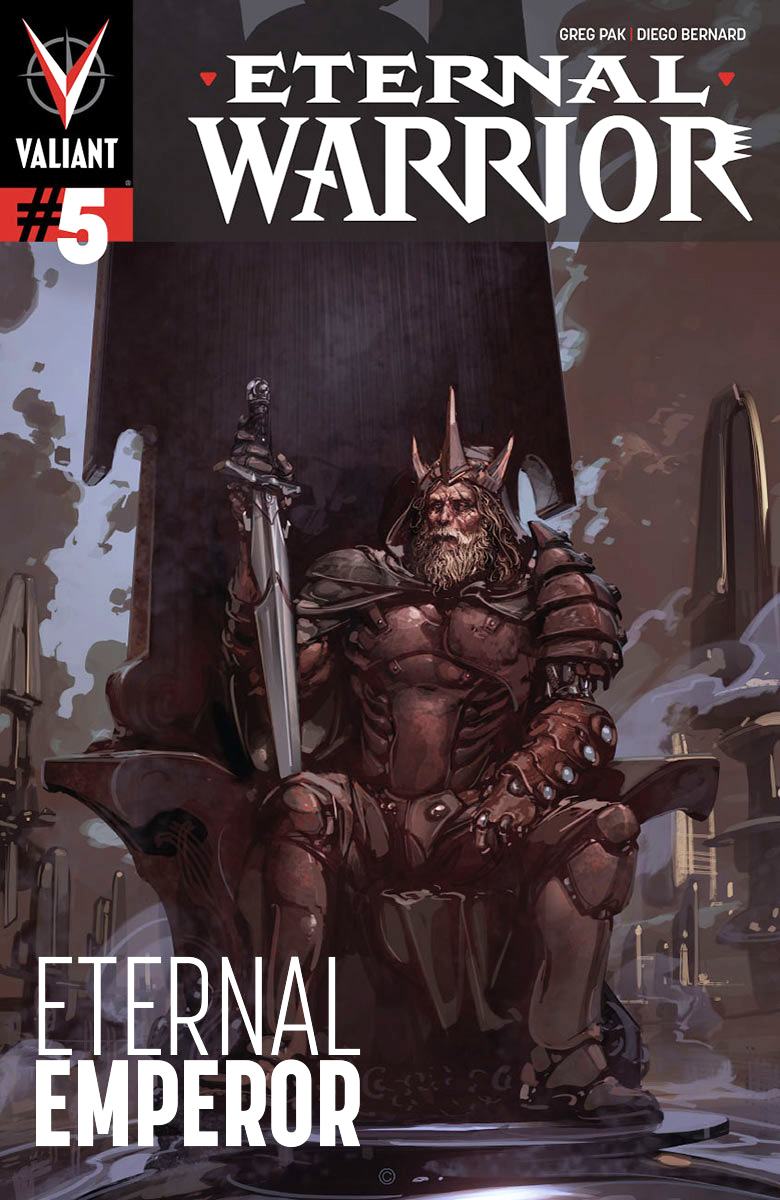 Maybe the best week of Valiant releases in some time arrives, and here’s a spoiler: you’re going to want to buy these books. 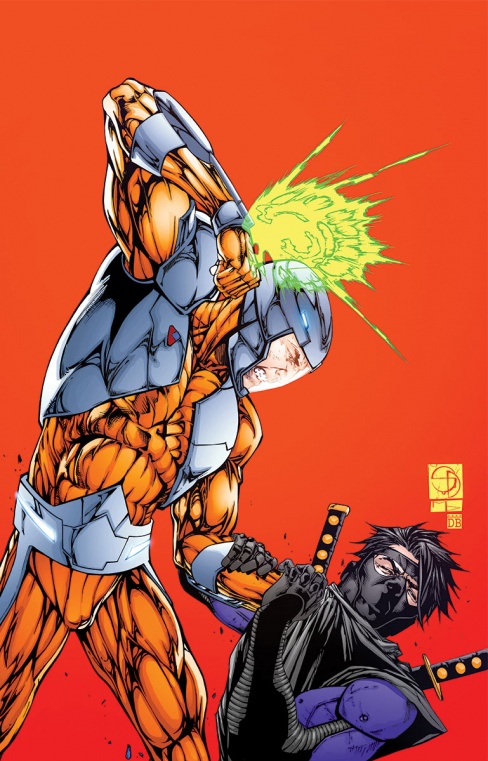 After reading Unity #3 last week, I had to wonder: what was going to happen with X-O Manowar now that Aric doesn’t have his armor, and to his people?

This issue reveals just that, as, after a little bit of backstory building into the moment, as the Visigoths have been put into an internment camp in…somewhere…waiting for either death or relocation. Aric is really all M.E.R.O., the group who has them captive, is after, and after a little bit of testing they find out that he still has some level of connection to Shanhara through the left hand it reformed for him. Quickly, we come to realize Jamie Capshaw (an outstanding character to add to the cast) wants to either leverage his power, or use it, as it is revealed they want to use his power as…AN AGENT OF M.E.R.O.

Yeah, I’m totally in on that.

Venditti does a good job of meshing this story with flashbacks to how Aric became the way he is, and it’s something he’s done a better job at achieving a balance on as we’ve moved along. Plus, he introduced a character who nicknamed his room to speak in private his “champagne room” which is just hilarious. Hell yes, Venditti. Hell yes.

While Trevor Hairsine’s art isn’t my favorite work, he fits the sequence at the open of this issue, and it paves the way for Cary Nord to continue to completely impress me. Seriously, someone needs to explain to me how his art process or tools have changed since the launch of this book, because this guy has went from a rock solid artist to someone that routinely floors me. I love everything about his work, from his highly expressive yet very real feeling characters to the subtle and understated colors. He’s so on point right now, it’s killing me.

X-O Manowar’s 2014 launches really well, and I’m really glad to see that Valiant has done a great job in spinning this book out of its previous event in an exciting and new direction, rather than what happened after Harbinger Wars for Bloodshot and Harbinger. This book has all cylinders firing right now, and I’m in on it, big time. 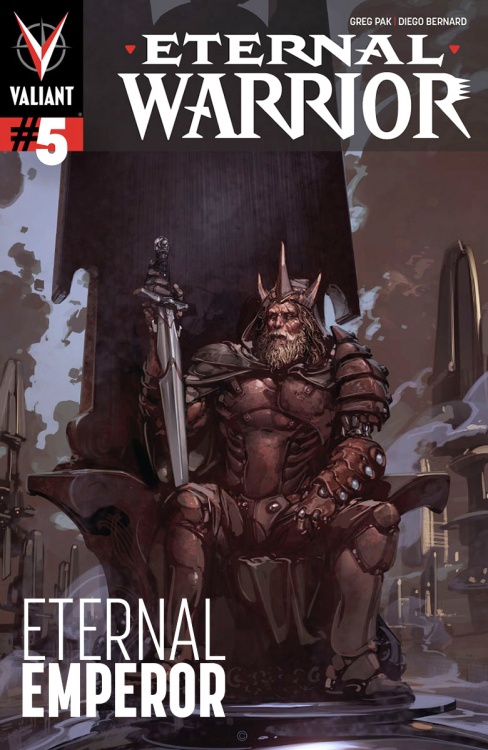 Last month in my review of this book, I mentioned how it hadn’t found its legs quite yet, but with the 4001 arc approaching, I said it looks like it might be about to find them.

I had no idea how right I was going to be.

This legitimately was one of the best single issues Valiant as a whole has released so far, as Greg Pak and Robert Gill deliver an incredible opening chapter to what feels like Valiant’s “Old Man Logan.” For me, as a huge fan of that arc, that is a big compliment.

This arc finds Gilad taking the role of an Emperor for a small tribe, trying to survive in what looks like the most dystopian of dystopias, and he’s a man who rules both with his fighting skills and the knowledge and wisdom he’s developed in his eternal life. Pak makes Gilad infinitely more interesting than he has been so far in Valiant, a war torn, life hardened man who wants to take care of his granddaughter first and his people next, but only if it fits his goals. Caroline, his granddaughter, is a fantastic creation, alternating being a junior badass and a reminder of the morals and ethics that Gilad sometimes fits after being desensitized to life through the years. Their journey to save the people of their tribe starts off very well, as Pak does a superb job introducing us to this world without giving too much, taking us through the landscape and the people who fill it (including one particularly unlucky gentleman who loses an eye).

This is one badass, inviting book, and a big part is having an artist in Gill (who’s work I have never experienced, previously) who can fully realize what Pak is trying to do, but also giving the story room to breathe and blowing us away with the way he brings it to life. Bonus points to the fantastic design to Gilad, especially once he’s crowned up, as he really feels like his title: “the Eternal Emperor.”

This is the Eternal Warrior book we’ve been waiting for, and I really cannot wait for next month to arrive so I can read the next part.