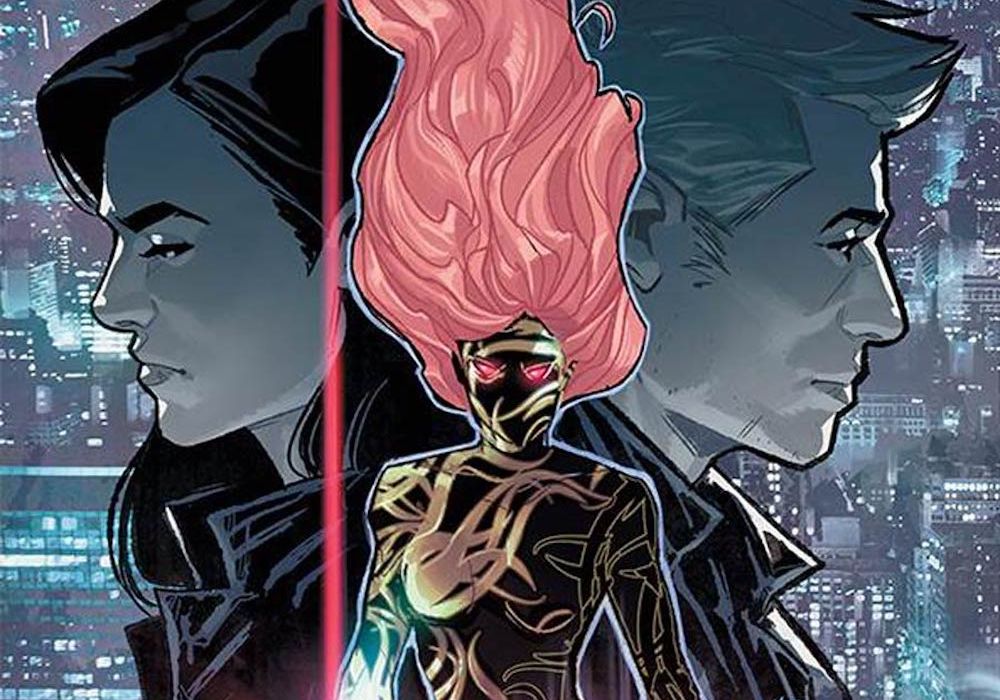 The road of the Witchblade is paved with ‘Good Intentions’ in the penultimate issue to this arc. 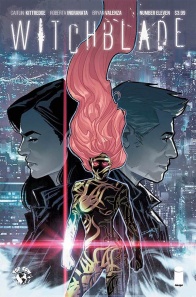 N-GEN makes a move, Alex makes a choice, and everyone she loves suffers the fallout.

Overall, the writing of the ‘Good Intentions’ arc has been much stronger than that for ‘Life After,’ Alex Underwood’s debut arc as the Witchblade’s host. Caitlin Kittredge follows up on these strengths in a big way, continuing to balance multiple factors across a single overall plotline with multiple strands working in tandem. Kittredge accomplishes the balance of attention by splitting the story amongst three separate groups: Alex Underwood, Majil and John, and Debbie each have focused storylines that are all leading toward one another in some way, each with their own methods of dealing with the techno-mystical plans of N-GEN.

For Alex, Kittredge dispenses with her sentimentality due to the events of the previous issue, creating a kind of “post-human” figure who uses only cold logic and warrior instincts, rather than delve into anger or sorrow. Given how Alex’s compassion defines her on some level, seeing her so removed from it, so cold, can be rather unnerving, and shows the more toxic influences of the pure warrior mentality of the Witchblade itself, including implicit threats to those who could refuse to aid in the future. While the narration calls this a balance, it feels more like an invasion, a possession wholesale that eradicates who Alex truly is at her core. Then again, that is probably the point. After all, the internal narration brings up how she would normally be more emotional, and how she doesn’t even consider herself to be Alex anymore.

For Majil and John, we have the development of some form of trust, however temporary, between them, a way of bringing the support team together somewhat a little further. Their part of the story feels almost like something out of a modern spy thriller, complete with relatively mundane subterfuge and infiltrations. While the other parts of the story are more mystical, this difference helps to keep the story fresh.

Third, Kittredge brings in Debbie’s side of things, showing a kind of middle ground. Alex’s friend isn’t heavily tied to the combat focus of John or the Witchblade, but instead works through investigation, in the process uncovering elements of the story that others may have missed. Her annoyance at dealing with a recurring antagonist and her further-unveiled magical powers blends into their exchange of some of their backstories, at once feeling fantastical and normal.

One element that Kittredge seems to draw special attention toward is temporary partnership between villains and heroes to fight worse threats. This relatively common media trope isn’t inherently bad, and Kittredge shows how utilizing it can flesh out heroes and villains both, from witches to outright demons and others besides those two. Will this behavior be a recurring theme of this “Witchblade” series from here on in? Only time will tell.

Roberta Ingranata continues to be very good with flowing, dynamic artwork, especially when it comes to close combat or offensive uses of magic. There is a kind of blur, a flow, that works its way through her pencils, something that makes the entire thing feel as though it is both taking its time and speeding ahead through a developing plot, as paradoxical as the combination of those statements may seem. Overlapping, blurred imagery helps to show the mystical elements of the Witchblade in particular, such as an ethereal image of Alex in front of Alex herself to show how she is both within and without the situation at hand, an observer in her own body. The blur also helps to show the sheer force of offensive magic, such as the Witchblade throwing someone a fair distance away with minimal effort.

On the other hand, slower perspective shots are also well handled through Ingranata’s pencils. When looking over a body, focus is in on the hands touching things, or the perspective of what the investigator is gazing upon. Bryan Valenza’s colors help with these perspectives a lot.

The main obstacle with Ingranata’s art, however, is the use of faces. While some are easily identified, the imprecise artwork around any given face makes distinguishing features of one or another difficult to spot, making figuring out one character from another an exercise in identifying other parts, such as specific things about their hair or clothing. The fact that one character spends a significant amount of time in another’s clothes due to the events of the issue does not help matters either.

As stated, Bryan Valenza’s colors help bring Ingranata’s artistry to life. Cool, natural colors show in the nighttime, used to distinguish against the eerie green glow of the Witchblade in action. However, the best use of color remains that of how Valenza deals with blood. Different parts of a wound have different hues and opacities of red, depending upon the age of the stain, the amount of wet blood on it, and more, showing realism to a blood splatter that many colorists may overlook. After all, such a stain looks different on cloth than on skin, and even more distinct still when contrasting different amounts of the life-preserving fluid.

Final Verdict: 7.0– .’Good Intentions’ drives ahead, but perhaps could use some slightly more precise facial modeling on the artwork side of things.