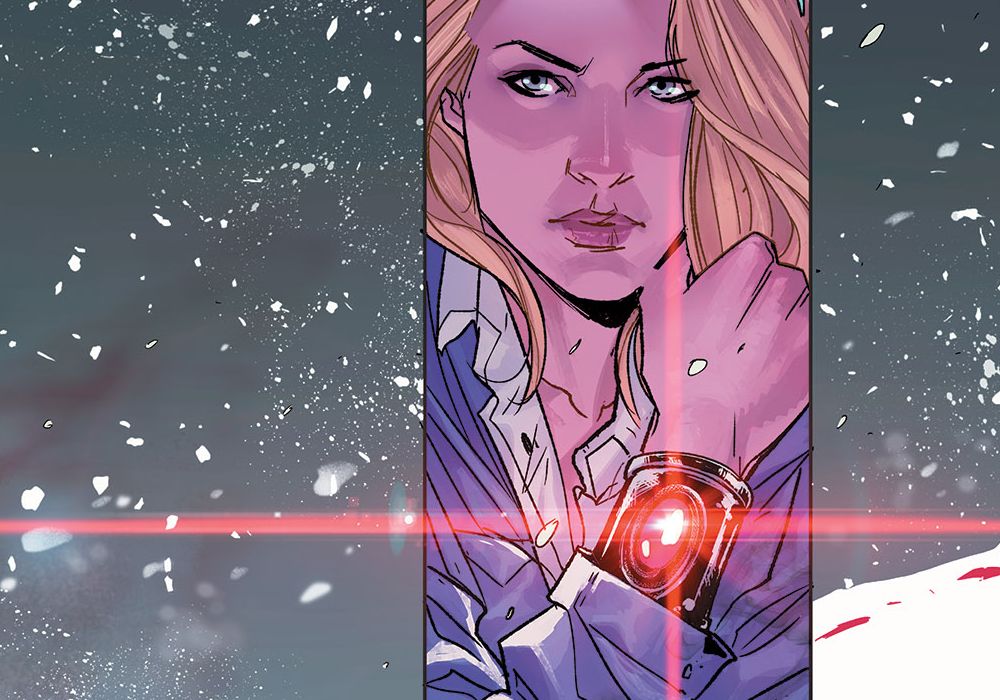 Return to the weird world of Alex Underwood with the first issue of the second “Witchblade” arc. 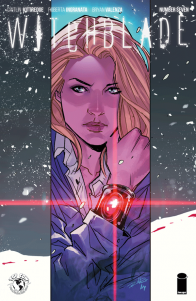 NEW STORY ARC “GOOD INTENTIONS,” Part One Breaking a demon’s stranglehold on New York City was only the beginning for Alex and Team Witchblade—now somebody much worse than a demon wants the Artifact, and they’ll do anything to get it.

With two months in real-time since the release of the final issue of the ‘Life After’ pilot arc, and three months in the world of the comic since we last saw the cast, Caitlin Kittredge has some work cut out for her in establishing the situation of her protagonist Alex Underwood since her first trials as the Witchblade’s host. Aside from demons, what other kinds of forces could the heroine be forced to face on the streets of New York City? What has become of the rest of her support team? How much does Alex know about how to work any of this?

Kittredge does a good job of answering each of these questions succinctly, bringing in only the minimum amount of characters necessary to tell Alex’s newest story while explaining away the absence of some others. While there is some time spent on a bit of backstory for the newest agent sent against the Witchblade’s host, most of this new issue is used to introduce readers to the absolute basics necessary to understand the series going forward, from some of Alex’s relationships, to a bit of how the Witchblade works, to some of the methods by which others could fight against it effectively.

After her debut in ‘Life After,’ Alex is presented as, while not exactly seasoned, at least moderately effective with the Witchblade, making for faster combat that thereby lets us spend more time on other parts of the narrative. At the same time, Kittredge keeps Alex relatable by keeping her direct contact with her ally Maj, along with her still learning elements of how her powers actually function. Furthermore, the decision to have the far more experienced voice inside the Witchblade itself in some conflict allows readers to understand how many other hosts may have acted, and how Alex is potentially different from the norm.

Unlike the demonic witch in the previous arc, Maggie presents a more relatable antagonist, one who presents a very different threat. Her backstory, which is likely to be expanded as things go forward, helps to establish some more humanizing characteristics over the previous arc’s villain, thereby both directly expanding the cast and providing a means by which Kittredge could potentially expand the recurring cast, provided this new antagonist does not die in the same arc as her introduction. The exact nature of this new character is unclear, but seeing as she appears to be some kind of assassin or bounty hunter for the supernatural, the emphasis on mystical items, rather than magical spells, helps to expand the world of the series to include more in the way of weaknesses to the Witchblade’s host, rather than just working on the strengths afforded as in the previous arc.

As always, Roberta Ingranata does a great job with a wide variety of thicknesses for the linework. Thick outlines help show the overall look of certain people, whereas the thinner lines help to emphasize their facial features and the flow of their hair. She utilizes deft shading to illustrate the darker elements of the world, from something as mundane as a beard to black hair over a dark jacket. Silhouettes in combat help to show the supernatural combat better, allowing the coloring to do most of the work in showing how unreal the magic can seem. Meanwhile, those same silhouettes and deep shadows help to show how a mystical being like a Witchblade host can stick out from the surrounding alleys to those who know what to look for. In contrast, the Witchblade itself has a definite glow, a kind of lens flare that shines out from it and pierces the darkness of the supernatural.

In terms of more mundane events such as combat on a more “human” level, there is more concentration on fast, violent movement, from blurred, overlapping motions with increasing levels of detail to showcase the stages of a combat technique to a direct focus on Alex’s wounds, allowing Ingranata to illustrate Alex’s vulnerability as much as her capability.

Bryan Valenza uses a varied color palette depending on the situation. A lighter set of tones on the prologue scenes for Maggie provide blues and sepia rather than a darker brown or black, easily showing readers that the scenes are a flashback to a time before. On the other hand, the darker shades of the modern day, while not overly oppressing, do give a vague sense of foreboding nonetheless. Valenza’s colors do not necessarily fit within the lines drawn by Ingranata, a lack of distinction that actually helps to give a more natural feel to dangers such as bloodstains as Alex sustains wounds on the job.

In all, ‘Good Intentions’ seems to be shaping up to be a rather large contrast from ‘Life After,’ one that is definitely welcome and helps to show a different side of the world and our protagonist.