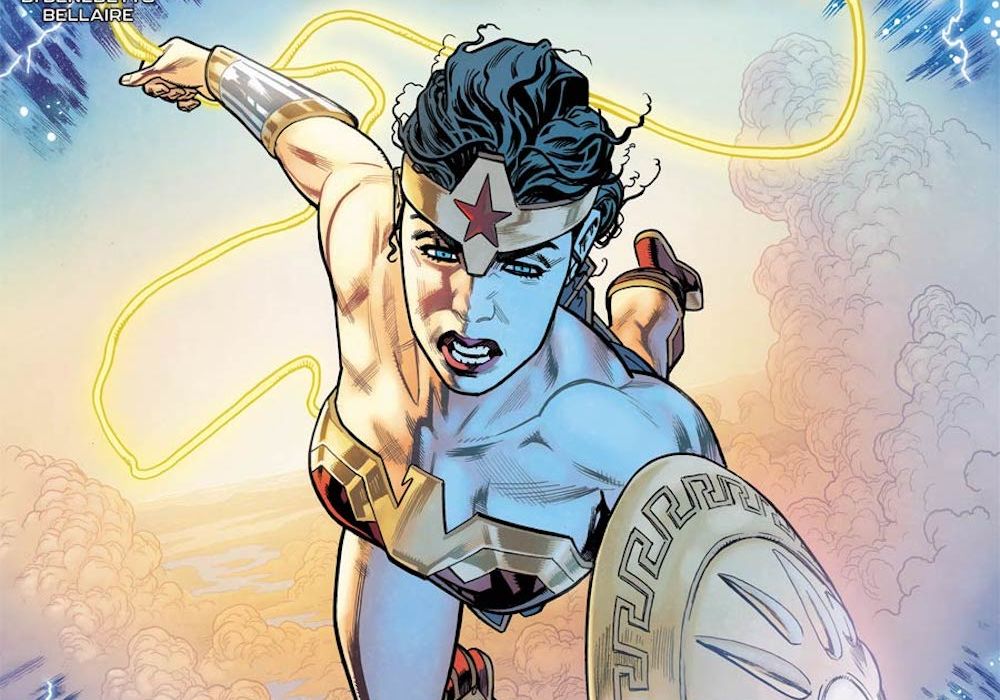 An introduction to a new limited series goes a bit weird in “Wonder Woman: Evolution” #1. 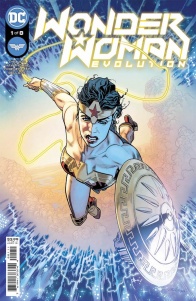 Whisked away from Earth by a distant cosmic entity, Wonder Woman is forced to navigate a series of perilous challenges that push her to the brink both mentally and physically. At stake is the fate of all humanity, with the alien entities casting Diana as Earth’s proxy for a trial judging humankind’s worthiness to exist in the universe. Can Diana stand trial to save humanity without losing her own?

As the introduction to an eight-issue limited series, “Wonder Wonder Woman: Evolution” #1 is on an odd place. The character of Diana of Themyscira is globally renowned, so there is little reason to provide much background, but at the same time, Stephanie Phillips may be relying too heavily on the fact that she has time with which to have the characters tell this tale. It feels a bit odd in the best of times, but there is still much to delve into anyway. That said, how does the writer of the one-and-done ‘Forget Me Not’ story from the printed version of “Sensational Wonder Woman” #1 do with her first multi-issue story with the Amazonian superheroine?

First, Stephanie Phillips starts her debut for in a Wonder Woman story arc with, of all things, what appears to be a flash forward. The scene features someone who is likely Diana facing off against unknown, likely extraterrestrial assailants. As it is, this introduction does nothing but confuse, in no small part due to the lack of direct notation of how much time is between the segments to even definitively state that it is a different time period. The fact that Phillips provides little to no connection given between the majority of the story in “Wonder Woman: Evolution” #1 and that opening sequence further complicates the narrative, which seems to be relying on the use of eight issues to make up for any problems rather than working in a simpler structure for the plot.

In general, “Wonder Woman: Evolution” #1 is more of an issue zero than an actual beginning. Rather than spend time on bringing the heroine into the main crux of the plot arc, that actual development is saved for the closing moments of the entire issue. For the most part, Phillips spends her time showing Wonder Woman’s interactions with others, from civilians like a little girl to enemies like Silver Swan to friends and allies like Superman. The various parts show Diana’s compassion and kindness, be it to her friends, people she barely knows, or even her enemies, while simultaneously noting that she is not empathetic to her enemies to a fault either. However, as interesting as those encounters may be, the fact that they take up certain close to the entire issue means there is almost no time for the actual premise advertised for “Wonder Woman: Evolution” #1, that of all of humanity being on trial (whether or not an Amazon is a fair representative is another story entirely).

Unfortunately, the illustrations of Mike Hawthorne are not always well suited to the characters he portrays, and the inks of Adriano Di Benedetto are too close to the exact lines to make a difference. Although Hawthorne may try, the facial expressions on Diana especially feel just odd. Her “compassion” comes across as forced, her shock as dulled or even mistaken for boredom, and her when contrasted against the opening pages, she seems as though she is more of a warrior who revels in battle than an ambassador wishing for peace. Her cheekbones are exceptionally sunken, as if she is, physically, decades older than everyone else (as opposed to most showings of her), and her lack of much in the way of facial expressions makes it difficult to take her attempts to appeal to Silver Swan’s good graces seriously.

Even more strange, she seems to be the only character who is handled in this fashion. Hawthorne and Di Benedetto’s Superman is fully capable of a wide breadth of emotion, and appears as young as he would be, without any sunken cheeks and with a smile on his face as he helps his friend, or a depressed frown as he commiserates with her over the choice between saving innocents or capturing villains. Meanwhile, Silver Swan may seem a bit robotic, but it actually makes sense for her character, and is not in a way that overstays its welcome. In general, it seems as though the actual protagonist of this story is the only one who does not look at all like the script seems to portray her, utterly shattering any suspension of disbelief in the process.

Jordie Bellaire’s colors are, at best, inoffensive. They do as good a job as she normally does, or at least they make their most valiant attempt to be as such. Moments like Silver Swan transforming are rendered in a strangely beautiful way, while the shine of metal, from Wonder Woman’s armor to the aforementioned silver, feels realistic and enticing. The lights are lively and at times even psychedelic, giving an otherworldly air to certain events while more mundane, calm lights such as a sunset are able to try and hold the story to some sense of relatability rather than dive too deeply into cosmic adventures just yet. Still, for all her effort, Bellaire is unable to solve fundamental issues with the original pencils and inks.

Final Verdict: 5.5– Between being almost entirely prologue to extremely strange artwork on the protagonist, “Wonder Woman: Evolution” #1 is sadly a story that can be easily missed.