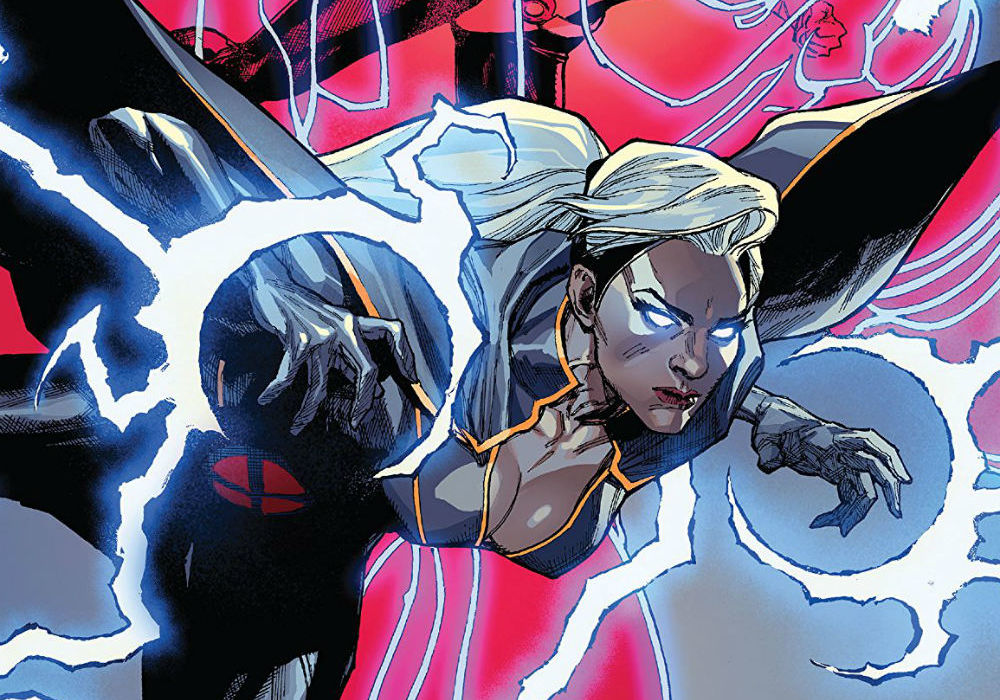 With “X-Men” #5, the creative team responsible for “Powers of X” is reunited for a told-in-one story that is anything but irrelevant. With the suspenseful, intricate nature of what readers have grown accustomed to the ‘Dawn of X’ line, “X-Men” #5 is one of the relaunches best. 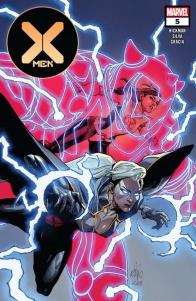 The X-Men, the most powerful heroes on the planet, deal with an old nemesis’ surprising return…

Since restarting the ‘X-Men’ publishing line with “House of X” and “Powers of X”, Jonathan Hickman and the entire creative and editorial team have concocted a story that is larger than its individual series. At the same time, there is no formal cross-over, or direct lead-ins from one story to the next, but it is clear for the readers following the entire line that the macro themes, story beats, and progress momentum are all coordinated.

Within that context, “X-Men” stands as a very peculiar flagship. Gone are the days that one issue ties directly into the next. Gone are the sequences where the main characters remain on the roster on each progressive issue. Instead, “X-Men” seems to be content on standing at the nexus of the entire publishing line, introducing new concepts, twists, and backdrops that are developed elsewhere on the line. The proverbial eye of the storm.

On issue #5, Hickman provides, perhaps, the strongest direct link to what has come before, that of the Children of the Vault first introduced by Mike Carey over a decade ago, and reintroduced on “X-Men” #1. Saying anything more than that at this juncture would dwell into spoiler territory, which this review will refrain from doing.

Discussing the art first, readers will be pleased to see that R. B. Silva and Marte Gracia mash together with the same grace and apparent effortless than during their collaboration on “Powers of X”. There is a lot to praise in this issue, but starting with backgrounds and surroundings.

“X-Men” #5 uses as a backdrop two jungle settings, that of the island nation of Krakoa, the other deep into the Ecuadorian forest. Under less able hands, both locales would look exactly the same, but here Krakoa is presented in a more organised, habitable woods, with the forest in Latin America appearing as far more wild and uncontrolled. The same can be said about the present technology, with the mutant nation offering grown structures, with the parts in Ecuador revealing how even the best machinery can be overrun by nature.

Character design is also great. Laura Kinney, a.k.a. X-23, a.k.a. is sporting some new duds that are very similar to a costume loved by fans. Synch and Darwin, returning characters long lost to the “X-Men” mythos have their time to shine and, despite some design similarities, stand as unique.

That said… the best part of the issue art-wise are a few pages that take place on an artificial structure. The psychedelic nature of this place, combined with its feet rooted in high-end technology, make for some truly one-of-a-kind visuals, and one that owes a lot to Marte Gracia.

The colourist has become synonymous with the “X-Men” line and for good reason. Each costumer looks sharp and special, every power signature absolutely unique. But it is on how Gracia literally lights up the places that he shines the most. There is no doubt on how vibrant each setting is, and the mood the script calls for on each story moment.

Hickman script is as innovative as one would expect. It is not only on the challenge presented to the main characters, on how this specific team is put together, or how intermitted with personal beats – even though all of these features are a highlight. The true stand-out aspect of it is how the writer makes these incredible moments feel organic to everything happening on the series and line so far. This is an incredible hard act to perform: deliver something that surprises, and is yet consistent and somehow predictable to what has come before. It takes a level of consistency, of sticking the landing, that is often lost on today’s marketplace for the sake of shock value or cheap surprises.

All in all, “X-Men” #5 is a great issue, for all the concepts it presents and door it opens, but also on how it is executed and stands alone, even for readers picking this issues and this issue alone. Far to say it is truly accessible and easy to understand, but then again one would rather be lost in such a vibrant jungle, than to know exactly where it stands on a boring urban setting.

Final Verdict: 8.3 – Hickman, Silva, and Gracia once again deliver in spades, with a suspenseful, tense, beautiful and extremely well-choreographed issue. The pieces are starting to come together, and yet the full picture is still beyond the reader’s grasp.