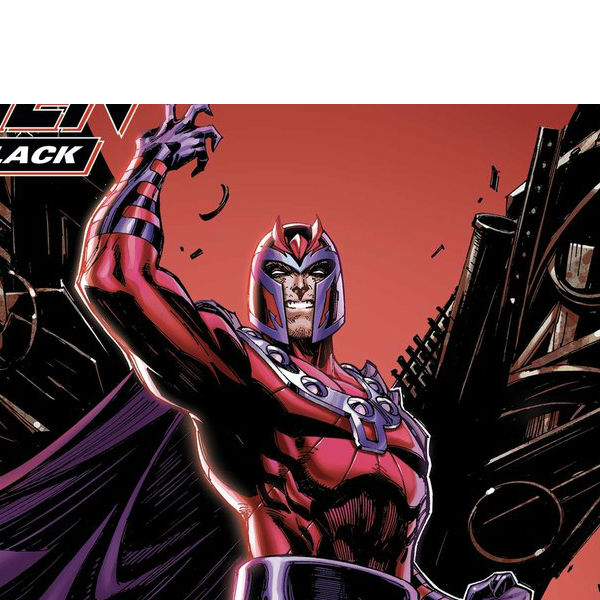 There is an inherent rhythm and pace around issues focused on character studies. They are less about plot, action or overall development, but rather on what makes its lead tick, their core values and challenges. So when Magneto gets such an issue through “X-Men Black: Magneto,” certain styles are to be expected. Compounded to that, when such issues is written by the seminal X-Men writer Chris Claremont, readers are in for a very specific treat. 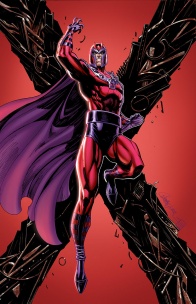 MAGNETO IS BACK! …and so is Chris Claremont! For years, Magneto has done everything he can to achieve his goals for mutant domination. But now Magneto has declared that enough is enough. So what revolutionary plan does Magneto have that will change the face of mutantkind? And will anyone be able to stop him? Will anyone want to? PLUS: Includes Part 1 of X-MEN BLACK: APOCALYPSE the back up story by Zac Thompson, Lonnie Nadler, and Geraldo Borge!

Few writers are so closely associated with a group of characters as Chris Claremont to the X-Men. For over uninterrupted 17 years, and on some other occasions following that, the british scribe became forever linked with Marvel’s mutants, to a point that, still to this day, many of their traits and personalities are defined by his writing. His Magneto is no exception: Claremont has taken him from full-blown villain, to willing criminal on trial for past crimes, to headmaster of the Xavier school. And back. And then back again.

What can be seen on Erik on the “X-Men Dark” special is a man who has gone through so much and who has experienced so many horrors and duality. And yet, despite all of that personal baggage, a man who is still willing to give humanity a quantum of doubt, a reasonable amount of potential to do good. On this particular narrative, Magneto visits a typical small-town bar in the US and finds a heavy dose of prejudice and intolerance towards mutants. It is, undoubtedly, a jab at the current atmosphere but a topic that Claremont has relied on over the decades, so also hard to pin it in any particular timing of world events, or rather the core challenges humanity faces through the ages.

Before going further into the plot or character dialogue’s, some notes on Talajic’s art. Perhaps the best concept the artist utilizes is to show a decidedly older Magneto on “X-Men Black.” It marries with the story and plot perfectly and immediately changes the reader’s pre conceived notions of Magneto as the megalomaniacal villain who murders humans and mutants with a literal wave of his hands. That is not to say he is not able to do it: it simply removes that obvious, foregone conclusion with a clear visual cue.

Beyond that, his art suffers from a cluttered page and panel design, but it is hard to link that down to the artist himself or on the script. As common with Claremont stories, there is a lot of conversation, exposition and background that must be provided, with multiple scenes, angles and head-shots. As a result, pages are mostly very busy, save for wider shots at the beginning and the very end. While it never gets in the way of understanding the narrative, it does take away from the appreciation of environments and character positioning within them.

Another qualm, much minor this time around, occurs towards the end of the story, when Magneto really cuts loose. If the portrayal of a frail, older man worked wonders on most of “X-Men Black” early pages, here they fail to connect. It seems like a missed opportunity not to revel on a truly terrifying Erik on those later pages, revealing visually how his danger level can escalate very fast.

At its heart, Claremont’s dialogue is the driver of “X-Men Black.” How this core character interacts with virtually unknowns and how his arguments, ideals and missions change the world and the lives of those around him is captivating. It rings absolutely true to what Magneto has done before, what he is willing to do, even opening some unseen roads for such a long-standing member of Marvel’s mutants. Clarmeont proves that he still has new things to say about the X-Men, which is something that the older portion of the book’s audience will most certainly appreciate.

Before concluding, readers should know that “X-Men Black” has a very interesting back-up feature by Thompson, Nadler and Borges focused on Apocalypse. Actually, all of the “X-Men Black” issues will move this story forward, this one being the opening salvo. In it, Borges provides truly surreal environments and a menacing Apocalypse. The start of the show, though, is a very dramatic and consequential plot twist by Thompson and Nadler which is terrifying on its own way.

All in all, “X-Men Black” offers a lot to fans: a compelling read on two of Marvel’s main villains through stories that focus on their core values and missions. While the art is not stellar and would benefit from more imaginative choices, it does not damage the appreciation of the narrative and themes. A good start for this series of one-shots, ahead of the “Uncanny X-Men” relaunch later this year.

Final Verdict : 7.0 – A treat for older X-Men fans, but also accessible to new ones alike, “X-Men Black: Magneto” focuses on character studies and definitely understands what makes them tick and how influential they can still be.