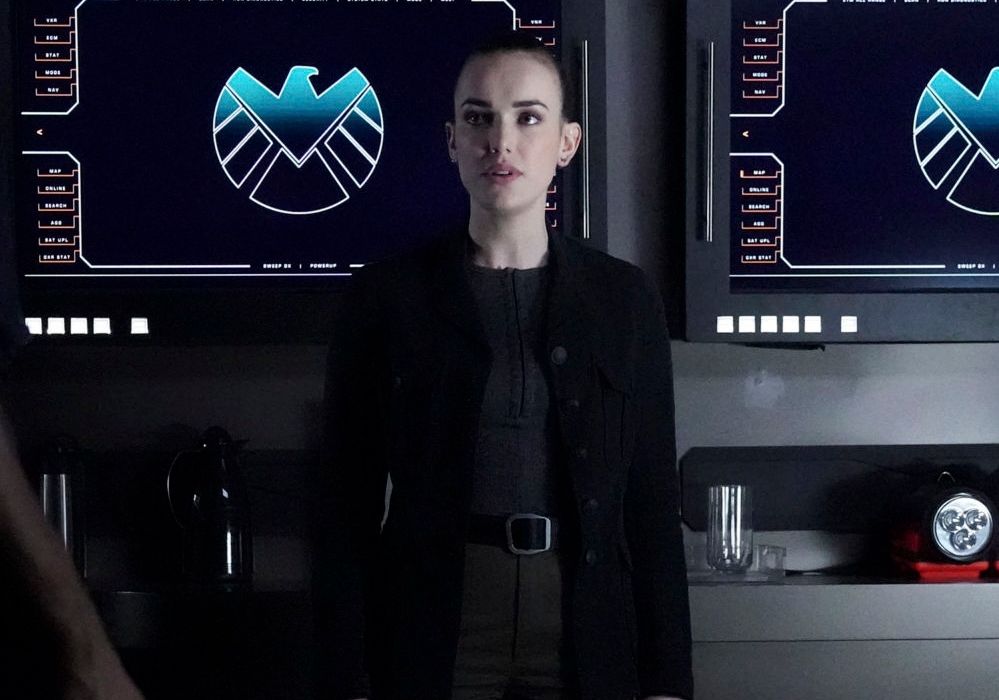 Season six comes to a close with a double episode! Like last season, there’s too much to cover in just five thoughts, so you get a full eight. Who will live? What will change? And how will all these plot points come to a close? Read on and find out.

At the end of the last episode, the Creation Monolith summoned a recreation of Flint. While previous constructs from the monolith seemed to just exist to haunt the person who thought of them, it seems different in this case. It has Flint’s personality, at least some extent of his memories, his powers, and it doesn’t seem to want to torment Mack and Yo-Yo.

As far as they’re concerned, this is Flint brought back to life. Yo-Yo even angrily insists that he is real, although they acknowledged earlier that they created this version of him with the monolith. Daisy, on the other hand, brushes him off as “not real,” which i have to agree with at this point.

So is this a way of bringing Flint back, or is it a simulacra that lacks his true history and soul? The show isn’t giving us an exact answer, so it’s something we as viewers will have to decide for ourselves. Especially since we don’t know what happens to Flint after Piper flies off with him.

Izel has been pretty busy sending Shrike about, as they’ve taken over plenty of civilians and brought them to this temple. Given their nature as mindless, controlled beings, that basically makes part of this episode a zombie survival story. Both Deke and Daisy say as such separately, with Daisy mentioning that they’re the fast kind of zombies, while Deke talks about making a zombie video game.

At the same time, it gives us a bit of survival horror/action. May, Daisy, and Sarge get to shoot and stab Shrike-Zombies, while Mack and company get the more survival/escape elements of the story. When the Shrike-Zombies start flooding into the Zephyr, we get the tension of characters surrounded by swarms of undead. So it builds up the danger factor nicely enough.

I honestly was not expecting to have to say more about Deke, but here we are. After proving himself useful, he lost a lot of goodwill with Fitz-Simmons by revealing that not only did he bring his company to the Lighthouse, but he’s been profiting off stolen alien tech. That includes the Jump Drive, so basically he’s testing a teleporter backpack.

Deke’s had a lot of ups and downs this season, between becoming a tech bro and actually doing something useful, but it all comes out in an emotional moment. He recognizes how he’s being kept at an arm’s length, and says he built his company because nobody liked him. Everything we’ve joked or complained about gets acknowledged, including a reminder about how he survived in a post-apocalyptic future, before he goes off and helps save Mack, Yo-Yo, and Flint.

I mean, he still goofs by not realizing the Jump Drive needs time to recharge, but it’s a step forward for the character.

4. Some Sort of Starry Gatey Thing

While everyone is having the escape scenes, fight scenes, and emotional scenes, Izel is busy using the monoliths. Bringing Flint back (or a copy of him) allowed her to possess him and use his powers to reconstruct the monoliths, so her ritual begins. Naturally, it involves an eerie song, but since it was established how the monoliths react to vibrations and how her powers involve resonant frequency, it ties together nicely.

We get some good visuals as the three monoliths turn into a more liquid-like state, spinning and sloshing around each other. The way they’re framed around her, almost forming a wing-like state, almost parallels the “This scene needs to be taught in film class” moment from Game of Thrones, although with significantly fewer dragons.

What’s on the other side? Well, we get that in thought #6.

Quite a lot happens in the last few minutes. We finally get the Sarge vs Izel fight, but Sarge can’t seem to stab her. May is certain that Sarge is remembering the love Coulson felt not only for her, but for the entire S.H.I.E.L.D. team, in spite of Sarge’s constant insistence that Coulson isn’t coming back.

For a moment, it seems like it’s working. Then he stabs her. While entirely expected, it was still a good swerve, and lets the first episode end on a major cliffhanger.

On a similar note, Enoch also gets a surprise as he finds out all the Chronicom anthropologists he was trying to recruit have been reassigned to being hunters. Including Isaiah, the one he met up with before. So that puts him in a tight spot, as the post-credit Chronicom adventures continue. It adds another level of cliffhanger to the first episode.

6. On the Other Side

So May is stabbed pretty thoroughly, but she got pushed through the portal, into a world where “life and death have no meaning.” That’s a good enough reason to keep her alive. Thank goodness, too, because it’s another opportunity to see Ming-Na Wen be awesome.

Sure, there are some mysterious figures with pendants that mirror the monoliths, which Izel refers to as “The Three.” Are they actually important? Probably not, because May killed them off-screen. Fortunately, that leads us to a fun fight scene where she has a sword fight against Izel.

Any excuse to give Ming-Na a fight scene is good in my eyes.

The last episode certainly raises the stakes on several fronts. Izel opens the portal, even as she fights May, Sarge has lost any remaining parts of Coulson aside from his body (and even that gets blasted away to reveal a monstrous form easily enough), oh, and Chronicoms are swarming the Lighthouse, because that plot point needed to go somewhere and, as expected, they want to turn Earth into Chronica-3. Also, a Shrike got inside Yo-Yo and she only has half an hour left at best before it takes over.

All in all, it’s a good climax. Tense emotions, high stakes, and I honestly thought they were likely to kill off either May or Yo-Yo. The finishing blow is a nice moment of teamwork, first with May getting the kill against Izel, then tossing Mack the sword so Daisy can blast Sarge with quake powers and Mack can cut him down.

Fortunately, all the other Shrike die with Izel, so that barely manages to save Yo-Yo. So it all works out, right?

8. Let’s Do The Time Warp Again

So there’s still the matter of the Chronicoms. They killed a lot of nameless S.H.I.E.L.D. agents (alas, poor… those guys. We might have heard their names once or twice.) and the only thing that saved Fitz-Simmons was Enoch stealing Isaiah’s body offscreen.

However, that gets put to the side as the battle against Izel and the Shrike comes to an end. So just when we think that’s all over, Simmons comes in with a new suit, surprise team, an injection that saves May’s life, and an upgraded ship, complete with a shiny new Jump Drive and no Fitz in sight.

As they warp off, it becomes pretty obvious that there’s time travel shenanigans afoot. So they’re in another future, and from the sound of things, going on a time chase against the Chronicoms through S.H.I.E.L.D. history.

Of course, the episode has one more surprise in store. With a combination of LMD tech, Chronicom hardware, and a memory backup, they’ve more or less brought back Coulson. It has all his memories, it’s just not his actual body. This brings us back to the first question: what does it mean to be real or alive?

So ends season 6. We know that season 7 will be the final season of this show, so we can look forward to a grand finale. While off to a rocky start, season 6 of Agents of S.H.I.E.L.D. ended strong, with a promising lead-in to the next. 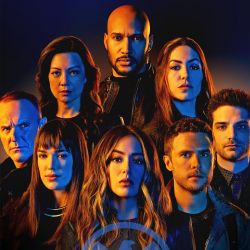 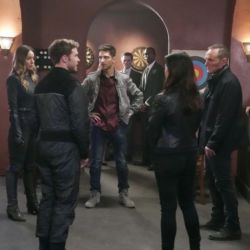 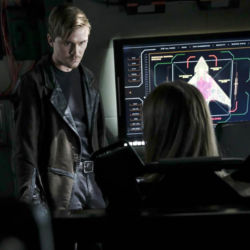