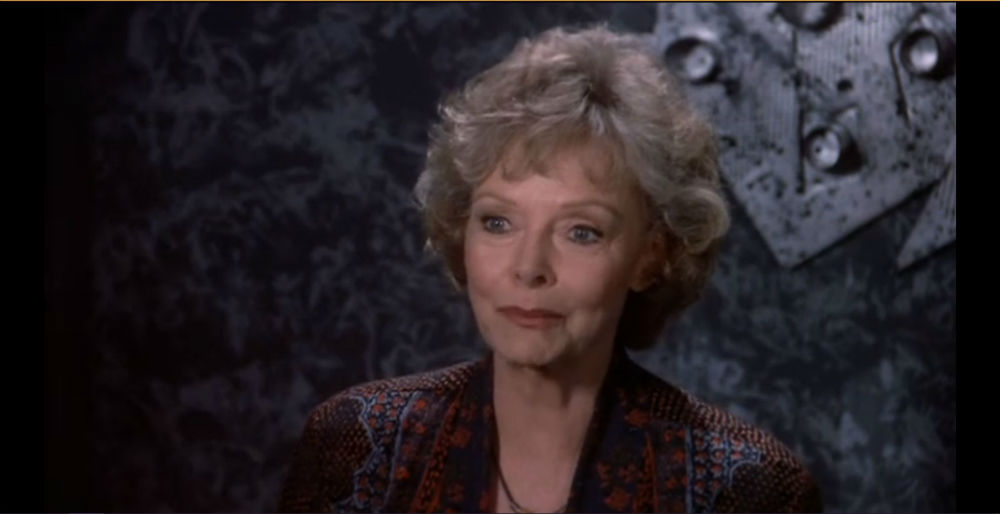 Two medical professionals help the underprivileged in their own competing ways, a murderer’s psyche is explored, and we learn way too much about Centauri biology. Welcome my friends. This is the story of the last of the Babylon stations. The year is 2258. The name of the place is Babylon 5.

1. Doctor, Doctor. Give Me the News

The A-plot this week centers around Dr. Franklin and his attempts to prove that his unofficial, unsanctioned clinic is better than a new rival’s unofficial, unsanctioned clinic. Or. . .at least that’s how it starts. By episode’s end, it evolves into the question of what does it mean to be a healer and how much sacrifice is too much? What made this narrative so interesting, besides Richard Bigg’s always fantastic performance, is the ways in which we’re positioned to be at odds with our point of view character. We’ve seen Dr. Franklin be a bit of a hard-ass before, especially when it comes to medical practices or decisions that don’t fall in line with his perception of the world, so it’s no surprise that news of a second clinic makes him skeptical and angry.

It’s also not surprising that he’s totally right to be incredulous at first. Not enough to call Dr. Rosne a quack but when you have someone using technology they don’t understand, that’s never been studied, instead of sending them to a professional who knows what they’re doing, it can be galling and dangerous. Even still, the episode is not so cut and dry. The machine truly works and while Dr. Rosen doesn’t quite know what it says, she does know how it works, what it does, and why it does it and she’s using it to make the lives of others better, at the cost of herself. It’s a complicated situation that slowly unfolds as the episode goes on.

The ending, too, is poignant and complex, showing the difference in attitude between Dr. Franklin and Dr. Rosen. This conversation contains one of my favorite lines in the season. It’s a quiet line but one that rings in your head long after it’s spoken.

Lennier going a burlesque show (I think that’s the right term) and then playing poker with Londo is a hilarious set-up. These two are a perfect comedic duo, much like Londo and G’kar. Lennier takes everything with the utmost sincerity and seriousness, which makes the punchline to his experience watching the dancers amazing. Bill Mumy is wonderful and I’m so glad he’s given the chance to act in many different modes without ever fundamentally breaking his character. The humor comes from a juxtaposition between his sincerity and Londo’s jovial insincerity; the drama comes from the same source.

I couldn’t find a good quote from The Merchant of Venice for those who’re wondering why I went with Richard III.

The B-plot is a bit less involved than usual and while it does connect back near the end, it felt kind of out of place this week. It’s the sentencing of a serial killer to death of personality and the subsequent scan that Talia has to perform on him. We know that she’s been forced to do something like this before and it messed her up pretty good. Unfortunately, we don’t get as much time to delve into what it means for her to be doing this. It’s a missed opportunity and, as much as I love the Londo/Lennier narrative, it might have been better to cut that and expand upon this.

Although, I don’t know if I would’ve liked more time with the serial killer. He was creepy as hell and so was that mind sequence, which helped to sell just how remorseless and twisted this guy was so that his axing at the end of the episode felt right while also making Dr. Rosen’s speech all the more thought-provoking.

One other cool thing about this episode is that it features two different Lost in Space alumnus. Bill Mumy (Lennier) played Will Robinson while June Lockheart (Dr. Rosen) played Maureen Robinson. They don’t interact at all but having them both here, giving two very different but very good performances, is neat. Plus, this point gives me the opportunity to gush of Lockheart’s acting. She really made this episode sing. Every scene with her is a gem and I hope she comes back at least one more time, though I suspect this was a one time deal.

I can’t believe that a central part of “The Quality of Mercy,” at least one of the plots, revolves around Londo cheating at poker by using a previously unknown bit of Centauri biology. At first, I assumed that he just had a tentacle because, well, why not. Then he brings up that statue we’ve been seeing in his room since the start of the season and, well, Centauri penis isn’t something I ever thought I’d have to think about from this 24 year old series.

Still, it made for a clever gag.

This is 150% unrelated to this episode but I learned in the process of looking up Richard Bigg’s name that his final, posthumous role on TV was in an episode of Drake and Josh entitled “The Gary Grill.” That’s wild.

That about does it for now. Join me again next week for the season finale of Babylon 5 where the future will be teased, meta-narratives will be discussed, and maybe, just maybe, there will be a boom on the station that wraps humans and aliens in two million, five hundred thousand tons of spinning metal . . . all alone in the night. This is Elias. Signing out.

Dr. Franklin: Are you all right?

Dr. Rosen: I’ve taken a life in direct violation of my oath as a doctor. I’m free of pain. I’m free from Lake’s Syndrome. They say I may live another twenty or thirty years. But I do so at the expense of a man’s life. No, doctor. I’m not all right. I may never be all right again.

Janice: You heard Mr. Garibaldi. You did the right thing.

Dr. Rosen: Darling. I did the necessary thing. That is not always the same as the right thing. 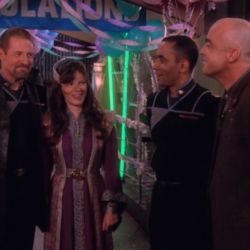 Five Thoughts on Babylon 5‘s “The Deconstruction of Falling Stars” 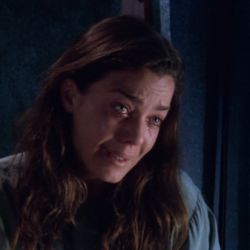 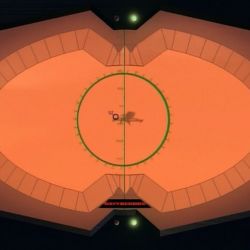