Three weeks in, and I’m still not sure if I have a better sense of The Book of Boba Fett than I did at the start of the series. This is a profoundly weird – and I don’t mean artistically daring – show that isn’t really sure what it is. I’m not really sure either, but I’ll do my best.

There are a few questions at the heart of this show that, if answered by the producers going in, would have made the show a much easier one to write about or, at the very least, enjoy. The first, and most important question is about what Boba Fett’s motivations are in becoming the daimyo of Mos Espa are. The Boba we saw pre-Mandalorian was a bounty hunter who wanted to make money and had no qualms about doing terrible things to achieve that goal. This is a changed Boba, but we don’t really know why or how he changed. Did the Sarlac pit excrete some sort of morality into him? It isn’t even like the experience with the Tuskens can be credited with the change in him, as he came to them, more or less, a changed man.

But even if we can squint and believe that Boba is a changed man because ‘reasons,’ there’s nothing really clear about why he wants to be daimyo. If he wants money, he can be a bounty hunter again; we’ve seen how rich that can make someone based off of Din Djardin’s successes. This line of work, at least now, doesn’t appear to be much safer than being a bounty hunter, though I suppose you can look ahead and see that if he destroys his enemies, the mayor, and the other vying for his position, how it could be slightly more cushy. But his two predecessors were both killed in their palace, so its not like this is a job you ride out until retirement.

It’s also not like Jabba killed his dad or something (that would be Mace Windu) or that he felt that Jabba did his minions wrong and wants to save them. The reason he wants the power just seems to be because he thought he could take it without too much incident.

I was interested in this show, initially, because I was hoping that it would give Boba some more depth and motivation, but all it has done is make him even more unknowable and poorly written. There are good parts of this show, but so far, Boba’s characterization isn’t one of them.

In this episode, Boba hires a cyberpunk scooter gang to work for him, and they quickly show how inept they are at stopping a single speeder without taking out residences and businesses in Mos Espa. These characters are given only the briefest of introductions and motivations (notice a theme emerging?), and come to work for Boba because they’ve got no place else to go. But hey, they look cool-ish, and give Boba some scouts, which may lead to some interesting scenes.

3. It might’ve been cheaper to just get Stephen Root and Danny Trejo to do Cameos on the app

Let me be fair: Stephen Root and Danny Trejo are good in their roles here. Both do exactly what is asked of them, and do so better than a cheaper version of them would do without the budget to just go hire them, instead of looking for ‘Danny Trejo’ types on Backstage or whatever. I’m not sure if this is me being more jaded on Boba than I am on Mando, but these felt like lesser versions of bringing in Timothy Olyphant and Amy Sedaris. Again, that’s not on the actors themselves, but on the roles they’re being asked to play. These are cameos that are meant to have people sit up, point at the screen, and say “That’s Danny Trejo!” And cameos like that usually don’t work out very well.

The best thing that this episode did was establish the Pikes as the big bads of season, as it gives the series a little more shape and gives Boba some motivation (that word keeps emerging) going forward, since there’s so little of it elsewhere. By strongly suggesting that the Pikes are the ones who killed Boba’s pack of Tuskens, and after the train sequence from last week, there is actual conflict here. While the Pikes are not exactly the most fleshed out characters just yet, there’s a little time for that. Plus, the Pike Syndicate is a familiar name in hardcore Star Wars circles, so there’s lots to draw from that the average viewer may not be super familiar with.

5. I recognize that these are fighting words

As I was watching this episode, one thought could not be dislodged from my brain: The Book of Boba Fet is to The Mandalorian as the Prequels are to the Original Trilogy. The series feels more akin to the Prequels than anything else Star Wars has ever done – including The Clone Wars, but it really feels like that in relation to The Mandalorian. In both seasons ofMando, the first four or five episodes slowly introduced the folks who would make up Din’s crew for the rescue of Grogu. While Wookiee Black Krrsantan was let go, he’ll be back. Boba is learning to ride the Rancor. He has the scooter kids. Obviously, he has Fennec.

Both have flashbacks, but one used them very sparingly, and one is overly reliant on them (even if they are ‘paying off’ with the Pikes).Mando liked drawing from Star Wars‘ past, but Boba wants that nostalgia dopamine to hit far more frequently and far less elegantly.

I understand that it may seem like I’m picking on the show, but I assure you, I want to like this. I want this to be really good, to give Boba depth and continue the stellar Disney+ Star Wars TV experiment. But the reason that I eventually warmed up to the prequels was that I was able to give it some distance and appreciate it for what it was trying to do. I still can’t figure out what Boba is trying to do. Once I do, I hope to be able to enjoy it a little more than I currently am. 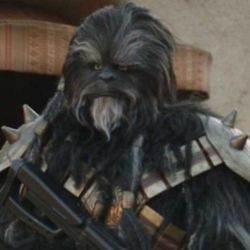 Five Thoughts on The Book of Boba Fett‘s “Chapter 2: The Tribes of Tatooine”

After a mixed bag of a first episode, The Book of Boba Fett‘s second chapter has the benefit of expectation at its side. With the overall structure of the show in place, it is easier to talk about the series, so let’s get right to it.1. Tatooine’s Greatest HitsLast week, I mentioned how silly it […] 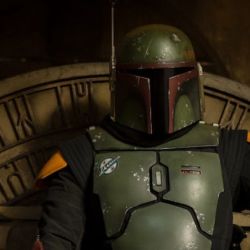 Five Thoughts on The Book of Boba Fett‘s “Chapter 1: Stranger in a Strange Land”

Welcome to Multiversity’s coverage of The Book of Boba Fett. The series, spinning out of The Mandalorian is an odd one off the bat, and the first episode does little to dissuade anyone of that opinion. Let’s dive in, and beware some spoilers abound.1. FlashbactaThe episode opens on Jabba’s Boba’s Palace, and we see that […]