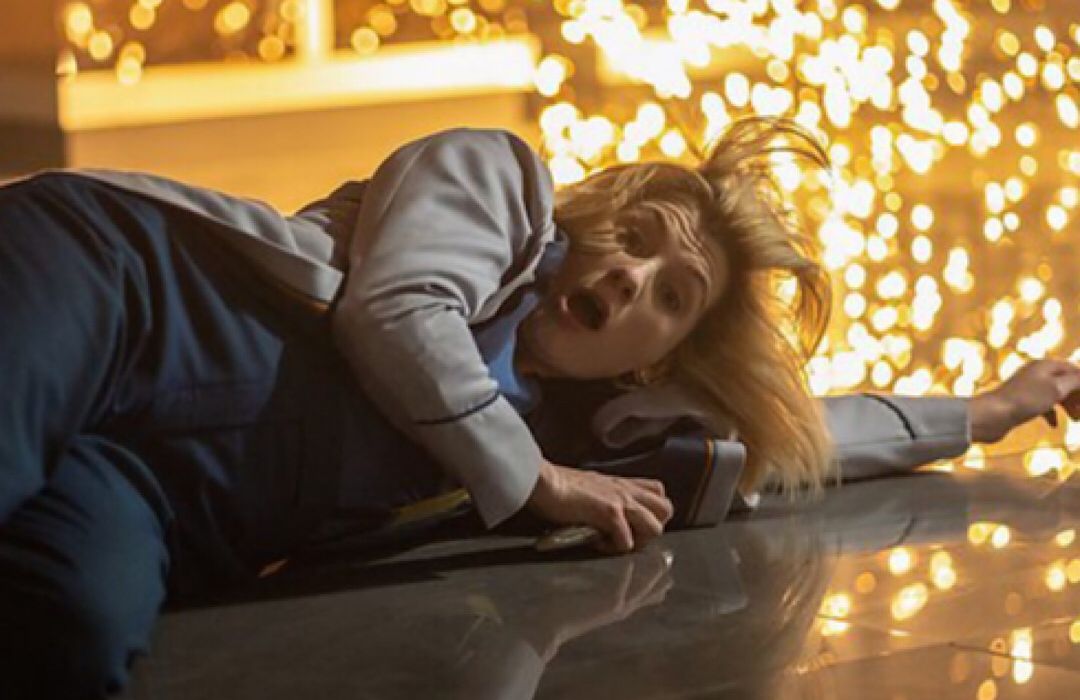 Happy New Year everyone, and welcome to a new Doctor Who Special. We have a return of a very special enemy this time. As our time team are celebrating New Year’s through time and space, they are drawn to Earth because one of the Doctor’s oldest enemies have, yet again, returned to attack Earth.

As always spoilers ahead.

I’m going to use this thought, to talk about the current TARDIS team. I really like the liveliness and the collective being that it is, it really feels like everyone has worth and everyone has meaning. This is fantastic and I think the group will be going from strength to strength. This will however be a problem when either one of them leave or at worse case, die. For now though, this episode carry’s the ensemble very well.

This is shown when the team are travelling between a few places and Graham is told to put an item from the TARDIS back into his house only for the team to leave without him. He then contacts the Doctor by cell and asks her to pick him up, I will elaborate on this in point 4. 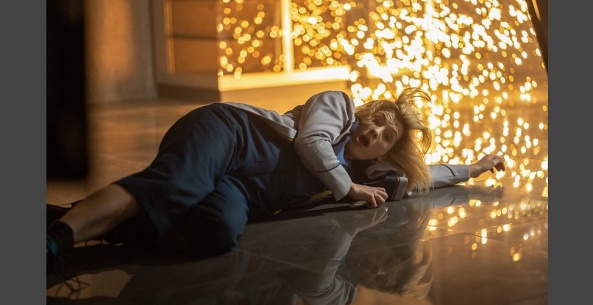 Well apart from an old enemy returning in this episode, we also have another character develop. That character is Ryan, and we finally meet his estranged father, Aaron (Daniel Adegboyega). It isn’t all plain sailing as there is a very frosty atmosphere between Aaron and Graham, which there should be since he left Ryan standing, waiting for him at his Nan’s funeral. The Doctor does face him about his absence, which it’s handed spot on, a short, sharp dig and then she’s off doing some science fiction stuff.

There is a scene later in this episode where Ryan and his Father are in a café talking about the past and it is really heart felt and very touching. The two actors are really earning their money. This has been what this new series has been about and what Chris Chibnall does best, and that is character based scenes, which at times does get in the way of more thrilling, action scenes. The scene does play well however and at the end both characters have gotten their grievances out the way and understand each other more, which is nice, as Ryan needs a few more uplifting scenes.

When the Dalek attacks, the Doctor decides that she needs extra help, so she calls the number she thinks is for U.N.I.T, which stands for Unified Intelligence Task Force, however she is put through to a call centre where she is told that U.N.I.T has been shut down due to their funding being cut.

What will the Earth do now without its primary protector, other than the Doctor? U.N.I.T is an underground military organization that deals with alien threats, much like Torchwood, (which should be brought back by the way). Anyway, Chibnall obviously wanted to make it so that his tenure of Doctor Who is different from Moffatt’s, so getting rid of U.N.I.T kind of makes sense, completely getting rid of them, not just saying Kate Steward is on another mission somewhere, is stupid in my opinion. Let’s hope Chibnall has some sense to bring them back.

Now another thing that got me with this episode was how the TARDIS was just used a taxi, and it shows how much the Chibnall era of the show is very much different from the other NuWho, that has come before it. In this episode almost all the supporting cast were in the time machine at some point or another, plus as stated above, Graham asks the Doctor to pick him up, I don’t think the time machine is supposed to be used like that.

I think this is the most time we have spent in the console room of the TARDIS in any NuWho episode.

5. The most evil beings in the universe.

Now, ok when I said, Spoliers ahead, I really do mean it as I will be talking about the new Dalek in the episode.

This episode gave me something that I didn’t think was possible, a new reason to love the Daleks even more! The story goes that centuries ago a war was fought between three armies and a Dalek, an old Dalek, one of the first to leave their home planet of Skaro. The Dalek was defeated by these three armies and split in three and placed around the world. The Dalek however is awakened and joins back together, attaching itself to one of the people who found it, an archaeologist called Lin (Charlotte Ritchie), who gives a great performance as a person possessed by a Dalek.

Most of this episode reminds me of an episode starring Matt Smith, the Eleventh Doctor called “Cold War” which featured an Ice Warrior outside of its natural armor, and it showed how dangerous it could be, but still vulnerable to attack. This episode is the same, it shows how dangerous the Daleks are, even without their armor casing.

You don’t have to wait long before you see the ‘new’ armor casting of these murderous pepper pots. The Dalek has used Lin to build a new casing, made of  old parts that it has gathered and random pieces of metal that it found in a workshop. The result is very interesting and somewhat rustic looking which is amazing, the grill on its head even lights up when it talks, it truly does look menacing. I do hope that there are more Dalek episodes to comes so we can get another Dalek redesign.

In Conclusion, I think this is a very fine episode, a very fitting season finale in my opinion. Yes there was a few moments that could of been improved or thought about more, like the call centre scene. I loved the story and the way they introduced the Daleks afresh, being it was a Dalek first off of its planet, a type we’ve never seen before, they had a lot more creatively with the story, plus seeing a Dalek out of its case always make my skin crawl.

This is the only Doctor Who review of the year, as there won’t be another season until early 2020. 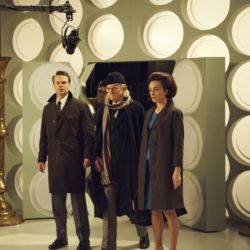 12 Weeks, 12 Doctors: Eleven Thoughts on Doctor Who: An Adventure in Space and Time 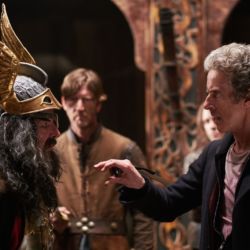 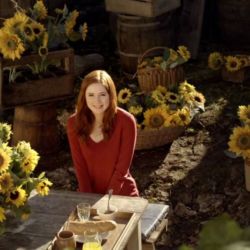 12 Weeks, 12 Doctors: Five (and a half) Thoughts on Doctor Who‘s “Vincent and the Doctor”