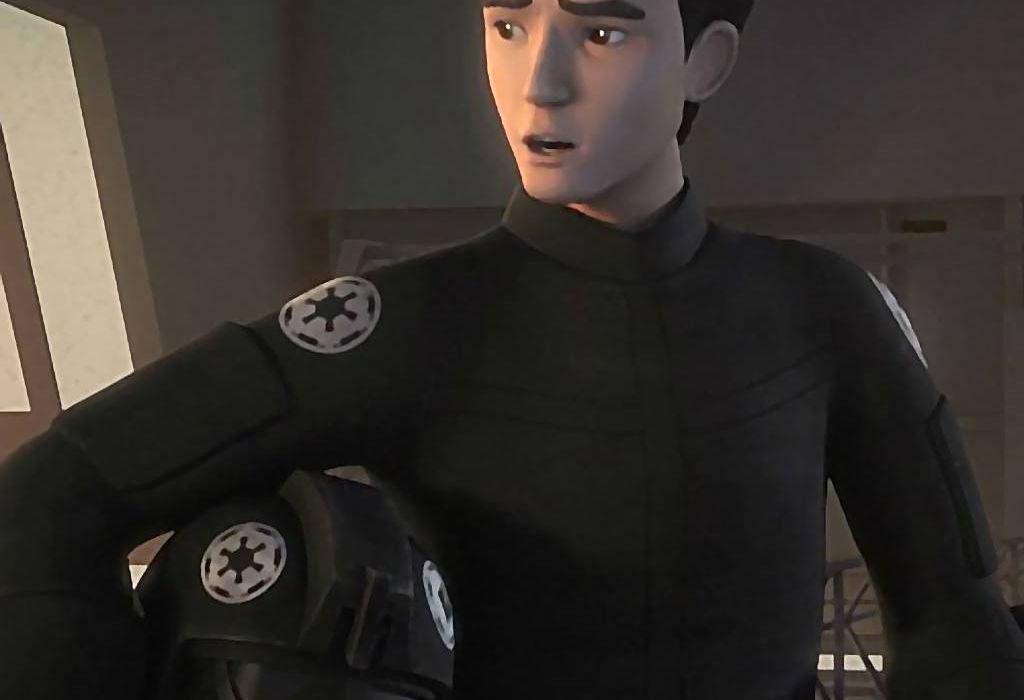 Welcome back! It’s another episode of the third season of Star Wars: Rebels and the show is continuing its hot streak with a third great episode in a row. This week, things take a turn towards a more one-off style story that brings a couple of beloved characters into the Rebellion. You’ve probably guessed who at least one of them is by the title, but I should still say that this is going to contain spoilers for the episode.

Without any further ado, though, let’s dive into our Five Thoughts on Star Wars: Rebels‘ “The Antilles Extraction”.

One thing I really loved about this episode was how it focused on single-pilot fighters and their dogfights. With the Ghost being a larger cargo ship modified for combat, most space battle we see in the show operate on a different scale than we saw in the films. Well, they tend to feel more like the Millennium Falcon scenes as opposed to, say, the first Death Star battle. We’ve not really seen much in the way of a true dogfight until this episode where we actually get a few. Things are mostly from the perspective of the TIE pilots, too, which was an interesting flip and the insight we got into the operations through the simulation that Sabine goes through was fascinating.

The only downside to these is that the episodes simply aren’t long enough for me to get my fill. The direction of the dogfight scenes was superb and perfectly spoke to WWII films in the way that George Lucas’ direction of A New Hope did, especially the simulation, but each time I wished they could have been a little bit longer, particularly the cold open. I know there’s an episode to produce and a story to get to, but I’m selfish and I love dogfights in Star Wars and won’t you just remake the TIE Fighter games?

We’ve known of Sabine’s history with Imperial Academies for a while now, but this is the most we’ve delved into it. Her past is still pretty shady, but having that link provided this episode with two interesting qualities: we got an episode that focused on Sabine that didn’t rely on her Mandalorian heritage and we got an episode that focused on the day to day operation of the Empire. One of the frustrations I sometimes have with Star Wars is how there’s this expectation to believe that the Empire is simultaneously a serious yet corrupt governmental system built on colonialism and fascism while being cartoonish enough to be the bad guys of a space opera.

There are dark places that Empre goes that reflect the dark places of our world while also being headed by a literal wizard and his robot sidekick. This episode does a great job of marrying those two extremes by showing a dark reality of how Imperial Academies operate and how they break down the morality of their recruits until the become compliant with the war crimes the Empire commits. It’s kind of harrowing for a cartoon on Disney XD, but it’s something that rounds out the Empire as genuine governing system that is comfortable being totalitarian with no accountability for the lives they take instead of the people who thought naming their superweapon the Death Star was a good idea.

With his name in the title, it wasn’t hard to guess who the Imperial defector would be, but I’m glad that Rebels is continuing the trend of showing what the galaxy is like during this time by exploring the lives of characters we know from the films. Like bringing Leia into season two, we know where these characters end up so it’s interesting to see how they become a part of the rebellion that goes on to define their life and it’s even better when it gets to explore a character who was little more than a name and a face in the films.

Wedge Antilles is a character who was mostly explored in the EU, and most of that was in the ‘Rogue Squadron’ novels, so with a lot of that now being Legends, Rebels is open to exploring who Wedge was when he defected from the Empire and joined the Rebel Alliance. This was a fantastic choice, I think, as it rounds out the cast even more and I can only hope that, like Rex last season, Wedge continues to be a recurring role on the show.

One of my favourite moments in this episode was a small one, but it delighted me. The brief scuffle between Sabine and Governor Pryce as Sabine tries to escape her attempted torture was way more rough and tumble than I expected from this show. Rebels tends to style its hand to hand fight scenes in a very pulpy, Indiana Jones way where one good punch with a fake sounding thwack noise to accompany it can take down anyone. This brief brawl was much more intense and, dare I say it, brutal which I guess speaks to just how surprisingly dark this episode got.

This fight scene is just one of the elements I noticed in this episode (including the off-centre cinematography and the much more realistic lighting) that have made me more and more impressed with this show since it began. One of the things that kept me from watching the show’s first season for so long was how cheap it looked compared to Clone Wars and I’m definitely glad that that’s improved over time.

So like… I feel like this was such a poorly kept twist that I’ve missed something outright confirming that Kallus is the new Fulcrum. I mean, the modulation on his voice can hardly change David Oyelowo’s accent and Kallus being there to save Sabine, Wedge and Hobbie was just a little too convenient. Now, I’m super stoked for Kallus’s arc being that he fought against the Rebels for so long only to see the honour in their fight against the Empire and now he’s helping them take down the Empire from the inside. I think that’s a fantastic arc and Kallus’ ongoing bromance (and I use that term unironically) with Zeb being the catalyst for this change is a great way to harken back to their episode together in season two.

I just kind of with they’d drawn out the mystery a little longer, you know? Or at least pretend there was some mystery all together. Still, I cannot wait to see where they take Kallus for the rest of this season.