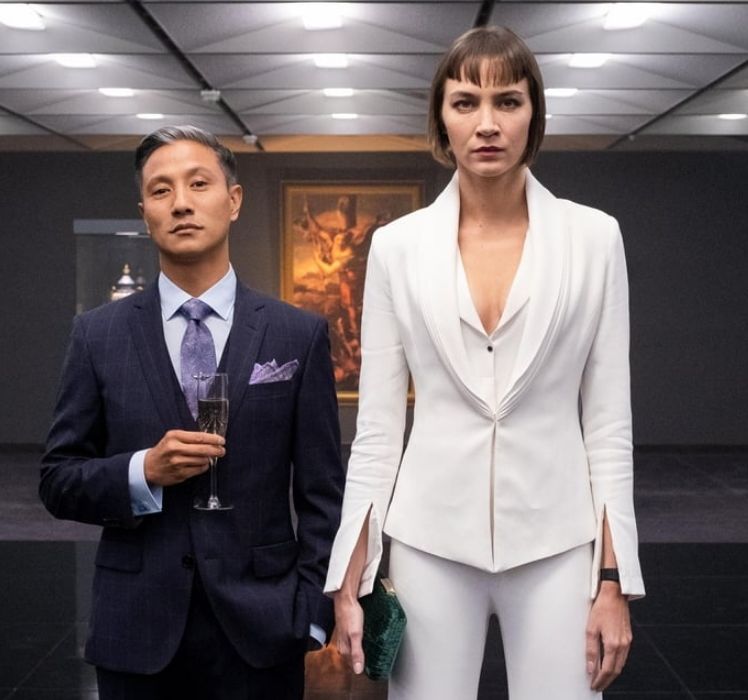 It’s time to dive into a new Marvel TV series, bringing Daimon Hellstrom from the comics to live action. Well, Daimon Helstrom now, since they decided to chop one L from the show title. Don’t ask why.

Now, I’m only moderately familiar with Daimon Hellstrom and his sister, Satana, from the comics. Most recently I’ve enjoyed seeing them in “Strikeforce,” as well as Daimon’s role as a teacher in “Strange Academy.” So while I know the general story for the characters, any obscure lore references might not get caught. Fortunately, that means I’ll be able to review the show on its own merits, without comparing it directly to the comics. In that regard, how does it do?

Naturally, the first thing we have to look at is our starring characters, Daimon and Ana. I have to assume Ana is short for Satana, given her comic counterpart.

With that said, neither of them look much like their comic equivalents, although Daimon does appear to have the pentagram scarred on his chest. We’ll see if it ever ignites on fire over the course of the show.

We meet Daimon as he’s called in to assist with an exorcism, which turns out to be less “demonic possession” and more “preteen rebellion.” The scene helps establish a few things about his character: he’s not part of the clergy but is called on to assist with demonic matters, he’s keen enough to quickly tell the difference between actual possession and not, oh, and he does have actual powers. We can see a bit of it as he stops the kid mid-punch and causes a circle of fire to form around him, but we have yet to see his full extent.

As for Ana, we meet her at an auction. She meets up with and subsequently kills a billionaire murderer, using some magic of her own to see into his mind and make him freeze. Then she’s off to a one-night stand with a woman whose name she can’t remember. Like with Daimon, this introduces us to her as a person and her powers.

We also learn how the siblings are estranged, and a little about the horrific events that pulled them apart. The backstory is set up, but there’s still plenty of details the show isn’t telling us on episode one. Also: a lot of trauma for everyone involved.

We’re also introduced to a good number of supporting characters. The one presented to us as our audience surrogate is Gabriella Rosetti, a nun-in-training and new exorcist. Since most of the characters we meet already know the Helstrom siblings and their backstory, it’s through her that we get to learn about them and their backstory.

Now, I did some digging around in Marvel history to see if she has a comic equivalent. She appears to be named after Gabriel the Devil-Hunter, but aside from their names, faith, and work as exorcists, they do not appear to have much in common. It seems unlikely that her character will go down a similar path to him.

Then we have Dr. Louise Hastings, who has a much more direct Marvel Comics counterpart. In the show, Dr. Hastings basically raised Daimon after his mother was institutionalized at St. Teresa’s, which she appears to be in charge of. In the comics, she’s a member of the Darkhold Redeemers and expert on the occult. (The Darkhold itself was an important MacGuffin in Agents of S.H.I.E.L.D., so it will probably not make an appearance here.)

We learn less about Ana’s side of the supporting cast. What we do get indicates that they’re also familiar with the occult and her family history, at least to an extent. Hopefully we’ll learn more about them as the show goes on.

Now, the stand-out performance of this episode goes to Elizabeth Marvel as Victoria Helstrom. She pulls off the “possessed evil voice” nicely, with just enough ham to make it stick. She was creepy, haunting, and oh so malicious. The initial delivery of “My sweet little boy who should never have been born” was delivered quite well, so she deserves credit for her performance.

Yes, we meet the Helstrom siblings’ mother, and she’s possessed, complete with the ability to toss people around with her mind. Throw in some manipulations that kickstart the story and we’ve got a potentially interesting character on our hands. Think it can last?

Between all the murder, demonic possessions, and people getting their heads bashed in, this is probably the darkest show Marvel’s put out. While Marvel television has dealt with mature themes before (see Jessica Jones for a great example of how they can manage topics like drug abuse and emotional abuse in a superhero show), this is moving more into the horror genre.

The opening theme sells this well. There’s no Marvel logo like we’ve come to expect, but instead a slow, almost calm musical score accompanied by dark imagery like a child drawing their nightmares, filled with fire and death. It certainly helps set the tone for the show.

We can expect fewer one-liners and a lot more emotional trauma, with the occasional jump scare. If that’s your thing, great! If not, well, just be aware going in.

Does dark and bloody mean good? Well… not necessarily. While it’s too soon to make any judgement calls, the show didn’t impress me with episode 1. We’ll see how it improves going forward.

Aside from the thematic elements, one other thing sets Helstrom apart from the other Marvel shows: its complete disconnect from the rest of the Marvel Cinematic Universe. There’s definitely a sliding scale of how connected the shows and movies are, with Agents of S.H.I.E.L.D. and Agent Carter at the most connected end, even shows like Luke Cage acknowledge the existence of the Avengers and events like the invasion of New York.

Not so in Helstrom, at least not yet. Marvel’s magical side has been creeping more and more into the live action productions, including Doctor Strange in the movies and the Agents of S.H.I.E.L.D. Ghost Rider arc, we probably won’t be seeing any of that this time around. Will there be more Marvel references down the line? It feels like it would be out of place with what they’re going for, but we shall see.

With that said, there was one other comic reference I could spot: the Roxxon company name was hanging above a run-down store near the end of the episode. This, however, is likely just an easter egg.

So, what were your thoughts on the first episode of Helstrom? Let us know in the comments below and join us again next week for episode 2. 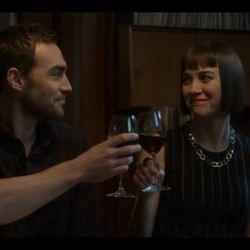 Over the weekend, I watched an amazing series finale. It built on all the relationships the characters created over the season, provided some tearjerking moments, had good action, and all around brought the story to a satisfying end.Then when I was done watching The Mandalorian, I resigned myself to finishing Helstrom as well.Okay, here we […] 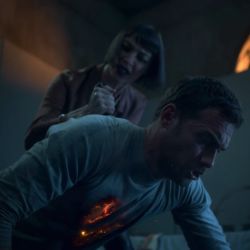 This episode was… uncomfortable in many ways. Fortunately, we’re almost through the series, for however much good that does us. So let’s take a look at episode 9 and see what it brings us.Oh, and we still haven’t actually seen the Helstrom siblings’ father, with one episode left to go.1. No. Just No.As I said, […] 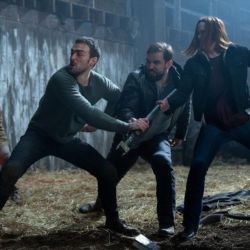 Five Thoughts on Helstrom‘s “Underneath”