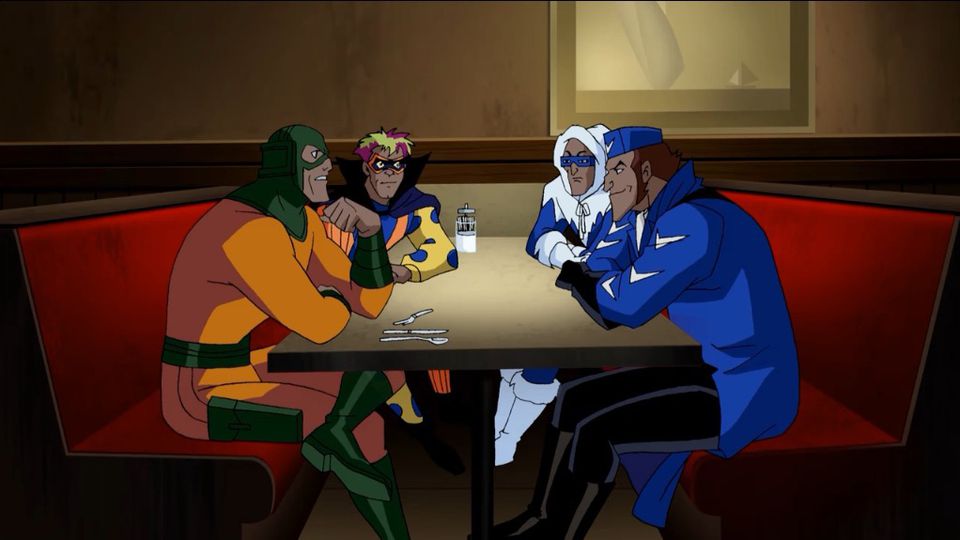 The reason that today, February 11, is Flash Appreciation Day, is because of this episode of Justice League Unlimited debuting on this date in 2007. It has a reputation as being one of the finest episodes of the series, but does it hold up? Keep reading to find out.

This episode is almost as much about Central City as it is the Flash. The city clearly loves its hero, and he loves them right back. Here, we see Wally West as not just a hero, but everyone’s neighbor. He stops to tell people he hopes they have a good fishing day, he promises to paint an old lady’s fence – he’s the word’s best citizen. It is no wonder why the city honors him with a museum and the key to the city.

Not that he is the only hero with a close relationship to his home city, but in many ways, he’s the hero that hasn’t resigned himself to be above the city. Batman loves Gotham as its protector, not as its resident; Superman feels a responsibility to protect Metropolis, but that’s not really his home. Wally isn’t just Central City’s protector, he’s its apartment dwelling, bar frequenting bachelor.

This episode features four of the classic Flash villains – Mirror Master, Captain Cold, Trickster, and Captain Boomerang. This one episode strikes a very delicate balance between the Rogues that are criminals and also regular dudes. That is one of the charms of the Wally West era of the Flash. Sure, he takes down the Rogues all the time, but there was a sort of begrudging respect and mutual understanding between them. It was a cat and mouse game, and everyone seemed to be, more or less, okay with that arrangement.

Obviously, that dynamic took years to develop, but this episode tries to distill that into one half hour. It does this by making the Rogues easier to relate to and showing their bluster more than their bite. So, when the ‘four hardest guys in town’ order Arnold Palmers and milk at the bar, or when Captain Boomerang cries poverty, it helps to see these guys as a people who make bad decisions.

3. Not ignoring the history, not dwelling on the past

The Flash Museum isn’t an idea unique to this episode – it actually debuted back in 1965 in the comics – but the episode uses it to both show just how beloved Flash is in Central City, and also to give fans a ton of Easter Eggs, both big – Jay’s helmet, Gorilla Grodd exhibit – and small – Turtle Man, a character almost totally ignored until The Flash introduced him a few weeks ago.

But the episode does some other fun stuff – Wally’s boss looks shockingly like Barry Allen, we see the first sparks of a Wally/Linda romance- but never at the expense of telling the story at hand. While each Flash is different, this episode manages to nail the essence of the character itself, from the Golden Age to the Modern.

The best scene in the episode, hands down, is the Wally/Trickster encounter at the bar towards the end of the episode. In case you’re unfamiliar:

This shows Wally as an incredibly compassionate hero, and really gets to the heart of what makes him special. Damn, I love that scene.

5. Truly one of the greats

This episode really does live up to the hype. This morning, I watched it with my toddler daughter and my not-a-comics-fan wife, and both really enjoyed it. My wife responded to Wally’s compassion and humor, my daughter loved the action, and I loved it all. Justice League Unlimited was really a special show, and this episode shows one of many reasons why. 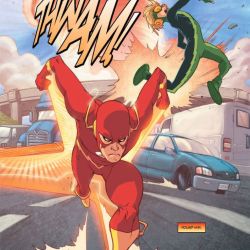 5 Hopes for the Flash Across All Platforms

It is quite the time to be a Flash fan – recent rumors suggest that his solo film will be out as soon as in 2018, the show is going strong, and the comic (reportedly) will be getting a new creative direction. I’ve been a Flash fan for nearly 30 years now, and while things […] 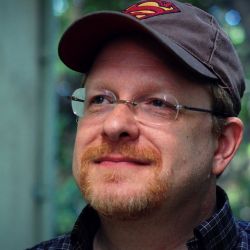 Mark Waid Tells Us Why He Loves The Flash

There is a certain magic around writers who tackled “The Flash” in the last 25 or so years – each of them have gone on to do incredible things after leaving the book, and most wind up talking fondly about their time on the book. Mark Waid is no different – Waid has gone on, […] 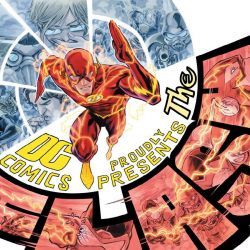 Art Of The Flash

Welcome to Flash Day! Here at Multiversity Comics, we’re celebrating everything about our favourite Scarlet Speedster all day. This is Art Of The Flash where, much like Art Of The Week, we’re going to be showcasing some of our favourite pieces of art featuring The Flash. Obviously, this isn’t going to be an extensive list […]