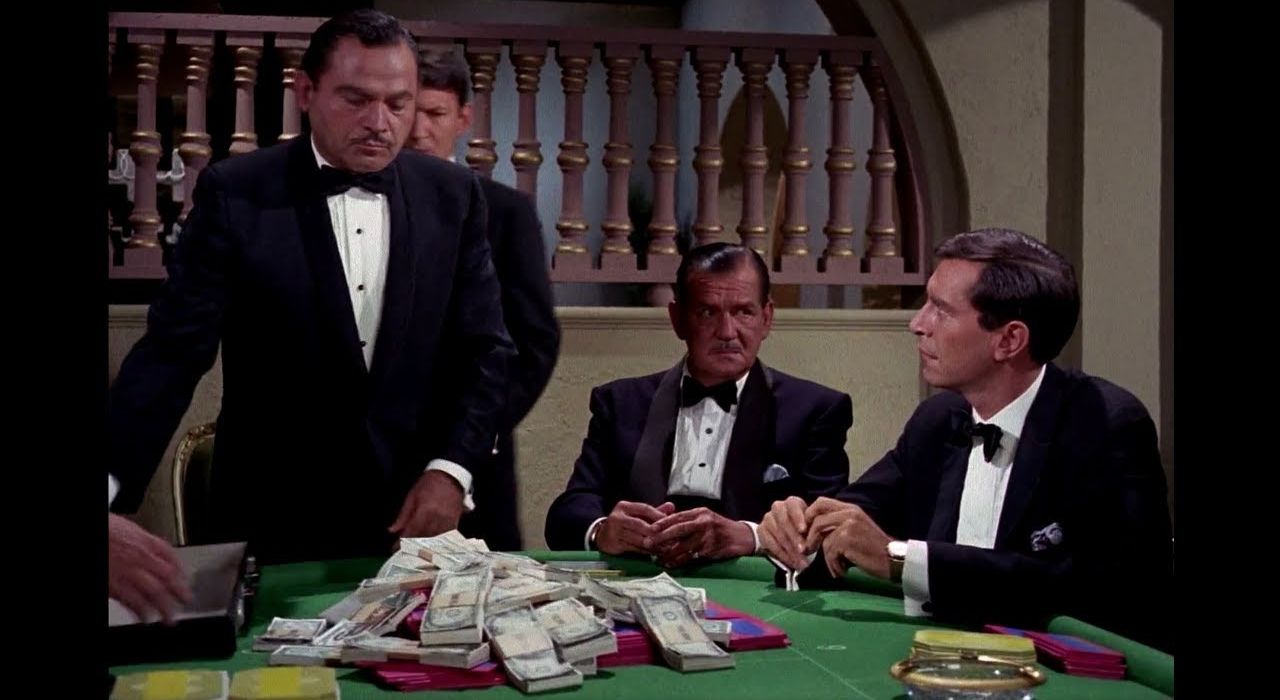 “Odds on Evil” was originally broadcast on October 22, 1966. Directed by Charles R. Rondeau and written by William Read Woodfield and Allan Balter, the episode finds the IMF dispatched to a tiny Mediterranean principality to stop a despot from launching a war campaign. What makes this mission impossible is that the team are not overthrowing a tyrant or instigating a coup, but rather preventing an arms deal while bankrupting a dictator. Now that I think about it, this might be one of the most plausible missions the IMF have ever been on.

Basically, “Odds on Evil” is Casino Royale, but without the chauvinistic sociopath at the center of it. Ian Fleming’s novel had come out in 1953 and while the James Bond franchise was well underway, the only adaptation of it at the time was as an episode of Climax!, which also aired on CBS. The first film version starring David Niven, was still a year away, a version that had more in common with Austin Powers than Sean Connery. The plot follows the IMF, sans Briggs, as they infiltrate a small Mediterranean island whose primary source of income comes from its casino. The ruler of this island, Inen Kostas, plans to purchase $1.5 million worth of arms and munitions in order to “declare war on an oil-rich nation that borders his.”

“Odds on Evil” is an odd episode. Not just because of Briggs’s absence or the very inspired-by plot. Side note: William Read Woodfield and Allan Balter were nominated for a Writers Guild of America award for this episode, but they lost to Harlan Ellison for “City on the Edge of Tomorrow.” Anyway, what makes this mission odd is that not much happens in it. The only reason the mission seems impossible is that the IMF decide to go about it in the most complicated and elaborate way they could imagine. There’s trick roulette tables, radio watches, card counting optics, and money-lined fur coats. There were probably easier and less elaborate ways to go about this, because it’s not like they were hiding the fact they were interfering in another country’s business. Someone even says something like, “Kostas is going to be sore tomorrow when he figures all this out.”

That being said, “Odds on Evil” is captivating and thrilling throughout. I had a lot of fun with it, even got invested in their operation and how they manipulated card games. Casinos in media tend to be far more exciting than casinos in real life. Maybe it’s because of the snappy theme Lalo Schifrin composed, a piece of music used far more prominently and liberally than many of the other compositions. Or maybe it’s because Cinnamon Carter gets to punch a jerk out. Like, easily, the best punch of the series so far.

2.) All the Equipment All the Time

Mission: Impossible loves its gadgets. Frankly, we love gadgets in spy media. You’d be hard-pressed to find any espionage-based show without a set of crazy technology. Thus far, the equipment the IMF has used seemed . . . plausible. The filmmakers always made sure to have a scene where Greg Morris explains what’s going on, how everything works, and how they plan to use it. But the gadgets in “Odds on Evil” push against that plausibility, flirt with being abjectly silly.

Take the roulette table. I missed whether or not they secretly installed a roulette table or just came up with a mechanism that would allow them to control any roulette table, but nevertheless, the device required about 86 people to operate. Peter Lupus wears a heavy suit with the mechanical gear inside it. Then Barbara Bain keeps a transmitter in her handbag while guest start Nico Minardos checks a transmitter watch in the least conspicuous manner I’ve seen. There’s one thing where you’re letting the audience know what’s going on, then there’s another where it feels ridiculous to the scene. I’m also not sure what speciality Minardos’s character brought to the mission, other than to fill out the roster.

I did get a kick out of Rollin Hand’s suitcases of gear, especially the giant optical microscope he pulled from one. It came complete with a book of various infrared filters and lenses. “These cards are marked all right,” he says. “I just haven’t found out how yet.”

It wasn’t until about halfway through “Odds on Evil” that I finally noticed Dan Briggs wasn’t around after the cold open. Until the end of the episode, I kept expecting him to pop up in a surprise role. However, the team completes the mission on their own and work as effectively, as cooly, as professionally as ever. I wondered, then, besides assembling the team and giving directions, what does Briggs actually do?

Don’t get me wrong: I like Briggs. I think he’s the right kind of leader, always after the best people for the job and quick with encouragement; assured, confident, and open to suggestion. Yet, apart from “Operation Rogosh,” he stands to the side and watches his team work, unless all the other options and avenues have been exhausted. Most of the danger goes to Martin Landau.

Compare him with Ethan Hunt, who actively trusts his team to help complete their operations and plays an integral part on his own in making sure they see it through. He does the most dangerous and impossible work, confident the rest of his team will put the pieces together. No standing around for him, not when there are buildings to jump off, nigh-on impenetrable safes to crack, or helicopters to crash. Of course, Hunt is played by Tom Cruise and, as one the last movie stars, you can be sure he’s going to be front and center for the whole thing. Arguably, Martin Landau is the biggest star of the series, which might be why he gets all the best scenes.

For as fun and engaging as “Odds on Evil” turns out, there’s something that doesn’t sit right, something that breaks the fantasy of espionage and counter-intelligence storytelling. It comes during the debriefing scene, when the Secretary (or whoever) tells Briggs that they’re not being dispatched to stop a despot from killing millions of people or helping to overturn a corrupt government. The only detail we’re given about the target’s target is that they are “oil-rich.” We can assume a lot from this. Kostas’s country survives on the basis of his casino and having a rich oil reserve under his jurisdiction would undoubtedly bolster his influence. We can also assume that, because oil and oil-based interests exert a considerable hold on America, their global policies and international procedures. And the Americans would rather have a country they can manipulate to be in charge of those oil fields.

So, the IMF is not dispatched to save people from an oppressive regime, although the script does offer plenty of evidence Kostas is a terrible person and rules with an iron fist, but to protect capitalist interests, to make sure the corporations and companies are kept happy.

Which really kills the fun of the genre.

We know, I think, the realities of counter-intelligence, even if we never have a firm grip on what they’re doing. Real spies work not to protect people but assure government interests and if that happens to benefit a population then all the better for it. They’re cloaked in secrets and hold this unknowable power over the world. James Grady, author of Six Days of the Condor (made into the Sydney Pollack film, Three Days of the Condor) believes our fascination comes from a desire for power. “Secrets create power,” he writes. “Power determines how we live.”

In stories, there’s this fantastic element about spies. About how they keep pulling us back from the bring of disaster without us even knowing how close we had gone. How they play cat-and-mouse games with other secret agents. Unlike say, the police, whose work is open and public, and whose violation of that work openly contradicts the depiction cops get in TV shows and movies, we can’t know what a spy is actively up to, so we concoct these grand schemes about them.

That they pull off complicated plots with a limited amount of support.

That they have access to technology we could never dream of.

That they travel across the world, assuming multiple identities and living numerous lives.

That those lives are full of secrets, where nothing is ever as it seems.

Spies have become the modern day swashbucklers. Instead of leaping from horse to horse, they’re using motorcycles. The characters have to rely on their wits, are full of quips. They can pull off improbable physical feats — from enduring an incredible amount of pain to performing dangerous stunts to running around in public, destroying everything they come across with little to no repercussions. At the same time, they’re also more complicated, more conflicted, more paranoid than your Errol Flynn/Sabu-types. They know the secret histories of the world and work to protect people, albeit sometimes indirectly, from terrorists or corrupt governments or awful leaders. Even someone like Jason Bourne, in his dark and gritty demeanor, still bears traits of pulpy action heroes, what with the hanging off the sides of buildings and driving fast cars through crowded city streets.

There’s such a separation from entertainment spies and actual spies, we can project whatever charismatic thrills we want. We can lead secret lives, we can travel the planet. We can save the world. 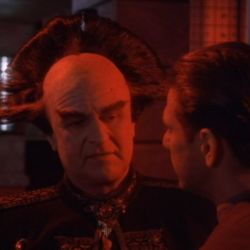 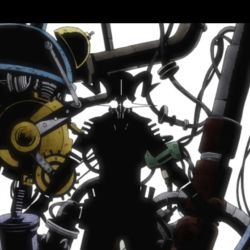 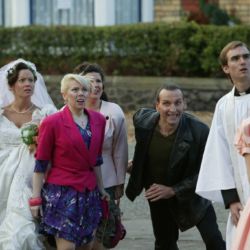