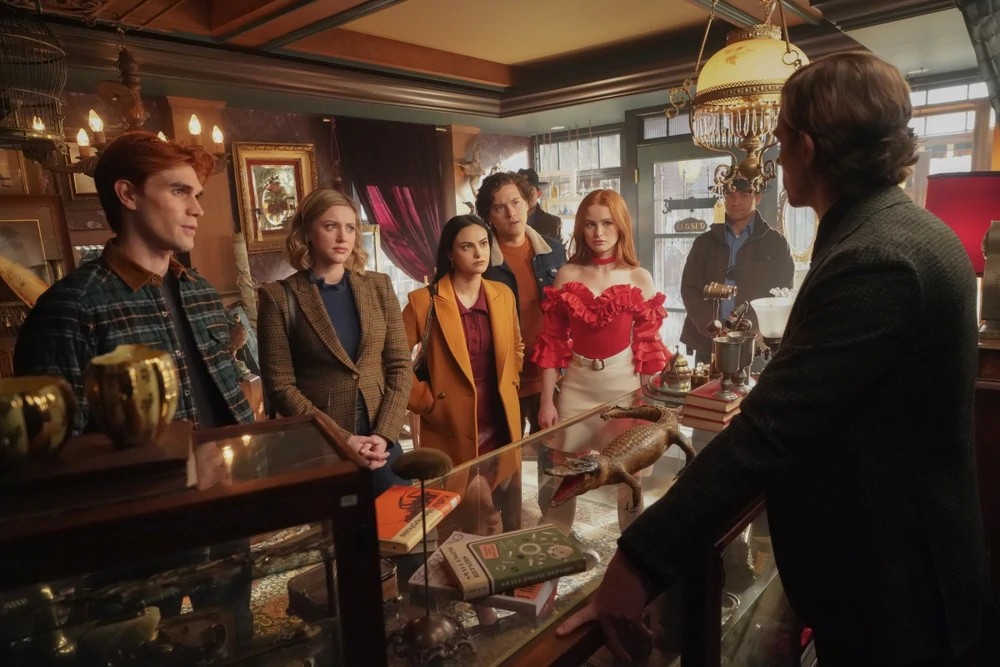 Welcome back all you Riverdale fans! For a minute, I was worried this episode would be indulging in some Librarian slander. Thankfully, it is very pro-library. Fuck the Percivals of the world. They can fall into a deep, unending pit of moldy, unread copies of “Rush Revere.”

It boils my blood to see libraries weaponized, even in a fictional setting like Riverdale. It seems like a minor thing to get riled up over, and I’m certainly romanticizing them seeing as I work in one, but libraries are a bastion of knowledge and freedom and to see them twisted and manipulated into a tool of regression kills me.

It’s even more galling to know that Riverdale isn’t exaggerating, at least not much, when fine collections are not capped and are outsourced to collection agencies. NY, which is where I assume Riverdale takes place seeing as they name dropped Rockland County a few episodes back, doesn’t seem to have these laws but still.

2021 had an astounding number of challenged/banned books which is surely what inspired this particular plot point and you know what? Once I got over my incredulity, it was actually a brilliant way to get me to hate Percival even more with his property over people mentality. More villains should show how evil they are by messing with the library. It’d be better than having them fridging someone at least.

Also, during my search for NY library laws – which I gave up on when I came across a hundred page document and didn’t want to be up until 5am – I found out that NY Governor Hochul vetoed the e-book bill which would’ve let libraries buy and lend e-books at commercial rates just like a regular ass print book, instead of the usual $60 per copy & limited lending use (typically 52 check-outs or a 2-year license per purchase) many publishers use for libraries. So. That’s frustrating.

2. The Haunting of Hill House

So what actually happens in “Ex-Libris?” I’m glad you asked! Percival, using his newfound Mayoral powers, shuts down the library for his ~railroad~ and then uses the overdue book log he procured to hound all the agitators in town he could, take a totem of theirs, and then curse them so they get haunted by the past/terrible things start happening to them based on the books they lost. Yada yada yada, they all suffer, most of them find their books, and in the end, Veronica gets her superpower of murdering people with her lips, Jughead might turn into a cockroach, and Kevin & Reggie formally join the Torries. Oh and Betty isn’t preganernant. Glad that was resolved within 2 minutes.

Like many a Riverdale episode, it’s a lot all going on at once. While it’s all held together by a shared struggle, there’s still too much for one episode and each story doesn’t really get the screen time it needs. I think this is best exemplified by the opening scenes of Percival going to everyone to collect their items. Way too many scenes! You need to establish everyone’s reactions and the items, sure, but damn it takes forever to repeat the same thing over and over. Just do one or two then smash cut to the spooky candles and chanting. Ugh.

Can I take a minute to say the fighting between Reggie and Veronica has felt especially forced? I dunno why but the entire scene at the start of the episode feels like it undid all the good work done last week. It’s just boring and we’ve seen it a million times. It’s only there to have Reggie call Veronica a black widow so when the spiders appear, none of which had the iconic red hourglass by the by, it makes sense.

You know what would have accomplished that? The title of her book which keyed us into everyone else’s struggles, be it literally or thematically. Oh. Wait. It did that as well. Come on Riverdale. Subtlety is not your thing but this was just embarrassing.

One thing I did like about this episode was how they weaved in Percival’s “clean sketch alley” stunt back into the plot. I don’t love how it tied up a mystery that didn’t need an answer but knowing Doc is alive, albeit in Venice Beach, is nice. The other fun thing this plot point did was send Jughead off to Barney’s Book Barn in Allentown

Oh how I wish we could’ve spent more time there. If it were a real place. Also in the episode itself. It’s a spooky episode! Let the book hunt be spooky and not off screen, you cowards. Such a wasted opportunity. Oh, and did you catch the name checking two other huge bookstores: The Strand in NYC and Powell’s in Portland, OR? I wonder if they were paid to do that or if they just wanted to point people towards more books.

Alas, poor Heraldo. I knew him, Dr. Kurdle Jr.: a fellow of finite jest. Or no jest as it were.

Yes, of all the plots, the one that gets its own thought is the death of poor Heraldo. Who would’ve thought he’d kick the bucket so fast? And at the accidental lips of Veronica no less. It’s a twist I saw coming from the start of the episode but I didn’t expect it to be so literal. I guess now all she has to do is kiss Percival and it’s all over? Would that even work on the literal Devil? I dunno. Considering the preview has her kissing Archie and there’s no way he’s gonna die, I think it’s safe to say it won’t.

We got more Dr. Kurdle Jr. though, so I’m not complaining.

That about does it for now! What did you all think of the episode? Was it too scattershot for you all? What weird visions of the past were your favorite/most creative? Let me know in the comments and I’ll see you all in a week for, uh, honestly I don’t know. More railroad stuff? Until then, fuck book banners.

1) Percival: “You know those dark secrets you hold in your heart? I am those secrets.” 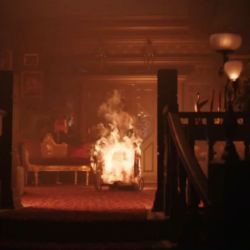 Christians, secular or otherwise, in all seriousness I need to know: do y’all not know what the ten plagues are or are the residents of Riverdale just that oblivious? Because if there was a single Jew in this town, they would’ve clocked that shit from day one. 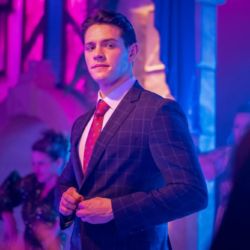 What is with The CW’s schedule right now? We took a random break last week and are skipping next week too. At least it kinda makes sense, what with it being Juneteeth & Father’s day, but still. Stick to a damn schedule so I don’t have to be reviewing in the middle of August. Let me have my summer Sunday’s back Riverdale! 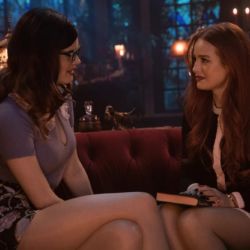