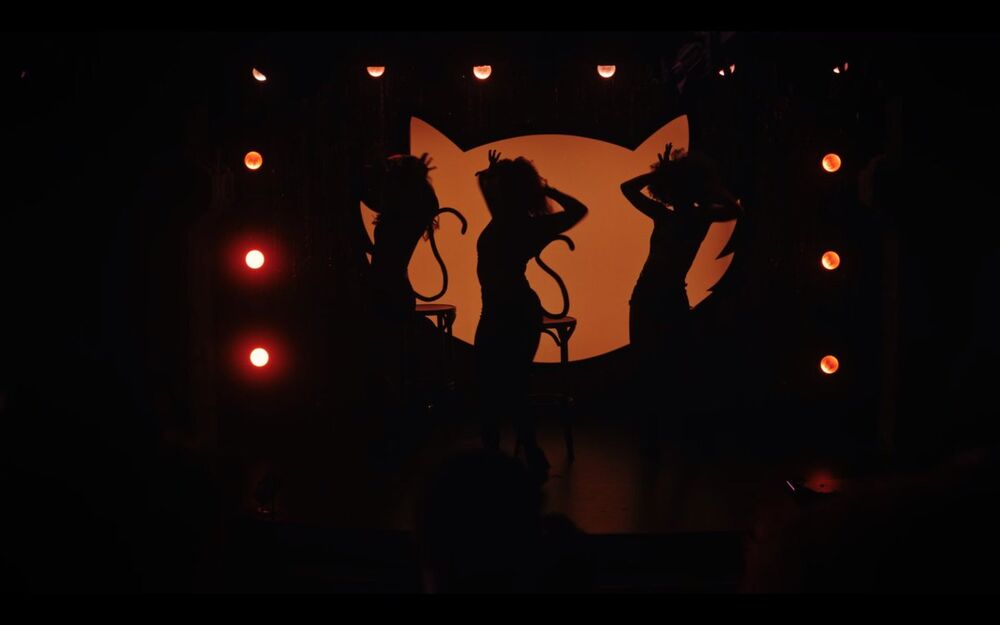 Welcome back all you Josie and the Pussycats fans! Get ready for an episode replete with long tails, family drama, sharp takedowns of the core Riverdale crew, reconciliation, catching up and, of course, ears for hats. Josie’s back and things are better than ever.

1. Sing Me A Song, You’re the Pussycats

It’s another musical episode! I think. Riverdale has played a bit fast and loose with their musical episode set-up this season, having already had musical numbers appear in a couple episodes already, so I’m not 100% confident that this counts as a “musical episode” but considering we got more than three musical numbers and cut-aways, I think it’s safe to call it as such. The musicals have always been hit or miss, usually due to the content of the episode rather than the numbers themselves, but this one is my favorite thus far.

Is it still supremely weird to have the musical numbers actually take place within the world of the show rather than existing in stage limbo? Yes, yes it is, but only when it involves eyeball milkshakes and a world tour introduction.

Last week the show broke with its usual format by leaning hard into the disconnected vignettes and this week does much the same by embracing a different kind of focus. I’m glad that we’re getting these kinds of episodes. It breaks up the monotony of the usual and allows Riverdale to try out different tones and to tell stories that might feel at odds with the usual ridiculous goings on.

“The Return of the Pussycats” is reminiscent of the season four opener, the singular “In Memoriam”. It is entirely focused on one character and them dealing with grief. It is a singular narrative, even when it contains a couple smaller plots, and it is a stand out of the season for its pathos and commitment to deepening its central character.

It is different, however, in that here we are focused less on honoring the character who was lost and contemplating his loss, and more on taking stock of who Josie is all these years later and how the loss of her father has caused her to reconsider where she’s at. It is also focused, not on a singular person, but on a fractured trio.

Josie has an outsized presence but that’s because she’s the superstar and the one who has the most growing to do. The other two, Melody and Val, have their own struggles and worries, but none quite as involved, mostly because the show kinda let them down prior to this, leaving Josie to get the most development, even if it wasn’t nearly as much as she deserved. By reconnecting, however, they are all able to find their vectors of growth and re-kindle aspects of themselves they had forgotten about. It’s a good single arc and a great breather as we head into the final four episodes of the season.

Of all the strange asides Riverdale has taken, having Toni, Tabitha and Veronica’s investor “friend” Alex sing “Little Shop of Horrors” sexily while delivering some shakes that look like they fell off the table of a Halloween party has to be up there as the strangest. It was so funny I almost forgot that the whole reason they end up singing that number is because the shop needs money, Veronica needs investors, and Alex wants to lean into Riverdale being a cursed town.

There’s conflict about Alex doing the whole “I have notes” and totally wanting to compromise what Pops’ is all about but who cares about all that? We had a weird musical number! That’s all that matters and all that you should remember from that plot. It’s all I’ll remember for sure. 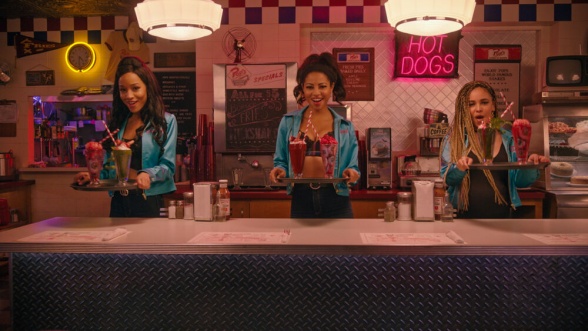 For those wondering what I mean by ‘sexily’

I wanted to return to Josie here because her journey across this episode isn’t what you usually see from a character who escapes to home after achieving stardom. Josie returns because the death of her father shook her and upon returning, didn’t feel the kind of nostalgic remembrances one would expect. She tears into the crew for the way they treated her across the seasons – a bit of a late recrimination for how the writers didn’t give her her due too – and is in turn torn into by her former band mates for her own failings.

Well, that, and a performance of Nina Simone’s “Stars” that will make you cry so hard a baby ends up getting born.

I’ve got a strong suspicion that this episode is acting as a backdoor pilot for a new spin-off called The Pussycats wherein Josie, Val, and Melody lean into the core of the most iconic version of the Pussycats: going on spooky adventures as a reskinned Scooby Doo clone. OK, that sounds dismissive but I am 150% on-board with this idea and I hope it comes to fruition. I grew up watching Josie and the Pussycats, which was groundbreaking for and all the other Hanna-Barbera shows of the 70s so I have very fond memories of them, even if many of those shows were objectively terrible.

Obviously, this show won’t be like the classic Josie show since this is The CW, and the original only lasted two 16 episode seasons, with the second in space, but that won’t stop it from taking aspects of that original and doing something new. I mean, when you have five people in a van and a mysterious man coming up and saying your father was potentially murdered rather than dying of natural causes, you’ve got the perfect set up for a new show centered around solving mysteries. Seeing as how that’s my jam, and I’ve grown to want to see more of these characters, I hope we’ll see something soon.

That about does it for now! What did you all think of this Josie centric episode? Let me know in the comments and we’ll be back next week for a whole heaping helping of patented Riverdale nonsense, complete with the line “I am the queen of the bees.” Until then, stay singing Riverdale. 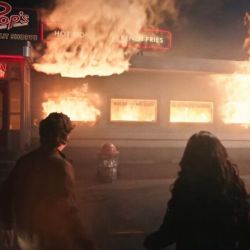 he season finale is upon us and, somehow, it’s the least bonkers finale we’ve ever had. Sure there’s arson, curses, blackmail, spooky calls from serial killers, and no shortage of skeletons but it never quite reaches the heights of “Survive the Night.” 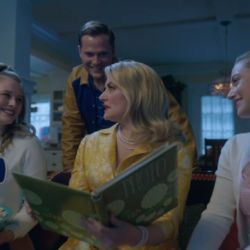 Five Thoughts on Riverdale‘s “Next to Normal”

I have been reminded of why I love live performances, and specifically live music, twice in the last two days. The first was Summer of Soul. The second was this musical episode. Who woulda thunk it? 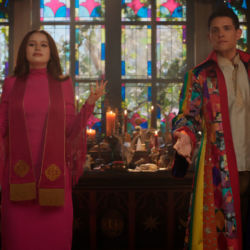 I figured, since we’re so close to the end, now is the perfect time to do a double feature. It had nothing to do with one episode airing on Yom Kippur. Nope. Not at all.