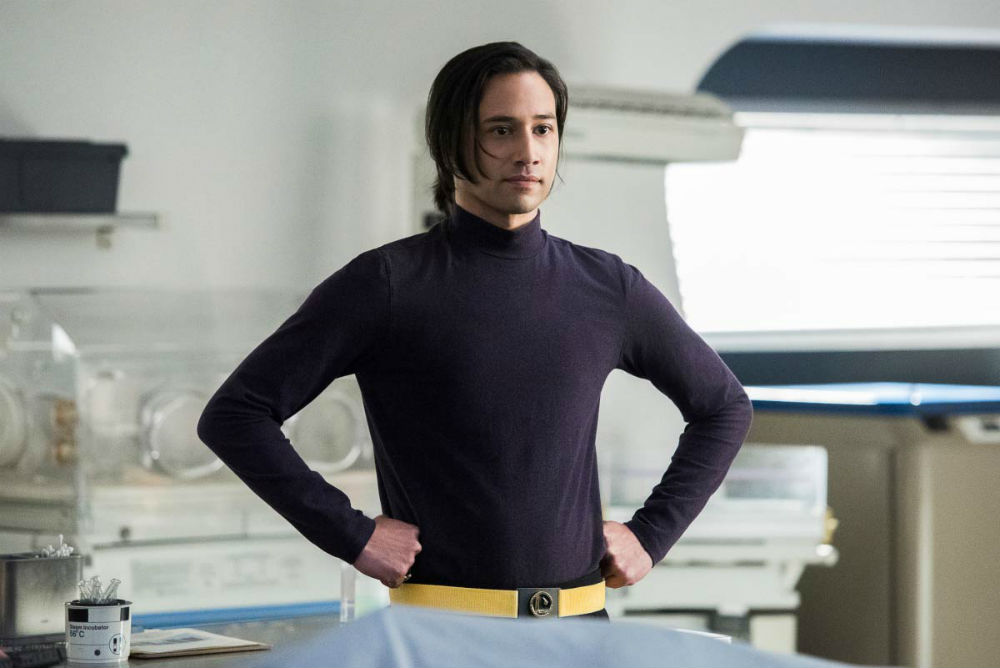 Welcome back all you Supergirl fans! Despite the title, this was neither an episode featuring Kandor nor was in a singular room, where everyone learns about each other and comes to some newfound understanding. Instead, there was a Coluan bottle, Crisis was followed up on, and this was the first damn time that the crossover materially affected the show.

I am tentatively optimistic for the back half of the season.

1. She’s a Luthor. She’s a Truther. She’s a Midnight Sleuth-er

It wouldn’t be a Supergirl recap without a Lena gripe but, maybe it’s just the stockholm syndrome talking, I think I’ve finally accepted Lena’s new status quo. Her plan was fucking stupid but her being bitter at the world, her innocence and trust shattered beyond repair, has began to ring true. I think the writers needed this reset as much as we did, though I take umbrage at her response to Kara coming over in the hopes of doing things right this time. Fuck you Lena and fuck you writers for lampshading other media’s ““““cliches”””” when instead it comes across as unecessarily cynical and like a middle finger to all of us (mostly me, it seems) that found her heel turn to have been produced through out of character retconning.

But, to the positives.

Now that both Luthors — mom and brother — are back, the show has a clearer idea of how to show why Lena is so swayed to remain closed off from her friends. Lex and Lillian are manipulative and abusive, so why is Lena still giving them the time of day? It’s hard to escape abusers, especially when they’re family; see the first episode of Harley Quinn. . .I have thoughts on ep 2 & that Cobblepot thing but that’s neither here nor there.

Now that it’s a new Earth that Lex rewrote, she’s in close proximity to the two, thus providing a reason she hasn’t cut them out and the two of them working together, which was telegraphed but not established until the end, means that they can very successfully maneuver and manipulate her. It sucks some of her agency out, yes, but it’s far more interesting and provides a far more solid reason for her not accepting Kara’s help or to recognize that not everyone is like her family; they’re the snake that whispers in your ear to harden your heart, that all that lies in trust is pain, never letting on that they have sunk their fangs, poisoning your life with each new whisper.

I get now why the first 8 episodes felt so rushed. They had to set up a lot before “Crisis” so they could set the stage for Leviathan and the return of the Luthors. Does that excuse the terrible pace? Not in the slightest but it does provide an explanation. I’m really pleased with this mid-season premiere. It followed up on “Crisis’s” resets in big and small ways without affecting too much and added extra complications to the ongoing plots. It was a time to clean up some of the inconsistencies that have cropped up — the DEO being secret but also not, for example — and to introduce some new ones, like Lex being tied to Leviathan but having no memory of it. I love that.

Plus, it got Supergirl to really embrace the superhero bonkersness and gave us the 5 Brainies version of “And Then There Were None.”

Jesse Rath had the time of his life this week, clearly, and got to ham it up, bring legit pathos, and radically change his character portrayal. He sold me on these being different version of himself without it feeling too caricature-esque and that smoothie scene was *chef’s hand kiss.*

Oh. OH! He also got a new costume and look! They made the awful grey make up into a plot point that was always the case you guys. Clearly always the case. But it doesn’t matter because the new outfit, blond hair, and green skin looks GOOD. Damn they absolutely nailed his look and they even gave it an in-universe reason without it feeling too shoehorned in. Now if only they hadn’t completely fucked over the relationship he had just regained in the process.

Veering away from that for a second, can I just say. . .Andrea, true VR aka false realities never ever, under any circumstances turn out well. Those ideas being peddled by a board member that only sees dollar signs is even worse because you know your idealism is gonna be thrown out the window for ways to squeeze ever more profit out of the people that end up with the technology. Oh, and I’m pretty sure your friend is Leviathan, though most of that stuff did not happen on this Earth as evidenced by William not knowing about his friend turning into a robot. Hmm. . .is Andrea not involved with Leviathan in this new timeline? Hmmmmmm. . .

NSYNC played over a bar fight with four Kryptonians, two Coluans, and two Earthers. This was the highlight of the episode and there’s nothing you can say that will convince me otherwise.

5. Schott Through the Heart

OK, detour over. I’m livid. Why the fuck would they toss Nia and Brainy’s relationship out the window?! Do they think that, just like the New 52 or the worst parts of Tam Kong’s Bahtmayn, the heroes aren’t allowed to be happily in relationships? Fucking hell y’all. You can do better than that. And don’t give me any of that, “He had to, for the planet” bullshit. That reasoning is paper thin, overdone, and reeks of contrivance rather than natural drama. Instead of being heartbreaking, it’s frustrating and that’s not how you want to leave things.

In fact, it feels like Nia’s being written poorer and poorer for her fewer and fewer appearances, a supporting character for Brainy, which, while I love him, is galling. I hope I’m wrong and that Nia gets more prominence but with Kara nowhere to be seen and Supergirl spending all her time at the DEO, this may continue to happen.

Oh, and Winn’s coming back next week. You know? The main character of one of my favorite Supergirl episode ever? Get ready for Toyman y’all.

That about does it for now! What did you think of the return? Are you as stoked as I am to see, uh, J’onn doing, uh, stuff? I got nothing, I’m just kinda along for the ride at this point. Maybe what we need is a Schott to the Heart to get us going. Next week, we may just get that. Until then, stay super y’all.

Reign Witch: “The Suave One is right.” 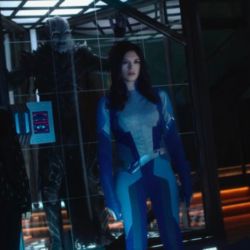 It’s mid-season finale time, to which I hear you all say, “Aren’t we on episode seven? Of a twenty episode season?” Yes, yes we are. Ain't The CW fun? 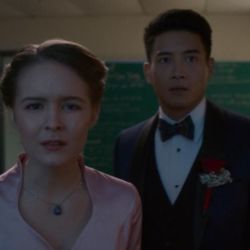 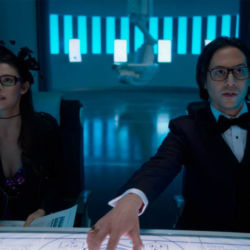 This week on Supergirl, Brainiac 5 and Nia Nal went back to 2009 to obtain some of Kara’s DNA, which would make it easier to locate her present day self in the Phantom Zone. As is always the case when time travel is involved, things didn’t go as planned.1. MisnomerBrainy and Nia planned to go […]