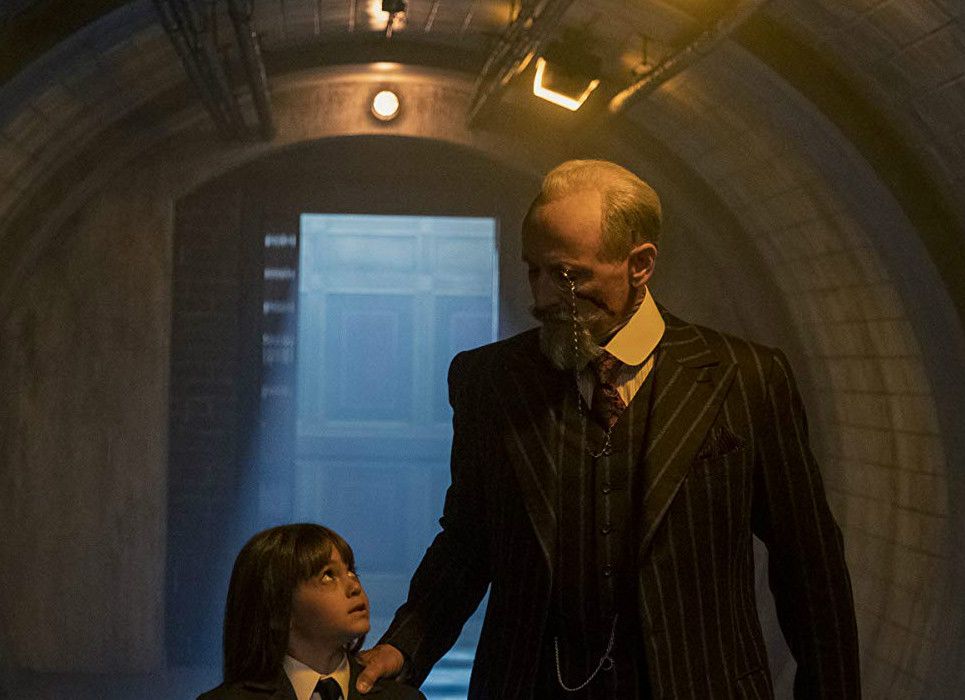 They’ve got powers. They’ve got baggage. They’ve got eight days to save the world. Welcome to the Umbrella Academy.  The Gerard Way and Gabriel Ba series comes to Netflix, introducing the world to the eccentric Richard Hargreeves and his superpowered progeny, who themselves have become less than superpowered adults.

Vanya gets a handle on her new abilities, while Allison gets a handle on playing amateur detective. Put on a pot of coffee and let’s dive in to “I Heard a Rumor.” As always, spoilers within.

We know Allison has the most regrets over her powers. They were the easiest to use – – all she has to do is say “I heard a rumor” (ROLL CREDITS) – – and she gets what she wants, from taking down robbers to getting her child to go to sleep. It’s that latter innocent use that ultimately cost her her marriage and custody of her daughter, and it’s led to a sea of regrets. She may be the most rational of the Hargreeves kids, but she is also the one carrying the strongest burden of guilt. Perhaps that is why she’s pursuing Harold/Leonard so vigorously?

Related: Good on her for not using her powers to convince the cops upstate to let her tag along on their investigation, tempting as that was. Nothing like just sticking with the usual “charm the starstruck locals with your fame” to get what you want.

Pogo confirms what Klaus discovered last episode when he conjured the ghost of their father: Dad’s death was planned (and Pogo and Grace helped) as a means to the end of reuniting the family.

It’s a heartbreaking revelation for everyone; Pogo was one of few family members outside of each other they could trust and played the fatherly love role to great effect. Pogo attempts the “I had no choice” excuse but Luther isn’t buying it. Seeing him challenge Pogo’s devotion to the family is an excellent sign of his character growth, since he was the one who most devoted until recently.

I also can’t help but wonder Diego’s reaction to finding out Grace’s role in all this. They had the closest bond, even in adulthood.

Leonard/Harold is after what Papa Hargreeves could not do: control Vanya’s powers. (Because locking her up in an underground vault was really the answer.)

In childhood, she was probably the most powerful of all the kids, using sound as a destructive force, isolating a sound and then channeling its waves for action and energy. Even when placed under control, Vanya’s abilities are quite the force to be reckoned with. And everyone should watch out. Including Harold/Leonard, especially if and when Vanya finds out he may have set up the fight in the parking lot to test her abilities.

4. This Week in Klaus: Klaus One, Purl Two

This is a small thing but brought me so much joy: Klaus knits! (Or at least is trying to learn to knit, based on the ball of yarn and needles on his lap). Not sure how much you’re going to learn in two days, Klaus darling, but at the very least, you should be able whip out a nice quick scarf to keep you somewhat warm in the end of days.

Perhaps Allison’s biggest regret wasn’t using her powers to get Claire to observe bedtime after all. It was to keep Vanya in line and her powers at bay when the adults couldn’t control her, at the orders of Papa Hargreeves.

The ethics of this decision, and everyone’s role in it, can certainly be debated at length. Allison may have been a child when she was asked by the adults to put her sister against the family, but as Luther said earlier, everyone has a choice. And even at her young age, Allison knew enough at that stage of development to know right and wrong. Should she have said something? Could she have said something? What responsibility did Pogo have in this situation, if he loved the children as much as he seemed to love them?

The past is the past though. In the present, Allison’s (literally) not saying anything now, after making the decision to re-enact that childhood scene with an adult Vanya.

And did anyone else notice that creepy smile of glee when Leonard/Harold finds Vanya over the body of her gravely injured sister?  Dude, morals, you definitely do not have them, Mr. Peabody/Jenkins.

Afterthoughts:
– If Dark Horse decided to release companion Umbrella Academy children’s books, the opening animation (Allison’s bedtime story to Claire) would make a perfect start.
– Vanya’s scarf hanging on the sign at the restaurant is technically evidence. So put it back Allison.

We’ll see you next week for “Changes” and let us know what you thought of the episode in the comments! 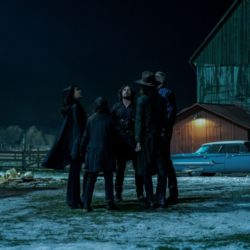 Seven Thoughts on The Umbrella Academy‘s “The End of Something”

The more things change, the more they stay the same.  The kids are still their same weird selves, but the world around them? Even more weirder than before.  Welcome back to the world of the super dysfunctional superheroes of Gerard Way and Gabriel Ba’s The Umbrella Academy. The Hargreeves seem to have stopped Vanya ending the […] 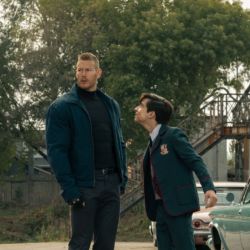 Five Thoughts on The Umbrella Academy‘s “743”

The more things change, the more they stay the same.  The kids are still their same weird selves, but the world around them? Even more weirder than before.  Welcome back to the world of the super dysfunctional superheroes of Gerard Way and Gabriel Ba’s The Umbrella Academy. And that world of Dallas 1963 is right on […] 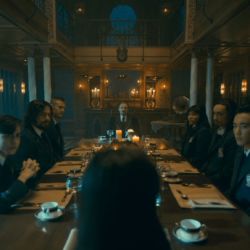