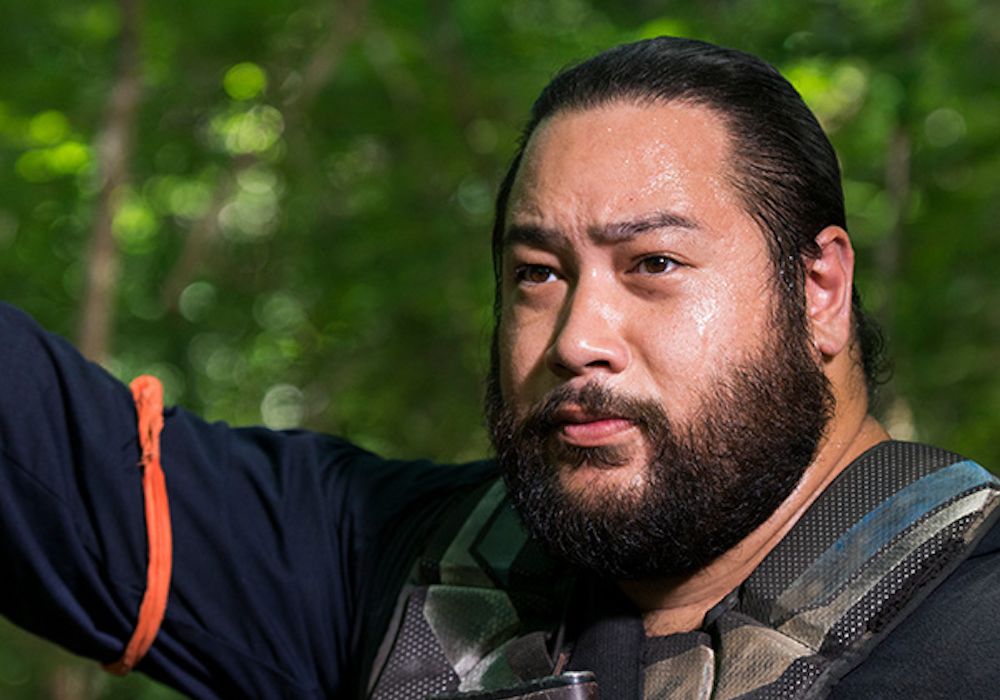 After a relatively strong opening, season eight of “The Walking Dead” continues on with an incredibly bizarre second episode in “The Damned.”

1. Cheat Codes Enabled: Unlimited Ammo
As a continuation from last episode, the sheer plethora of supplies for warfare seems extremely bizarre for an ostensibly post-apocalyptic show that is allegedly supposed to be several years after the end of the world to undead.

Not only are guns used very liberally throughout the episode, but the guns used are primarily assault rifles, meaning many bullets fired by every person involved. While it is somewhat logical that the Saviors would have a high ammunition stockpile, the sheer number of bullets fired by the alliance of communities betrays the idea of them being starved. Even if the Saviors did continue not to take people’s guns (which they did not, hence this mission), there isn’t any apparent danger of the high amount of gunfire leading Walkers to the location? That was a major issue in other seasons, after all.

Furthermore, the reconnaissance teams used sound suppressors, better known as silencers. Unlike the ones used by Rick’s group a few seasons ago, these seem to be factory-made, and not jury-rigged. Where are they getting these supplies? We’ll probably never find out.

These issues fall to the heart of the war itself. It wasn’t just about the Saviors being bullies and murderers, but because they were talking half of communities’ supplies. The show even acknowledges this, with Tara noting how they had lost medical supplies, including Maggie’s prenatal pills (not that Maggie is even remotely showing any signs of a belly even 4-6 months into her term, but that’s another problem).

If we don’t have an issue with supplies, and it’s just about getting the group away… who cares? What is the point of the war? All they have to do is keep giving supplies, after all, and they clearly have far more than enough if they are actually getting better gear when they’re being stolen from.

2. Contractual Immortality Self-Awareness
After last episode showed the flash forward, this one’s focus on people believing they can’t possibly lose seemed like they were people who actually either watched the episode or are prophets.

Morgan seems to believe that “I don’t die,” which while empirically true, doesn’t actually mean that he can’t die. This extends to him walking up to a gate covered in Walkers and engaging them in a staring contest for pretty much no reason at all. His belief in his own apparent immortality makes no sense, especially given his death wish earlier on in the show. In all, the writers seem to have completely forgotten what to do with Morgan, given he’s survived far longer than his comic counterpart (more on his characterization below).

Ezekiel also seems to have some kind of inability to accept the possibility of failure, which is pretty much the polar opposite of his “we can’t afford to lose people” thought process one season ago. Coupled with his increasingly bizarre speeches which amount to a weird, nonsensical koan or three, it’s hard to think of him as quite as funny as he once was, but more as a man who’s losing his mind.

These two examples don’t learn their lesson by the end of the episode. On the contrary, the only people who die either are nameless Saviors or nameless alliance members, a collection of redshirts and nothing more. In fact, the presence of redshirts is even more obvious than ever. Only people who have a clear role and probably leadership status of some sort even get armor on the heroes’ side, which makes scenes like Morgan being shot beside someone else lose all impact. At least attempt to make them seem more like people than walking fodder.

If a character barely has a name, or is just a name and has barely any actual characterization, what happens to them doesn’t matter. They’re nothing but – pardon the pun – “canon fodder.”

3. Morgan Jones the Killing Machine
Do you remember when Morgan was distraught about killing and death, with his near complete breakdown as late as season seven’s “Bury Me Here?” Yeah, neither do the writers, apparently. In this episode alone, Morgan seems to kill more people than anyone else in either army put together, from roaming the hallways of the compound to nearly executing Jared, Benjamin’s killer, on seeing him again. Far from his “we never ever kill” attitude, he seems to favor murder now, even if people are unarmed. This change goes so far as to have him deliberately leave his aikido stick/spear behind in favor of a handgun.

In a sense, this change seems just as bizarre as Carol’s sudden “I want to be a pacifist” in seasons six and seven after multiple seasons of having no problems with killing whatsoever. Did the writers just forget what they’re doing, or did they run out of ideas for him?

4. To Kill or Not to Kill?
One of the better parts of the episode is the growing rivalry between Tara Chamblers and Paul “Jesus” Rovia. Tara seems to be working on a “we need to do this, to kill everyone for revenge” attitude, while Jesus wants to, appropriately, save as many as possible. While Jesus is not willing to kill those who do not need to die, such as those who are defenseless, he isn’t above taking them out personally, especially in hand-to-hand combat. In his opinion, if they execute those who are defenseless, they are no better than their enemies, an idea also implied by how Rick seems to have killed baby Gracie’s father without even knowing about her existence. On the other hand, Tara is of the opinion that they need to kill anyone in their way to get what they need, though her reasons are, by her own admission, tainted with thoughts of vengeance for her friends and girlfriend. Both sides have something of a point, and each has their detriments and benefits.

5. Return of Morales
After a lot of disappointment, the closing moments of the episode were very interesting indeed. Morales, the man who held up Rick, hasn’t been seen since “Wildfire,” the fourth episode of the first season. To say it’s a surprise to have him around again is obvious, but what happened to his family? Is he alone? It’s unclear, but is enough to leave at least some waiting for next episode. 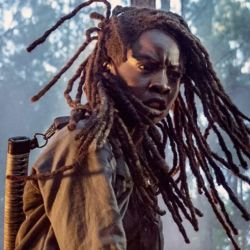 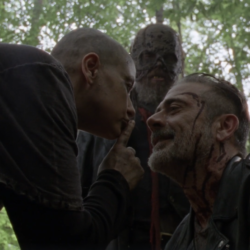 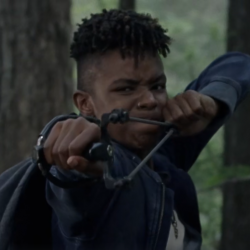