On Sunday night, I took in Man of Steel. I went in with low expectations and, except for a few really troubling scenes, enjoyed it. However, one thing struck me during the film that really bugs me, and I’ve noticed it is endemic of just about every superhero film made in the last two decades. 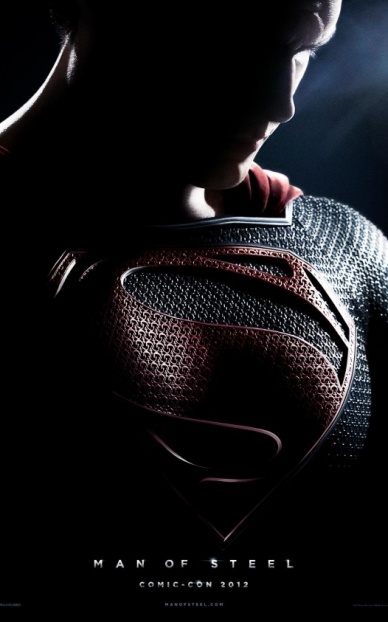 I fear that the recent trend of all superhero movies arcing towards realism is ultimately a very, very bad thing for these films. This has been a trend more or less since the mid-80s, when superhero comics went through the most dramatic darkening of their tone with the one-two punch of “Watchmen” and “The Dark Knight Returns.” It started, theatrically, with 1989’s Batman and has grown more extreme over the 24 years that has followed. Batman was still pretty ridiculous – the setting looked more realistic, but the actions were still campy and weird (three words: Love That Joker).

But the past decade has been the most vigilant in terms of removing anything that couldn’t feel absolutely authentic from the superhero genre. Now, this isn’t to say that all of a sudden there are scientific explanations for Green Lantern rings or that Asgard has been located on a map and the powers of the gods verified. No, instead, these characters, who are fantastical in nature, have been dropped into as “real” of a world as possible.

For some characters, this works well. Batman, as a regular dude with a superhuman motivation, works well when placed in the “real” world. Others wind up losing so much of what made them special in the first place when they are homogenized into a more normal setting. Part of what gave the 1978 Superman charm was that Metropolis was a weird mishmash of the ’40s and the ’70s – men wore hats to work, but people still shouted “Hey Jim, that’s a bad outfit!” at men dressed in tights. Green Lantern tried to make a more movie-friendly Parallax by making it a cloud instead a giant yellow bug. The result was hilariously bad and managed to have neither the realism hoped for nor the lack of goofiness they thought a giant bug would bring.

The stylized Queens and Manhattan of Sam Raimi’s Spider-Man popped off the screen in a way the gritty NYC of The Amazing Spider-Man just didn’t. The arc towards realism means a few different things, but the subtext is clear and confounding: our world needs these heroes, because we have no hope left. The more realistic the films get, the less hopeful they get as well. Call me a Pollyanna, but I don’t think we live in a hopeless world. Realism on film oftentimes equals depressing and bleak, especially in less than gifted hands.

Even already bleak properties get darker – The Punisher begat Punisher War Journal, Ang Lee’s living comic Hulk was jettisoned for the safer (and darker) The Incredible Hulk. Eventually, the only chance filmmakers were making with their movies were just how dark to push it. For the love of Rao, even Superman Returns – a circle jerk of optimism and nostalgia – had to temper the colors of the Superman suit and make Lex Luthor get all stabby stabby with a Kryptonite shard.

And yet, The Avengers and its direct predecessors somewhat refused this trope – that world never felt so unbearably bleak. Thor was a little darker in parts than perhaps it should have been, and I don’t think an Iron Man film needs to necessarily have palladium poisoning and drunken dog fights to be effective, but overall, the Marvel Studios films have been a breath of fresh air in this department. Hell, in The Avengers, Tony Stark argues for the goodness of the world by talking about shawarma! You couldn’t see anyone in an X-film have any such joyous exclamations, or anyone in a Bat film either, for that matter.

Man of Steel features the most egregious version of this in its climax. If you have not seen Man of Steel yet, please skip this part. You’ll know it’s safe when you see a picture of the Fonz giving you the “Spoilers are done, it’s safe” thumb’s up. Scroll now.

At the end of Man of Steel, Superman is faced with a no-win situation – either kill Zod or let his heat vision kill a family directly in his line of fire. It is a horrible, horrible situation to be placed in: is an indirect killing of innocents any less damning than a direct killing of an evil man? We can see the options running through his mind, and we see him come to the conclusion that is totally logical and what most everyone would do in that situation: he snaps Zod’s neck, killing him instantly.

Superman shouldn’t do what is realistic – he should do what is right. He wasn’t created to be like us; he was created to not be like us. Making Superman more like us is not only poor storytelling, it goes against the mission statement of the entire film, which Jor-El lays out for him: lead them, and mold them in your image. Nothing is a more powerful anecdote of who Superman is than the image of him sparing Zod.

I’ve seen plenty of well reasoned discussions of how this is a young Superman, and not yet the fully formed man (of steel) that he’ll grow up to be, and so we must forgive him this temporary lapse of character. But that argument only works if you buy into the idea that Superman is like us. I understand that people love seeing themselves on screen, and so there needs to be normal folks and everymen in movies so that people can see themselves in their media. But that is who Lois Lane is supposed to be. Lois is our surrogate onscreen; it is through her eyes that we see Superman for who is – we are not supposed to be identifying with Superman. He is beyond identification. He is a veritable god. 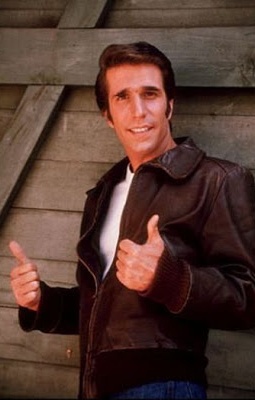 Fonzie says its cool to come back.

Because of the quasi-realistic take on Superman, the character becomes whitewashed, and appears less than, well, super. I know DC is trying to build a film universe, and so can’t have the films feel all that dissimilar to what has come before, even if those films (The Nolan Batman Trilogy, Green Lantern) don’t wind up being part of the new shared universe. Man of Steel doesn’t get it all wrong; there are some nice moments of people believing in Superman, and acting heroic and inspired by him, and that is great.

Part of what makes comics a great medium is the ability to lose ourselves in them, and be transported to a world that is different than our own. I don’t think anyone was complaining that The Hobbit felt unrealistic – instead it was transformative. We are doing ourselves a disservice by allowing our comics, many full of hope and optimism, to come onscreen feeling like an emo band covering the Jackson 5. We can still see the joy within, but it is obscured by this false pretense that realistic is better.

And the worst part of all of this? I don’t see a shift the other way happening. Even with Marvel Studios having a more lighthearted approach, those films are going to exist in their own little world for a little while, until one of them (probably Guardians of the Galaxy, sadly) tanks, and a “more down to Earth” approach will be needed. I fear that the Marvel films are the last gasp of fun superheroics at the cinema.

Again, I liked Man of Steel, and I’m super excited for Justice League, Man of Steel 2: Steelier, whatever they want to do, I’m in, opening weekend, with my Sno-Caps and Coke, getting chills and wanting desperately to feel the way I did when I first saw Superman as a little kid on TV with my dad, or seeing Spider-Man as a high schooler with my non-comics reading friends who loved it. Those movies reminded me of why I loved comics, and gave me a brighter outlook walking out of the theatre than I had going in. While I marveled at the Nolan Batman trilogy, I left those films thinking “those were some really great movies,” which is an awesome thing to say. But, personally, when leaving a film starring a comics character, I’d rather leave exclaiming “that was a ton of fun.” Because if superheroes aren’t fun, then what the fuck are we doing here?