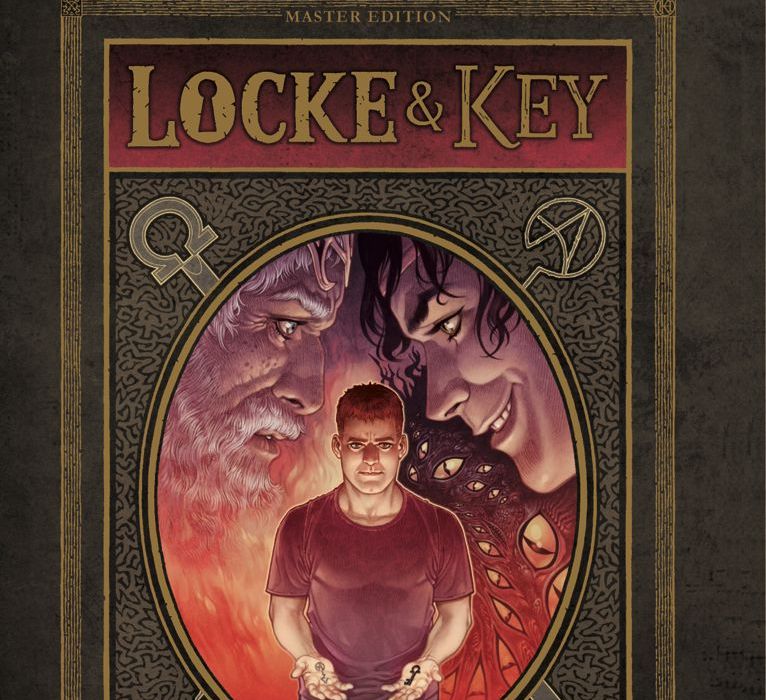 Best Reprinted Edition
This isn’t celebrating just binding a few issues together; all of the choices for this category were lovingly crafted, enhancing pre-existing work with meticulous packaging, extra features added, and a sartorial eye, making sure it looks perfect on your shelf. 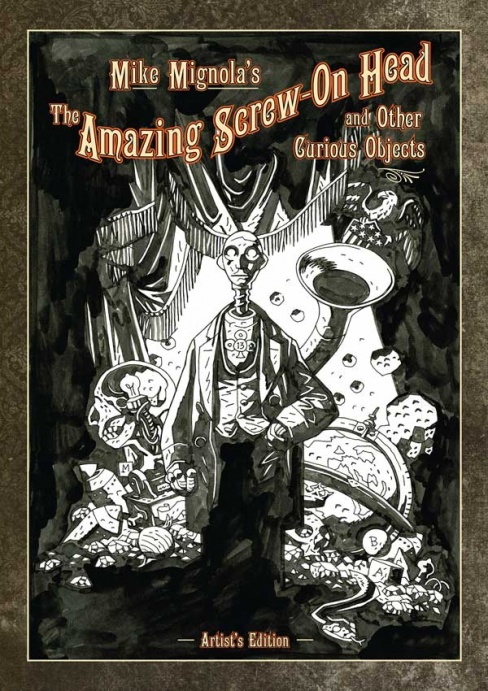 (Mike Romeo) This was a really good year for IDW’s Artists’ Edition line. A lot of great, big books came from them from a lot of great, big artists, but in my opinion none were better than Mike Mignola’s “The Amazing Screw-On Head and Other Curious Objects.” Coming in at a massive 12” x 17” trim size, this tome collects impeccable reproductions of the original art from the Dark Horse collection of the same name, along with a few other goodies. Over its 160 pages, readers are treated to a master class in cartooning, as nearly all of Mignola’s process is laid bare for all to see.

While every one of these Artists’ Editions are vital, I find “Screw-on Head” to be exceptionally so. Readers are able to to see the way Mignola pares down his pencils in the inking process, eliminating redundant or extraneous marks where he can. Also on display is the pre-production inelegance of those huge, blacked out areas Mignola is so well known for. It’s striking how something that looks so clean and featureless in the final comic can take on a secret life in the original art. You can see how he filled in those areas and how the ink is different than what he uses for his line work, which gives these areas a weird topography that add something entirely new to the page. Also, unlike Mignola’s previous “Hellboy in Hell” Artists’ Edition, the entirety of this book features lettering done right on the page, giving readers yet another aspect of the art to study and ponder. 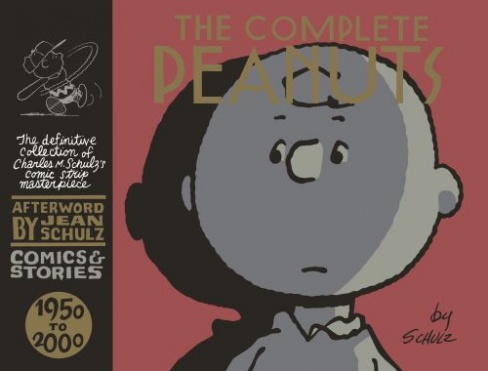 (Matt Garcia) “The Complete Peanuts Volume 26: Comics & Stories” is a lot of things. Perhaps, most notably, it’s the culmination of a major achievement, a complete chronological collection of one of the best comics ever created. It represents twelve years of work on behalf of Fantagraphics as well as a significant and important artifact of Americana. This volume in particular also offers a survey of the entire series itself.

Schulz worked on the “Peanuts” strip for 50 years, and as its popularity grew, he and his syndicate licensed out these characters all over the place. (Hey. A guy’s gotta eat.) While the newspaper strips concluded in the previous volume, this one collects everything else, all the extra. This collects the single panel gag strips, the one offs, and the advertising illustrations. Charlie Brown, Snoopy, and the gang are so recognizable because they’ve appeared everywhere, and “The Complete Peanuts” Vol. 26 offers a taste of the enormity of their influence. In addition to that, this collection showcases Schulz’s progress as a cartoonist, illustrator, and visual storyteller. It serves as a wonderful way to see this project off.

Now all the “Peanuts” comics are out there, very lovingly put together, and easily accessible, it’s time to get them all, take a seat, and start diving in. 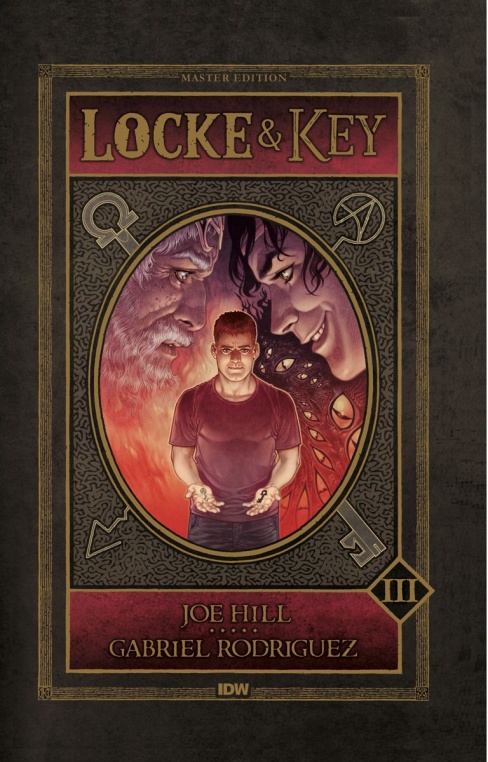 (Drew Bradley) Wikipedia will tell you “Locke & Key” is a horror comic, which is accurate, but it’s not how I think of it. “Locke & Key” is a gateway comic, one so well made that it transcends classification and becomes something that all readers can enjoy, not just horror fans. I’ve recommended the series before, and so have others on this site, so I won’t bend your ear to repeat how fantastic this Eisner winner is. If this book isn’t already on your shelf, you know it should be on your to-read list.

There are two reasons the master edition made this list: size and heft. Unlike the regular trades and hardcovers previously released, the master edition is over-sized. The larger size gives Gabriel Rodriguez’s pencils room to breathe and really lets you take in the magic he put down. It’s especially noticeable on repeat readings, when you can take in all the pre-planning and foreshadowing the creators snuck into the early volumes. Between the larger dimensions, the heavier-than-normal paper stock IDW uses, and the thirteen issues collected here, this hardcover is particularly heavy. According to Amazon, it weighs just under three pounds (1.32 kg), which means the book finally has the literal weight to match its figuratively heavy content. The price for this tome may seem steep ($49.99), but it’s a steal when you consider the cost of getting the story in other formats. The standard sized paperbacks are $10.01 less expense, and the standard hardcovers are a whopping $0.01 cheaper. At those rates, why would you want anything other than the master edition?

Mike: There were so many good nominations for this one, and I was glad to see that the staff really embraced the spirit of the category. There were very few standard trade paperbacks and a whole mess of oversized and collectors’ editions. You know, the type of thing you see on the shelf and it lets you know that it’s something important.

Brian: I must admit that this is a category that involves me admiring from afar many times, as the price point can be a bit daunting, especially if I want my kids to eat. That said, if anyone tells you that this isn’t the best possible time for books of this ilk, they’re either high or plain wrong. Fans of just about every genre of comic, if they want to spend the money, can pick up some truly beautiful and special editions, and really should.

Matt: The biggest reason I avoid a lot of these is because I’m just running out of space. Between my books and my boyfriend’s books, we’re going to start needing those sliding bookshelves you see in university library basements. However, these are books you pick up to admire, to read through, and immerse yourself in. You cherish these.