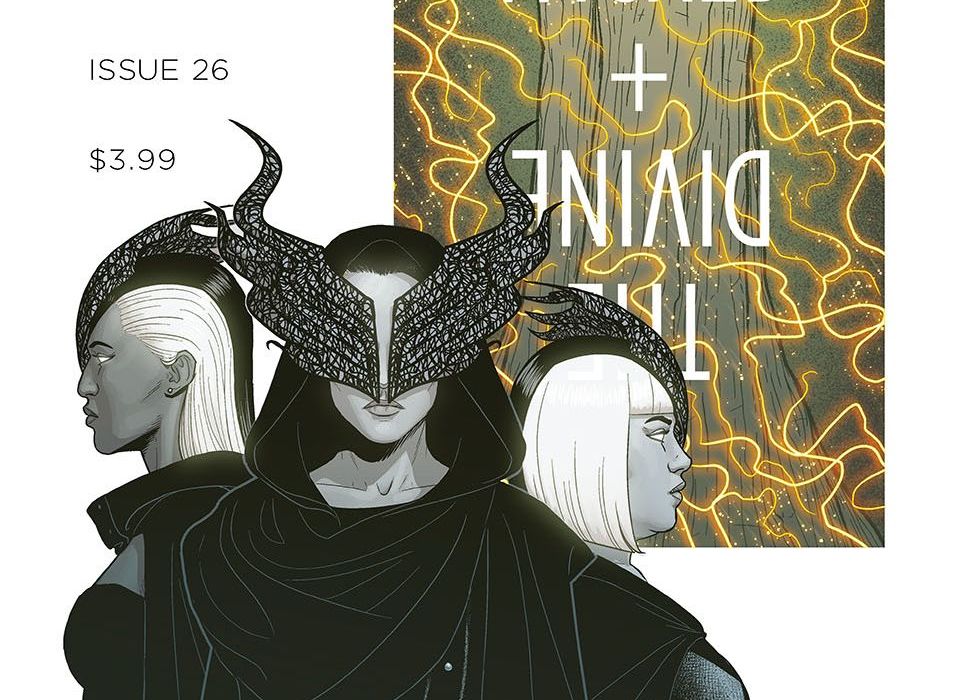 Colorist
We renamed this category last year, as Dave Stewart continues to be the industry standard for great coloring. This also allowed us to pull him out of the running and, therefore, spotlight some of his contemporaries who don’t get nearly the recognition that he does.

Tamra Bonvillain has been in comics for a few years now, graduating for the Kubert School in 2009, but chances are that 2017 has maybe been one of her biggest years. If you read comics in 2017, it would have been hard to avoid her work. Bringing her palette to books like “Doom Patrol” (which is going to be mentioned more than once in this Year In Review), “Moon Girl & Devil Dinosaur,” the too short-lived “Nighthawk,” “Angel Catbird” and many more besides, Bonvillain’s work is distinctive even if it’s hard to pinpoint why at first.

Bonvillain’s brought a very naturalistic palette to many of her comics, pushing it in places towards brighter seafoam greens and purple hues to emphasise contrasting warm and cool light. The ability to juggle the bright palettes of something like “Moon Girl & Devil Dinosaur” or “Angel Catbird” with the darkness of “Nighthawk” or the off-the-wall weirdness of “Doom Patrol” is a feat in and of itself, but to keep a style visually distinct between those extremes is something else entirely.

For the longest time, it felt like there was but a handful of names in the colouring world (it got so bad we had to name this award after Dave Stewart so he’d stop winning it), but with colourists like Tamra Bonvillain (and Nathan Fairbairn and Rico Renzi and Kelly Fitzpatrick and Marissa Louise and Megan Wilson and even more who didn’t make the final cut), it feels like there’s a wider world of colour out there. – Alice W. Castle

I mean, at this point this is almost unfair, isn’t it? Our winner of the 2016 and 2015 award for Best Colorist sees herself back on our Year In Review list. And there is a reason for that: she is just that goddamn good at her job. In my mind, Jordie Bellaire is the AJ Styles of modern comic coloring: whether it’s something rarely talked about or a book with the highest of high profiles, if Bellaire is coloring it, then at it’s very worst it’s going to look real good.

Three of works that I feel are really worthy of discussing to help cover a variety of styles: her creator-owned book with Vanesa del Ray, “Redlands,” her work on Faith Erin Hicks’s graphic novel “The Stone Heart,” and her most recent work at Marvel with Javier Fernandez on “Royals.”

The first of these works, “Redlands,” is all about dreary ambiance, working with Ray’s sketchy pencils to bring out the almost ancient horror from the Florida Everglades setting. Reds and oranges have been the key colors in this series, the first image we have is of a giant, old tree ablaze in front of Redlands County Police Department or the beginning of issue #4 with the red blanket draped around Bridget starkly contrasting the dim medical room. And these are all before any of the supernatural stuff happens.

“The Stone Heart,” in the opposite corner, invokes that all-ages fun, but knows when to be serious that makes the Nameless City Trilogy such a spiritual successor to works such as Avatar: The Last Airbender. Rat and Kaidou’s adventures still invoke an upbeatness and the bright, bold coloring helps sell that feeling. But it isn’t all happiness, especially when murder happens (spoiler alert). Hicks’s pencils convey the changing of the tone and Bellaire’s own shifting of the palette to a more muted tone works great alongside it.

Finally, in “Royals,” she gets to go completely cosmic crazy. With Al Ewing’s script calling for more out-there Star God-esque material, her pinks, purples, and blues paint an ethereal and overwhelming picture, but even the more intimate moments have great impact with a clever use of shadow and negative space. This has been the most “Inhuman”-ey the Inhumans have been in a while and Bellaire’s coloring has been a massive contributing factor.

In conclusion, no matter what genre of book, no matter what age demographic, no matter what publisher it’s coming from, if Jordie Bellaire is coloring it, it’s bound to be awesome. And that is why her streak continues on our Best Colorists of the Year. – Ken Godberson III 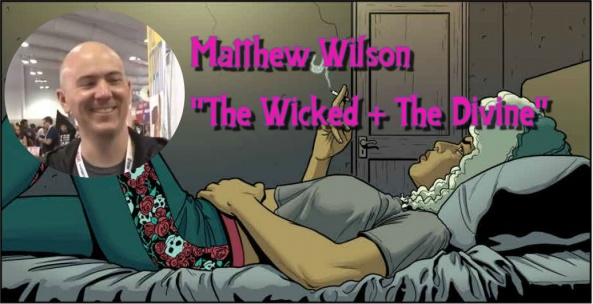 Matthew Wilson has been in our list of the top 3 colorists for the past year running. It’s easy to see why: his work is sweet on the eye, glittering off the page. Most fans will describe his work as colorful, which is refreshing in a market full of gritty, monochromatic books, but what makes his work truly special is his understanding of light.

His pages glow and glisten, his colors shading flesh as they would in reality. In an era when artists like Jamie McKelvie or Kris Anka avoid crosshatching, coloring has become more and more essential to provide the illusion of depth, and Wilson has always demonstrated a profound understanding of how light and shadow should play across characters’ faces and bodies.

But Wilson is versatile too: “The Mighty Thor” and “The Wicked + The Divine” melt your eyes, because they’re meant to be blinding. His work on “Star-Lord” and “Black Widow” still have Wilson’s full armament of colors, but in subdued tones and gradients, in keeping with those darker storylines and the grittier pencils on those books.

Let’s talk about gold: it’s a tricky color, given it how light means it varies from white to dark brown. Yet Wilson is so talented at conveying gold’s translucency, its reflectiveness, and its liquid texture, that Marvel and artist Russell Dauterman decided, incredibly, to have Thor’s new hammer, buckles and arm be gold. We’ve come a long way since Christie Scheele had to settle for sickly yellow with Walt Simonson and Sal Buscema’s redesign in 1987. Wilson’s coloring is truly worthy of the gods, and that’s why he’s our colorist of the year. – Christopher Chiu-Tabet

Matt: There’s no denying how much life and energy these people bring to whatever book they’re working on. What I especially like about them is how vibrant and saturated they keep their palettes. I hope we’re moving away from the dreary and drab aesthetic. If nothing else, the saturated ones are the pieces we most recall.

Alice: This is a veritable who’s who of the most prolific and shockingly talented colourists in comics today. It would be nigh impossible to avoid the work of these three if you read comics in 2017 and, like Matt said, it’s amazing to look at how vibrant (yet naturalistic in the case of Tamra and Jordie) their palettes are. There’s a real fantastical cross-section of work here and it’s easily one of my favourite aspects of comics.

Brian: I love how coloring has been in the spotlight in the past five years or so, after literal decades of critical and fan indifference. Sure, some folks cared, but it seemed to always be the last thing – along with lettering – that anyone discussed about a comic. This isn’t to say that colorists of the past were somehow less talented than the ones we have now, because there are dozens of examples of gorgeously and vibrantly colored books in the past. But it seems like there’s been a change, in a good way, towards valuing the contributions of the color artist. Let’s keep it going.