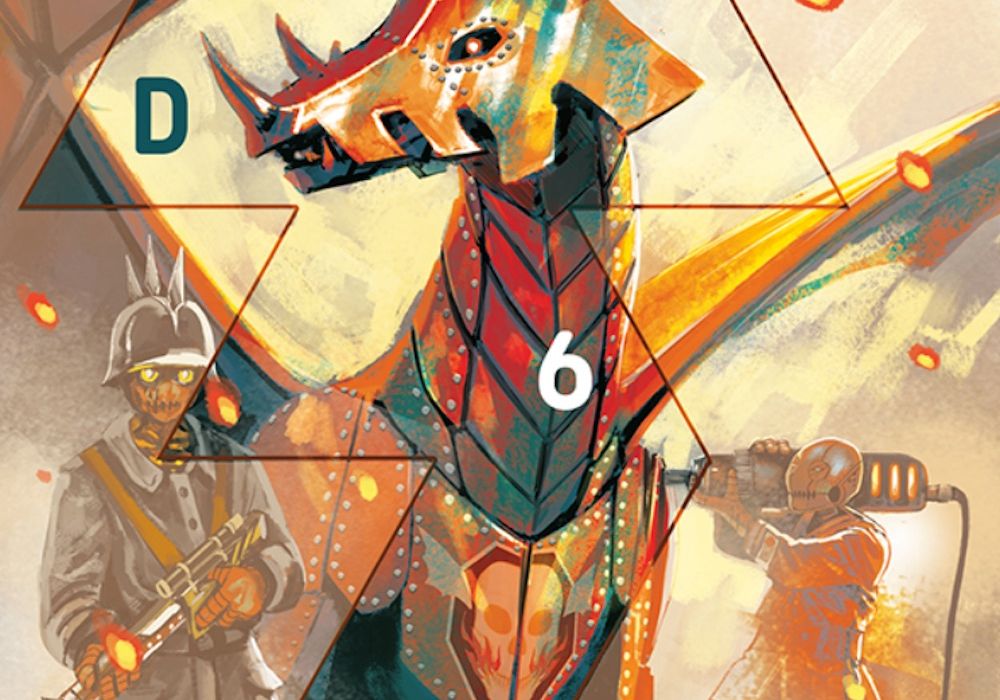 Publishing a comics line is an incredibly tough job, which is perhaps the largest understatement you’ll read today. Our staff voted for lots of different publishers in our internal polling – 27 in total. But these five stood out for a variety of reasons. You’ll get your own chance to weigh in on this in today’s Reader Poll, but for now, read our staff’s selections.

Founded in 2016, Vault Comics continues to rock the indie world by taking chances on what are turning out to be some of the most interesting and diverse books market. They dazzled last year and this year with the White Noise crew’s “Friendo,” “These Savage Shores” and “Fearscape,” but proved that their clout couldn’t be stopped with ongoing bangers like “Wasted Space.”

Vault’s all about building their reader base with programs like Free Firsts and pleasing die-hard fans with their amazing tribute covers and exceptional packaging (Tim Daniel is a design genius, hands down.) They’re catering to a diverse set of fans with books like “Resonant,” “Sera and the Royal Stars,” “Heist,” “Queen of Bad Dreams,” “Relics of Youth” and “Money Shot.” They’re experimenting with horror, young adult, comedy, adventure and everything in between, and there’s something for everyone to enjoy. And, Adrian and Damien Wassel are out there repping their line and connecting with fans and critics alike and working nonstop to produce some of the best comics that came out this year. – Christa Harader 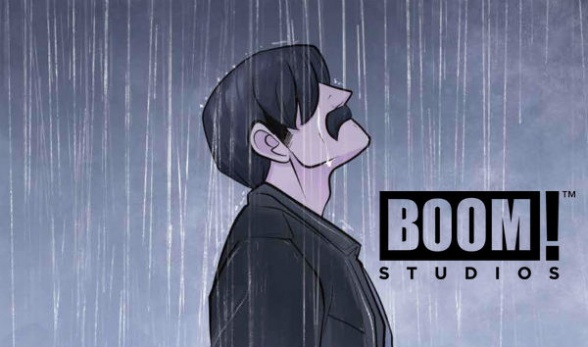 Through a mixture of business and content decisions, BOOM! Studios positioned themselves well heading into the next decade. On the business front they established their BOOM! Guarantee Program, a program designed to reduce the risk on comic shops of having dead BOOM! stock. They also entered into a partnership with ComicsHub to promote the release of “Once & Future” to great success. All involved point to these programs that set “Once & Future” to go back to press multiple. While the deal with ComicsHub is basic email marketing, within the direct market it is treated as revolutionary.

On the publishing side of things they rebooted the Buffyverse, and launched new titles like “Once & Future,” “Something is Killing the Children,” “The Avant-Guards,” “Ghosted in LA,” and others. That is a diverse set of titles that is emblematic of the identity BOOM! has established for themselves. “Once & Future” and “Something is Killing the Children” are two very different takes on horror and the kinds of horror possible in the medium.“Avant-Guards” is a mixture of the queer slice of life stories they’ve published in the past with a novel sports genre mix. “Ghosted in LA” finds itself somewhere in the middle of all this drawing on common associations with horror and twisting them to tell a story about identity and becoming the person you want to be.

These decisions across the board got me to pay attention to what BOOM! is putting out and doing beyond the usual in a way I had not since comics began to fascinate me. – Michael Mazzacane 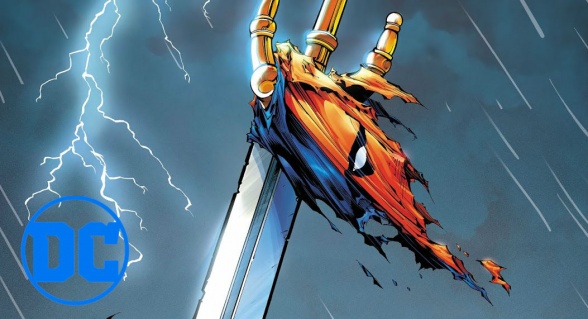 For publishers the size of DC Comics, you’re never going to have a perfect year. So much product comes out every week that you’re likely to get a pretty decent gradient from high to low quality. Or, at least that is what I would have told you a year or two ago. But the story of DC Comics in 2019 is the story of abnormally high quality, even if that consistency came at a price.

In 2019, DC was probably publishing fewer truly excellent comics than they had in 2017 or 2018, but they also managed to eliminate many of their really poor titles. Having to read a ton of DC for my weekly podcast, it has bene noticeable just how many books right now feel sturdy, both in terms of creative direction and in terms of the work being done in the pages.

I know what some of you are thinking: this sounds run of the mill, not ‘best publisher in comics’ good. If not for the highest tier of quality – “Deathstroke,” “Superman Smashes the Klan,” “The Green Lantern, “Doom Patrol: Weight of the Worlds” – then maybe I’d agree with you. But publishing some truly exceptional comics alongside a lot of well constructed books is very hard. DC may have had fewer peaks in 2019, but by eliminating many of their valleys, they presented a consistent, and mostly pleasing, line of books. – Brian Salvatore 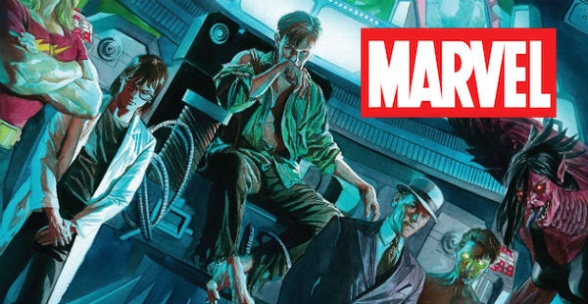 If this year summarizes Marvel in one word, it’s diversity. From the Ryan North’s run on the “Unbeatable Squirrel Girl” to Donny Cates’ runs on “Cosmic Ghost Rider” and “Guardians of The Galaxy”, Marvel’s output has been fantastic. This year saw the end of “Unbeatable Squirrel Girl” after 50 issues and brought the series full circle. Additionally, 2019 saw Ms. Marvel change creative teams in the form of “Magnificent Ms. Marvel” by Saladin Ahmed and Minkyu Jung. Speaking of Ms. Marvel, Kelly Thompson,
Carmen Carnero, and Annapaola Martello started a new reboot of “Captain Marvel (2019)” which thankfully avoided old, tired tropes.

And who could forget Jason Aaron, Al Ewing, and Cafu’s fantastic run of “Valkyrie: Jane Foster”? The aforementioned series brought back the fan-favorite Asgardian heroine into the limelight. Especially given that Jane Foster is getting the silver screen treatment next year. On the topic of Asgard, 2019 reunited Jason Aaron and Esad Ribic on the “King Thor” mini-series, the sequel to “Thor: God of Thunder”.

In the realm of Spider-Man, Chip Zdarsky and Mark Bagley celebrated Spidey’s 80th anniversary with the poignant “Spider-Man: Life Story. It explored 57 years of Peter Parker’s life through the lens of major historical events such as the Vietnam War.

The X-Men got some love too in the form of Ed Piskor’s “X-Men Grand Design: Xtinction”, the final installment of the history of the mutants. But Marvel’s biggest ace-in-the-hole was Jonathan Hickman’s critically acclaimed reboot of the “X-Men” with “X-Men: Powers of X” and “X-Men: House of X”. Indeed, Hickman reintroduced the X-Men to a new generation of readers by remixing the mythos in much fanfare.

Overall, Marvel had a phenomenal 2019. While several series ended, new ones sprouted in their place. Although accessibility still remains a glaring issue, Marvel is slowly getting there given their deals with Scholastic and IDW Publishing. I look forward to seeing what else Marvel has cooking under the current editor-in-chief, C.B. Cebulski as we head into a new decade. – Jhoan Suriel

After a long [checks notes] two whole years of being ousted as the sole champion of Multiversity’s Best Publisher honor, Image Comics has taken back its place atop the leaderboard. What’s most remarkable to me is that Image continues to avoid relying on a few high profile books to earn its reputation. This year “The Wicked + The Divine,” “Paper Girls,” and “The Walking Dead,” some of Image’s heaviest hitters, wrapped up their acclaimed runs with bold finales–in one case so bold that Image neglected to inform anyone that it was coming.

Yet you could ignore those books when judging Image’s 2019 output and still have a deep deck of outstanding original content from which to draw. “The White Trees” delivered a queer high fantasy narrative that was equal parts contemplative thinkpiece and action thrill ride. “Little Bird” built a twisted vision of the future with an emotional beating heart. “Ascender” brought a worthy sequel to one of Image’s best books.

Image’s returning books only grew more accomplished this year, as well. The weird and wonderful “Die” refused to be pinned down, morphing and reshaping itself, defying explanation with each new issue. “Bitter Root” exuded blackness with its mystical Jazz Age monster tale. The religious nightmares of “Gideon Falls” continued to push the boundaries of what a comic can do. Marjorie Liu and Sana Takeda added to their ever-expanding list of accolades with their third consecutive Hugo Award for Best Graphic Story for “Monstress.”

You could likely go through each and every book Image Comics published this year and not come back with any that felt like they were playing in the same sandbox. It’s no small feat that with two of their biggest books–“Saga” and “Sex Criminals”–sitting out for the year, Image still managed to top our list. That points to stability and longevity for this flexible powerhouse of a publisher who isn’t looking to drop from our #1 slot any time soon. – Reid Carter