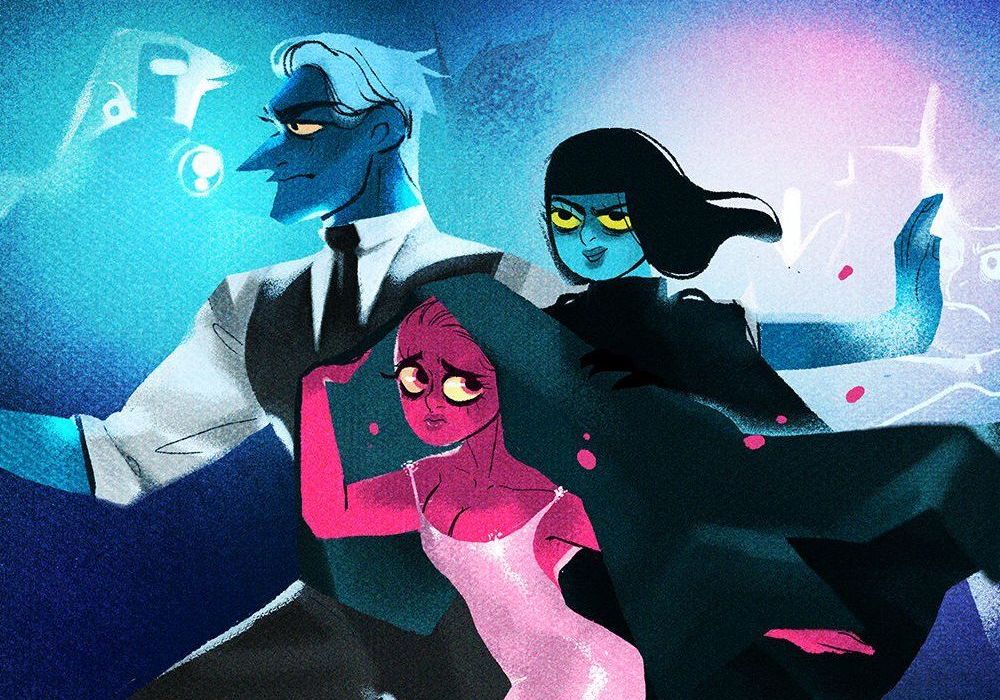 We are now over a year into our weekly webcomics coverage, and we are really pleased with how our staff has responded to covering the wide breadth of webcomics out there. This year’s selections for Best Webcomic are all quite different, and help highlight just how diverse the space is right now.

After last year’s controversy over a woman (gasp!) updating (gasp!) an eighty-year-old character, this was a calmer year for cartoonist Olivia Jaimes…except it wasn’t. In the sophomore year of her run in “Nancy,” she won a Ringo Award for Best Comics strip, did a variant cover for the final issue of “The Wicked + The Divine,” and got the first collection of strips published.

This year, we had long story arcs like the robotics competition, Nancy’s attempts to get famous without doing any work (including Instagraming art), and a very long story about basketball that ended with her making peace with her new friend Esther.

We had all the great bits like breaking the fourth wall with justifiable reason, like getting a jar of cookies or us showing a mirror IRL to Nancy. We also got weird strips like the April Fool’s one about Ernie Bushmiller’s vision of a rock-filled world, or telling us how much time to look at a panel, or the Labor Day strip with Jaimes’s “real” art.

It was a great year, and I just hope she keeps doing weird, hilarious strips and enters a little bit more in the comic world. –Ramon Piña 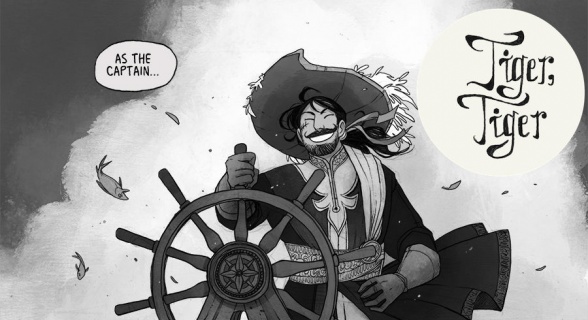 Friends, if there is one webcomic you catch up on this year, make it “Tiger, Tiger”. Created by Petra Nordlund (who we interviewed back in september, wink wink, nudge nudge) of “Prague Race,” “Tiger, Tiger” is a swashbuckling adventure featuring a marine life obsessed Victorian lady and scientist named Ludo, a small but fiercely enjoyable cast of supporting characters, and a sea voyage that may or may not be harboring a dark, eldritch secret. The balance between these two tones, high-sea shenanigans and deep, bone-chilling horror, is handled with grace and a deft hand, making for a comic that sucks you in and refuses to let you go, all the while you laugh away the slowly forming pit in your stomach.

Plus, the art is gorgeous.

The comic is beautifully penciled, with a sepia-toned digital paint style, giving it the feel of an old novel or a set of maps that have been left out in the sun just long enough to crackled at the edges and fade in the middle, the promise of treasure obfuscated for all but the few who meticulously study it. Backgrounds are lovingly crafted but none veer into the hyper-detailed, populated scenes of, say, “Kill Six Billion Demons” or a Tony S. Daniel spread, which doesn’t mean Petra can’t make those details, just that it doesn’t benefit the schedule to do so. (See this page of the ship and just, just marvel at the TRIMMING.)

Honestly, for this comic to have put out 120 or so pages this year, with the story and art as on point as it is, is a wonder and deserves recognition. Y’all, even if this doesn’t sound like your cup of tea, give it a gander. The expressions alone will get you.

There’s a reason “Tiger, Tiger” was Eisner nominated and it’s also why the comic is on our list. Give it a read and let the sea air take you away. – Elias Rosner 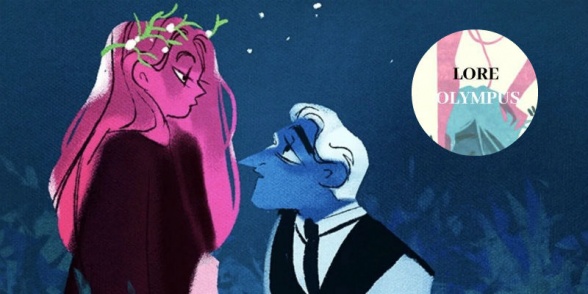 “Lore Olympus” is a modern version of the Persephone and Hades myth done with humor, heart and imagination. Instead of immediate kidnapping and ransom in the underworld via hole in a field, we’re treated to a more corporate version of Hades, a lovely Gen Z Persephone and a host of other gods and goddesses updated for the occasion.

This year, Smythe’s given us to more workplace intrigue for Persephone, a reckoning for Hera and Zeus and a bit of initial resolution to the dramatic tension between Hades and Persephone. Persephone’s grown in her estimation of herself and her awareness, and while Hades has some work to do, Smythe further explores trauma without depowering any of her characters, and the story rings true because the experiences aren’t linear, or predictable. There’s no easy out for Hades or Persephone, Minthe gets some depth and the initial forbidden romance twist deepens into something more tender, complex and compelling.

Smythe’s art is gorgeous and blends cartooning with an impressionistic line, vibrant color palette and competent lettering. “Lore Olympus” succeeds because of its visual richness – without Smythe’s lush, moody backgrounds and exquisite attention to stylize anatomy, the comic would be cute but not as memorable. “Lore Olympus” is an excellent serial package because every episode is full of details, textures and beauty for readers to enjoy again and again. – Christa Harader