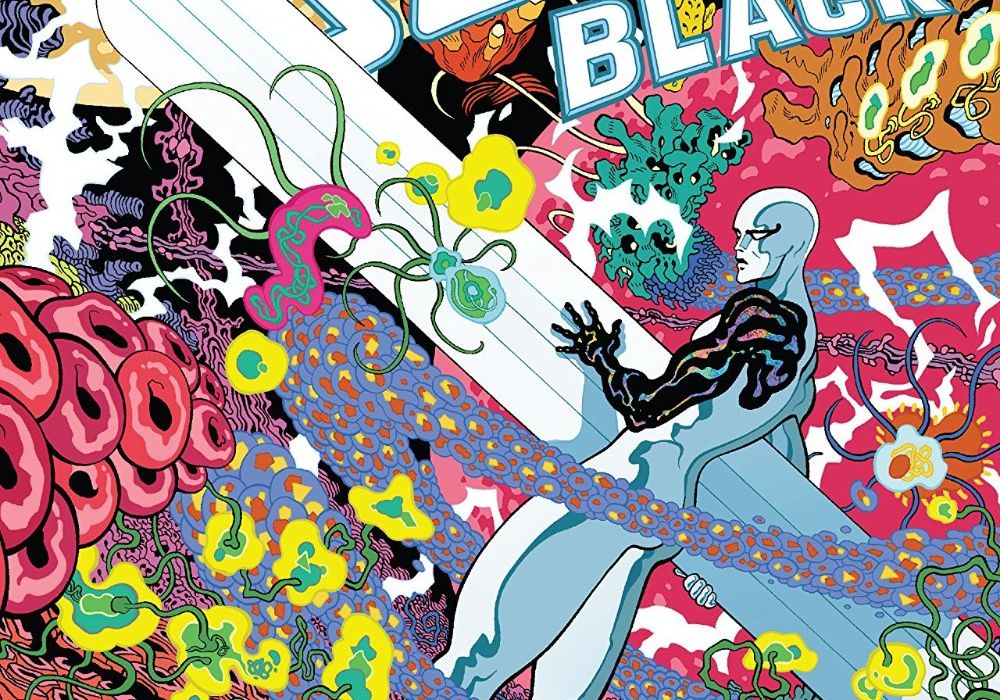 Every year, we gather some of our favorite creators to take our ‘Creators’ Year in Review’ survey. When thinking about this year, however, the usual questions didn’t seem to make as much sense. So, we’ve tweaked the questions a bit to better reflect what 2020 was truly like for all of us.

Profuse thank yous to the creators who took a few minutes to answer our questions. You’ll be seeing all five of their responses this week and next, as we continue our Holiday Season celebrations. Happy Holidays to all, and please stay safe!

Whose work did you become aware of for the first time in 2020? 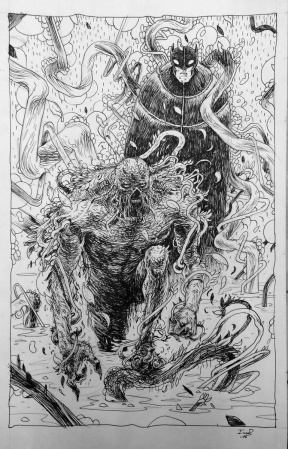 Not sure if it was this year, but I finally got to read “Little Bird” and enjoy Ian Bertram’s work a lot.  It led me to follow and discover DVP [Darcy van Poelgeest] as well! Jeremy Holt’s work was another that I dove into this year, from discovering “Virtually Yours” and working my way back to “Skinned” and “Houdini!”

Karen Schneeman (“Go With the Flow,” “The Mean Magenta”):

I discovered Robin Ha’s “Almost American Girl” and “When Stars are Scattered” by Omar Mohamed and Victoria Jamieson, which were both terrific.

I’ve been using the DC Universe app to read some back issues, and a month or so ago I found the “Green Arrow: Hunters Moon” run written by Mike Grell, with pencils by Ed Hannigan, inks from Dick Giordano, letters by John Costanza, and colors by Julia Lacquement. Out of the five of them I’d only really been aware of Dick Giordano prior to reading those comics. There’s some really great work in there that I wish I’d seen sooner.

Afua Richardson, who is amazing! “World of Wakanda” was a joy. Maia Kobabe is also wonderful, “Gender Queer” is fantastic. 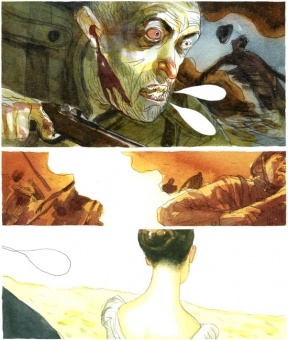 Pathetically late to the party, I’m only now coming to terms with the genius of Gipi.

I’d say I got to know Dan Watters work a bit better.

I was aware of James Tynion’s work for a long time but hadn’t checked it out until 2020. Two of his series are on my pull list now so I’m a fan, for sure. I’ll be doing a cover for “Something Is Killing The Children” in 2021, so that’ll be fun. I also read “BTTM FDRS” (Daniels & Passmore) and that was one of the best indie books I’ve read in awhile. I’ll be looking out for new stuff from them.

Tom Scioli (“Jack Kirby: The Epic Life of the King of Comics,” “Transformers vs G.I. Joe”):

James Sherman, who drew a lot of the aforementioned Legion books. Steve Skeates.

Lily Williams (“Go With the Flow,” “My Endometriosis Story”):

I found so many new creators in 2020 including Maia Kobabe and Robin Ha. Comics is so wonderful because there are many incredible creators . . . the list is endless! 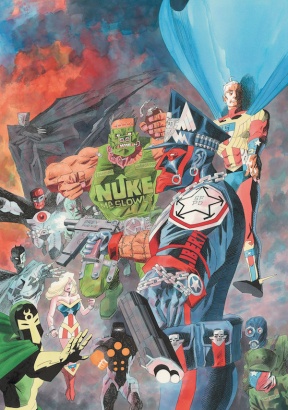 This is perhaps a strange cut but this was my first time reading “Marshal Law,” so despite beings decades late to the party I think I’d have to name Pat Mills, who was FAR ahead of his time. I already knew and loved O’Neill’s work, but I had never gotten to reading this brute classic.

Daniele Di Nicyolo’s work on “Seven Secrets” really jumped out at me as something contemporary and fresh without ever sacrificing the storytelling.

Matias Bergara’s work is something that really stuck out to me this year, his stuff is extraordinary.

I’ve been delighted by the work of Kiku Hughes (“Displacement”) and Ngozi Ukazu (“Check, Please”).

Jesus, there are so many but most of them are illustrators outside of comics . . . If people follow me on Twitter I have a list I curated so all I really see on Twitter is art, and I’m constantly following people and adding to that so folks are more than welcome to dive into that. Or my Instagram feed. Same deal there. I think 2020 has been hard because so many new projects have sort of gone into hibernation. I think 2021 and 2022 will see a wealth of stunning new books from talent that I probably should’ve put in here, but like I said, I’ve not had a chance to check out much new stuff this year. 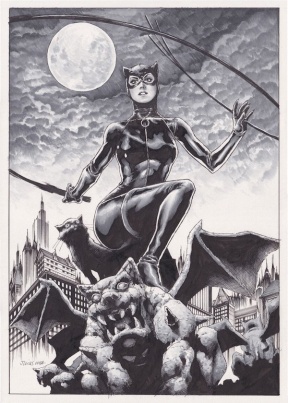 All that said, there are some people who I’ve just become aware of recently that’ve been doing great stuff this year. I love Julius Ohta’s work. He’s been around a bit, but the work he’s been putting out this year in particular has been great. Elliot Rahal’s books have been consistently great this year – –  like everything he’s been working towards has finally really taken form. I’ve always sort of known Aubrey Sitterson, but really only took a proper look at his stuff this year and love it. Doug Holgate’s been one of my best mates for years, but there’s been a deluge of work out from him over the past year with “Last Kids on Earth” being such a success.

I have come to be aware of Daniel Warren Johnson’s work in 2020. I first saw a Godzilla commission he did that has been circling around, I was amazed by the energy he shown in the drawing and the use of shading and screentone. It was just so beautifully done that I wonder why I haven’t seen his work until then.

I was introduced to Diego Giribaldi’s work while writing “Legacy of Mandrake,” and I’m so glad to be working with him!

Alex Paknadel, the writer of “Giga.” I found out about him when we got paired to do a comic short serial together in the “Razorblades” anthology, edited by Steve Foxe and James Tynion IV.

Mimi Pond! I have enjoyed her books about her experiences working in a diner – – “The Customer Is Always Wrong” and “Over Easy.” 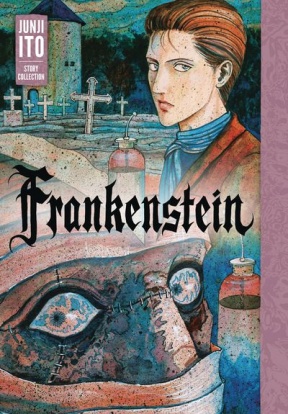 Junji Ito. You know, I’d read some of his work, but not nearly enough. This year, I dug deeper than ever before, and boy – – what an experience. I loved every horrific page.

I read a lot of comics so I didn’t discover a huge amount to be honest. I was lucky enough though to discover the writer Chris Condon, the artists Maan House, Christian DiBari and Lala Narita, and the writer/artists Lucy Sullivan and Amirak Delat.

David Pepose (“Spencer and Locke,” “Go to the Chapel”)

Jed Mackay – –  I had slept on his work on “Black Cat” when it first came out, but I caught up with it on the tail end and was incredibly impressed. Great banter, smart structuring, some downright excellent twists – – and having read his first issue of “Taskmaster,” I predict big things from Mackay in 2021 and beyond.

I’ve been pretty obsessed with Molly Mendoza’s work in the book “Skip.” Her incredible use of color is staggering, her cartooning is full of life and energy and her layouts are unique but still crispy clear. I’ll be following her work closely from now on. I also found Borja González this year with the book “A Gift for a Ghost.” Borja made me rethink the way I set scenes and use negative space. He achieves so much emotion from characters that have no faces, it’s an incredible feat.

Oh, let’s see. Man, this year was such a blur it’s hard to remember what was 2019, 2020 or just a general hellish limbo. Um, I’m always seeing new things on twitter that Chris O’Halloran is coloring. One of them was Nick Roche and his and Chris’ book “Scarenthood.” Great looking stuff. And “Write it in Blood.” Super solid crime story drawn by Joe Palmer and colored by O’Halloran. 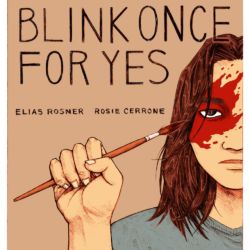