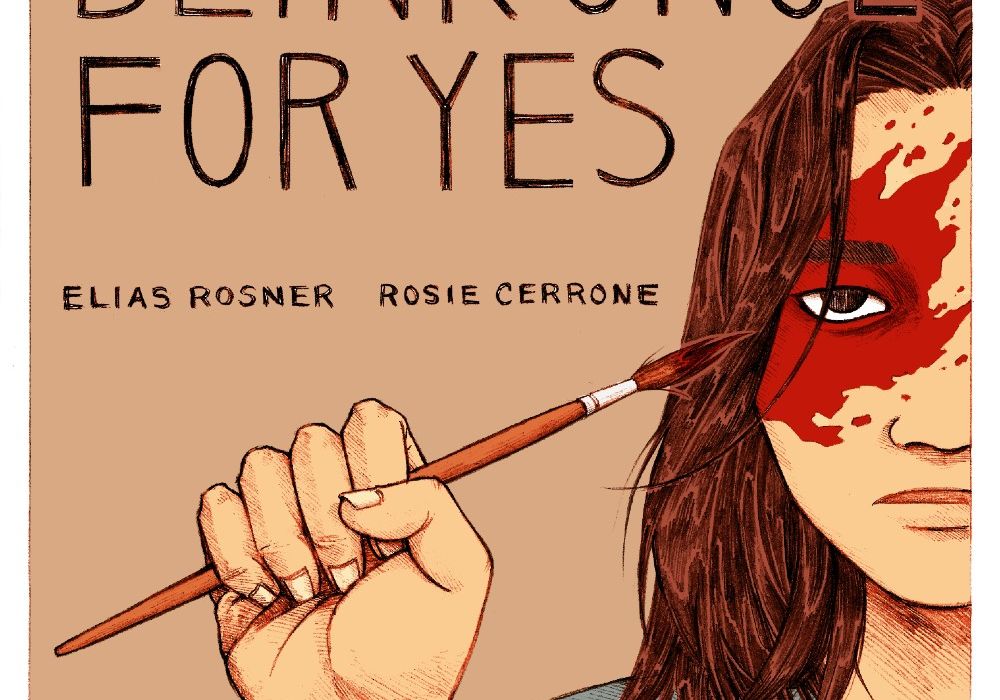 I love comics; I have found that out over the last few years. I mean, it’s always been true, thanks to my dad and finding superheroes on Kids WB or Fox Kids or Cartoon Network, but since the middle of the last decade, it’s been more true than ever. I love the community and the colors and the images and the BANG POW BAM and the ability for a single page of a man flying naked between clouds to bring me to tears and those absolutely, beautifully, incomparably, personally devastating pages from “Spinning” and the fist-pumping intensity and chaos of a Tradd Moore page and and and –

and I worry I will one day just…stop.

I’ll look at my shelf of comics, my digital collection, the services I subscribe to, the work and thought I put into them, and feel no more attachment. I’ll feel ambivalent to their power and my former love and set them aside for something new, convincing myself I never loved them, that I never found them as deeply entrenched in my soul as I did. I worry about this because I worry it has happened before.

“What if what I had had was momentum, not love?”

I don’t watch nearly as many movies as I used to, once going every other weekend to rarely going at all.

I don’t watch as many YouTube videos, once watching my entire queue to maybe watching one twentieth with fewer subscribed channels.

I don’t read as many prose books, going from at least one book a week (or two) to maybe one every other month, and for all of college and grad school, almost none for fun.

I tell myself this is because I got busier. That there are only so many hours in a day. College and grad school and work devoured time and mental capacity — 2 classes a quarter in grad school in particular ate the entirety of 2019 and 75% of 2020 — while projects at Multiversity like the mammoth 2019 end of decade celebration , complete with dozens of reviews for the New 52 and Marvel Now consumed what remained. I simply had to be more choosey with what little free time I had and optimize.

But was it choosiness or was that an excuse to excise old loves?

“What if what I had had was momentum, not love?”

I have a collector/completionist mindset and so when I start something, I go all in. Did you know I used to practice close-up magic? Had the sets and everything from those TV ads and magic books that gave tips on palming bills or making coins appear in lemons. I haven’t touched it in years.

Before that, I used to think deeply about forensics and would read and re-read and re-re-read my Sherlock Holmes stories until the paperback I had started to fall apart. I needed to read them all and so I did, scouring the racks of used bookstores and my library, even going so far as to watch Sherlock Holmes in the 22nd Century wherein Watson was an android and Moriarity was a clone and Holmes is the time-displaced real deal ala Captain America…until one day I stopped. Never did read “The Valley of Fear,” despite owning a 100+ year old copy I found in Oregon.

You can probably guess where I’m going with this.

When comics stopped in March, I caught up on my backlog of current comics; a zero slate for my reading. Sure, I had plenty of stuff I wanted to read or re-read, I’d been reading in fits and starts when I had time over the last two years, but I never really had a zero slate that lasted. It was nice. I savored it. Having the time I didn’t think I’d have for at least another six months AND more on top of that was nice, even if the reasons for it were, to put it lightly, catastrophic for so many.

When comics returned, I have to admit, I was hesitant to pick them up again. Something about the growing pile intimidated me and I felt exhausted. It wasn’t burnout – I still felt the itch to write, create, and think about comics (or anything, really) – but the desire to read them was gone, replaced instead by the crushing pressure of trying, and failing, to stay “up to date” because, unlike others, I had a larger system around them and the system kept moving, irrespective of my own wishes.

“What if what I had had was momentum and not love?”

Comics, it seemed, had gone from an important passion to a monument to past me’s folly and the dread of present me trying to fulfill the contract. So I avoided it for as long as I could, the feeling getting more acute and dreadful, the pile staring back at me with hungry eyes and hungry teeth, daring me to approach it, to get the ball rolling again, to break through the largess and paranoia and paralysis and Just. Fucking. Start.

But I couldn’t. It was too much and I was too afraid. I didn’t want to start and discover that it was true, that I had lost something I didn’t think lose-able. Of all the things I couldn’t have predicted about 2020 – a statement that makes me Captain Obvious of the USS No Shit Sherlock – having MORE time making me want to read less comics was not one of them.

2020 had “broken” the habit. Actually, habit’s the wrong word. Routine. It broke the routine. My attention shifted once I had gained more time and “fulfilled my obligation” to my brain. I hadn’t thought this then, but looking back, it was there. How else to explain my reticence? So, as the weeks spiraled on and I stayed up with just enough to do my work here, that old creeping dread started to set in. That my passions are so weak that all it takes is a little distraction and it all collapses like a house of cards and I’m too defeated to try again.

Remember that copy of “The Valley of Fear” I mentioned earlier? Even though I’ve never read it, when I found it, I was ecstatic. It had been years since I’d last read a Sherlock Holmes story, “His Last Bow” and the non-canonical “The Seven-Percent Solution” being the last, yet finding this book among the hundreds of thousands in the labyrinthine floors of Powell’s brought me right back to where I once was.

That desire to read and re-read returned. Less intense, but still there, like it had never left. I didn’t read that copy because the object itself was too fragile but when I got the chance, I went back to “Hound of the Baskervilles” and reveled in the details long tucked away in the corners of my mind. I found my way to the Bandersnatch Cabbagebum Sherlock and the 1984 Jeremy Brett The Adventures of Sherlock Holmes.

“What if what I had was momentum AND love?”

In 2020, I read the entirety of “Dragon Ball,” caught up with the English volumes of “A Promised Neverland” from Vol. 1, and read rescued classics like “Mars” and “You’re My Pet.” In 2020, I did a re-read of an entire era of DC comics (Rucka’s “Tec” and the bat-line crossover of the era ‘Bruce Wayne: Murderer & Fugitive,’ “Gotham Central,” and “52”) and began a huge re-read of the “Terry-verse” books. In 2020, I caught up, twice, with my lengthy backlog of current comics so I can be informed when I write on this medium I love and support the creators making great work.

In 2020, I became a co-host along with Jake on Make Mine Multiversity and began digging into eras of Marvel I’d never touched before. In 2020, I reconnected more fully with my friend from 2012 over “Dark Nights: Death Metal.” Hell, in 2020, a comic I wrote thanks to the Kratz Center Fellowship from my undergrad institution started publishing as a webcomic.

2020 was a kick to the teeth in so many ways, leaving me dazed and confused, susceptible to my worst thoughts and fears. These fears consumed me, unconsciously for the most part, and through them I mistook the breaking of my old systems, once well-oiled and polished, now rusty and dull, for proof that I never cared about what those systems facilitated, but that was never the case. Disuse is not always a sign of uncaring and that’s what 2020 foisted upon me: disuse.

Passions are not all-or-nothing. Love is not all-or-nothing. It ebbs. It flows. Passions’ expression can be arrested, it’s momentum stalled or reversed, and while sometimes it fades for a myriad of reasons, that doesn’t negate its once existence. For me, the passion, the love, for comics never faded, not really.

Because, if it had, I wouldn’t be writing this today. 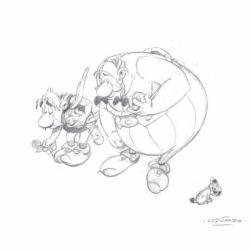 Albert Uderzo was one of the pillars of my comics childhood. I spent so many lunch hours reading “Asterix” (co-created with René Goscinny) in the school library. I’ve bought the books multiple times, because I read them until the pages fell out. I have all the hardcovers in the bookcase by my bed. I’d be […]