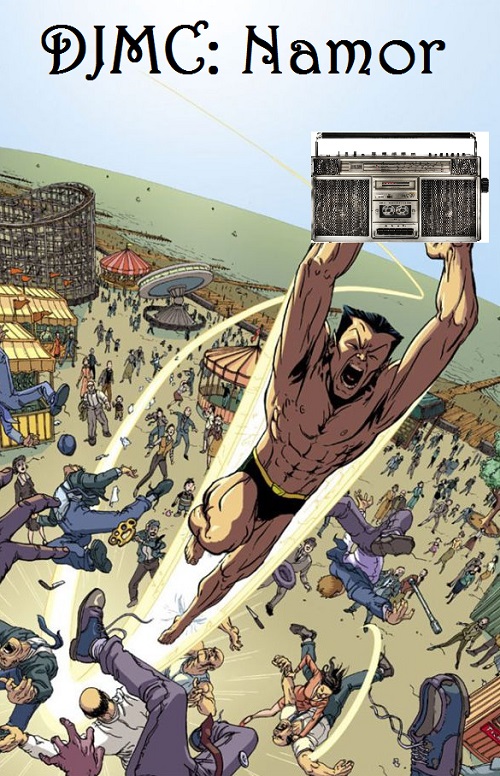 This week, Marvel announced that there would be a revival of the Invaders team, “All New Invaders” starting in January. We wasted no time in reaching out to one of the cast members of the book, Namor, the Sub-Mariner, about some of his favorite songs for this column. So, without further ado, Namor on Music! 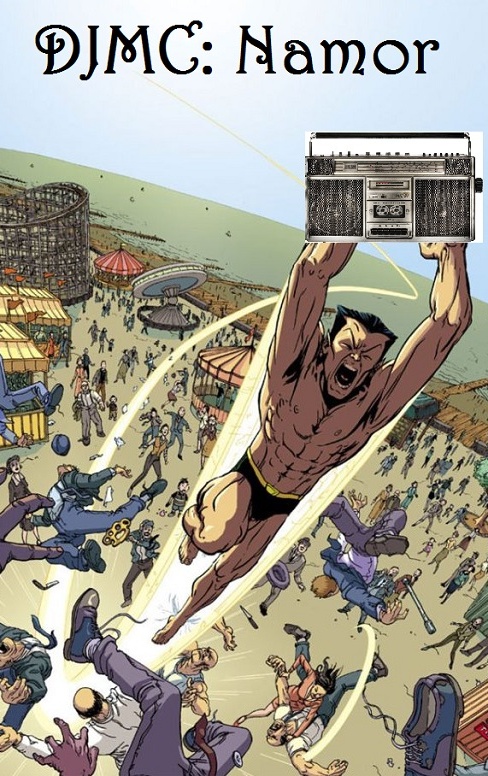 “By The Sleepy Lagoon” – Eric Coates

So, Namor, what made you choose “By the Sleepy Lagoon” as your first choice?

Namor: When I first came upon land, in the late 1930s, this song was all the rage. I identified with the characterization of lagoons as sleepy – dull, boring places for weak vessels – and found the sounds calming, even beautiful. Of course, this was in my younger, more docile days.

I have to admit, this choice struck me as odd.

Namor: Why would you say that? The only thing land-dwellers have going for them are their women, and the bikini made a trip to where our kingdoms meet a much more pleasurable experience than ever before. To do anything but celebrate their existence would be unbearably stupid.

Namor: I must admit that I have a love/hate relationship with this song. On one hand, it gets all the details wrong, but on the other, it presents a noble portrait of my fair home. I am surprised that any surface creature, especially one from Scotland, could produce such sentimentality from me. 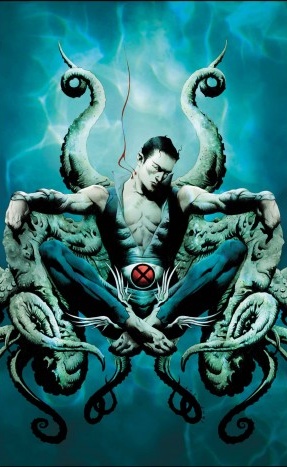 “Don’t Go Near the Water” – The Beach Boys

It makes sense that you would care about ocean conservation and…

Namor: Well, of course it does. Do you think anything angers me more than the terrible way that my kingdom is treated?

Well, of course not, but…

Namor: But nothing. If I came to your home and filled it with even more garbage and filth than already occupies it, would you be very happy?

Namor: I don’t know if I’ve ever laughed as hard or as long as when I first heard this song. Pure hilarity.

This is a personal favorite of mine, as well.

Namor: While I cannot endorse driving a car into my kingdom, the imagery of a wave of mutilation is too powerful and destructive to ignore. Especially if the wave was crashing somewhere, like, say, Wakanda? Glorious

Namor: This is another instance of an air breather getting it right. The beauty of swimming near the surface when the moon is out is one of the true delights of my life. 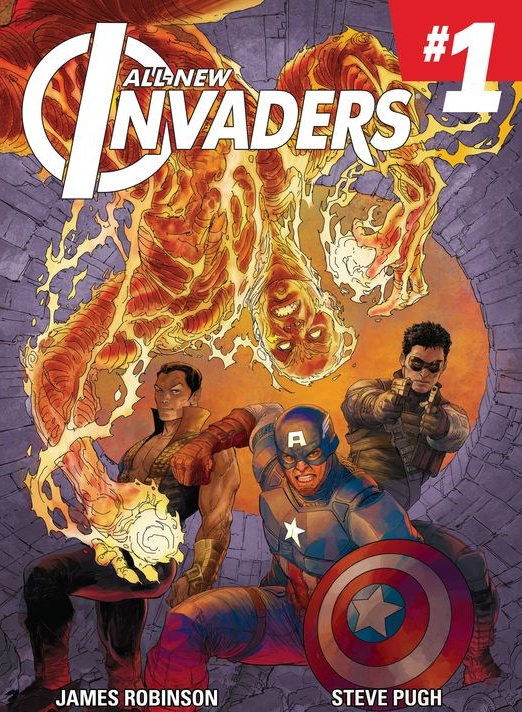 This was another choice that seemed a bit out of place.

Namor: But you see, I have seen a whale with a polka dot tail. The bottom of the ocean is full of many wonders, and these “Weens” seems to have figured that out. Bravo, gentlemen.

This one was, hands down, the most surprising.

Namor: Many cultures use music to tell tales of their finest members. For years, I sought after the girl who could drown the land and make the entire planet my kingdom. I vowed to do whatever I could to make her cry this miraculous amount of tears. However, I fear this is fantasy. I will keep looking, however.

Namor: In my younger days, I was a bit of a treasure seeker, and would frequently find sunken ships and plunder them for profit. None of my conquests ever compared to the Titanic, with which I made quite a fortune selling trinkets and artifacts from the “unsinkable ship.” This song reminds me of those days, and I look back with joy.

And, again, I laugh. Silly men and their ships.