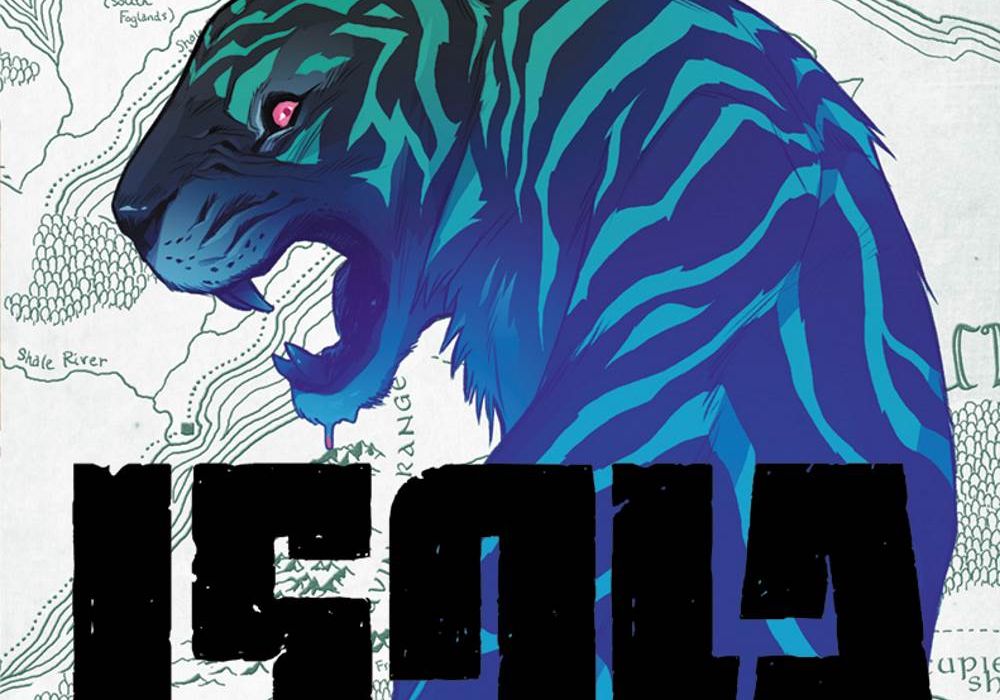 There are a lot of comics out there, but some just stand out head and shoulders above the pack. With “Don’t Miss This” we want to spotlight those series we think need to be on your pull list. This week, we look at “Isola” as a knight and her Queen, that has been transformed into a tiger, make the journey to the mysterious island in hopes of reversing the transformation.

The Captain of the Guard, Rook, and her Queen, Olwyn, make the dangerous journey to the mysterious Isola after Olwyn has been transformed into a tiger. Along the way they deal with the growing unrest in the kingdom as human and magical forces seek to claim the tiger Queen.

“Isola” does a great many things well, from general art and storytelling to being the nebulously defined Miyazaki-esque. At the center of all that is the relationship between Rook, Captain of the Guard, and her Queen, Olwyn. Their relationship is one part girl and her cat, one part queer courtly romance as they make their way to the mysterious titular location. Aesthetically, “Isola” is far removed from the European medieval fantasy setting but you can’t help but view their relationship through that lens. If anyone is still bummed about the end of “Sleepless” you might want to pick this up. 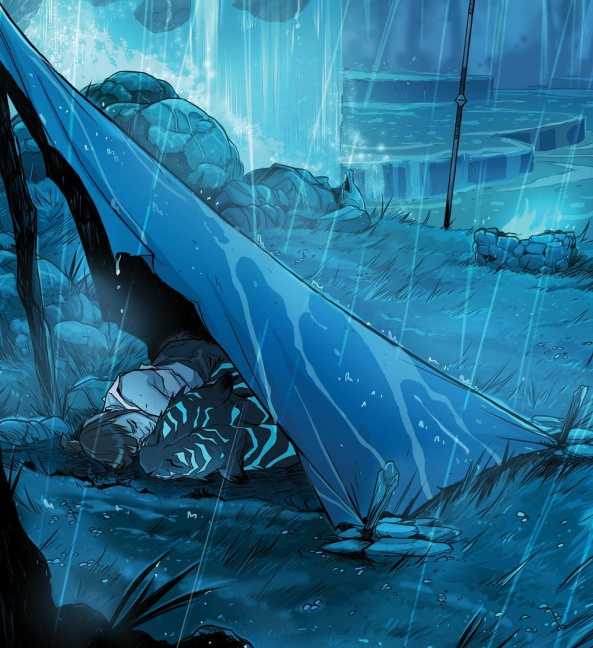 Their relationship and commitment to one another is the fulcrum everything else rests on. “Isola” had a 10 page prequel strip originally serialized in the back of “Motor Crush,” now collected and available digitally, that makes their history together a bit clearer. However, having not read this prequel until it was serialized elsewhere, the core storytelling in the issues does a fine job narrating their relationship. Their relationship is a bit verbally one sided at the moment, but the way Karl Kerschl and MSassyK are able to work subtle and expressive character acting between the two sells things. It really isn’t a girl and her cat, since Queen Olwyn is very aware of what is going on, but the way the creative team twist our understanding of the child and their animal companion narrative to create a visual shorthand to represent their relationship and emotional states is an effective bit of storytelling. It was a quick an effective way to make readers care about these two, if we didn’t care about them or their relationship, none of the awesome scale, mystery, or journey, would’ve mattered or been affecting.

One of the consistent marketing phrases around “Isola” is comparisons with the work of famed Japanese animator and director Hayao Miyazaki. There are a fair number of western media that is described as or compared with Miyazaki’s work, but what does it mean to be “Miyazaki-esque?” That is a neologism that has yet to sit well with me since the consistency across his filmography isn’t style but repeated themes and visual motifs. Thematically, “Isola” isn’t in the same thematic key of Miyazaki, rarely anything is, and still “Isola” is the comic that earns the comparison. When I look at a nature spread or Rook entering a dilapidated city by the art team, I can hear the opening low hum of Joe Hisashi’s score to Princess Mononoke. In this sense both Miyazaki’s films and “Isola” play in similar keys as they use their respective mediums to create a sense of awe, mystery, and power as it relates to images of nature and spirituality. This mixed with the creative teams ability to inject small character moments, with a humanist bent, against a grand scale is what people mean when they say something is Miyazaki-esque. 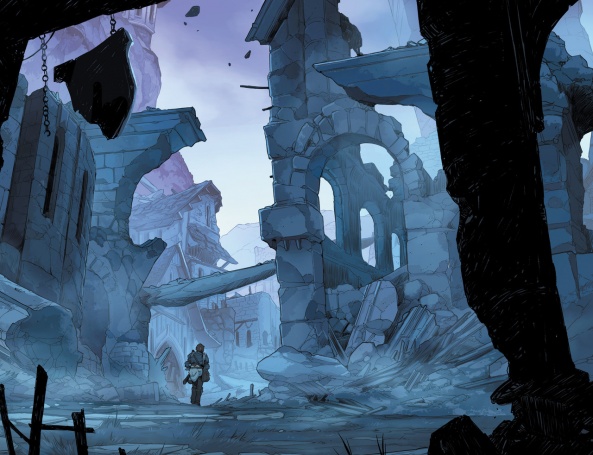 The craft on display easily makes the series worth a read. Kerschl’s page designs aren’t overdone, they’re more minimal and elegant as he arranged the basic panel shapes together a most of the time. How those shapes play off one another and interact with the flow of content and subtle shifts in perspective makes “Isola” one of the easiest comics to read. The command of pace gives the series are more introspective and contemplative tone, which runs counter to the normal high adventure of the road trip story.

The visual storytelling from Kerschl and MSassyK is such that it can make you wonder what it would be like if the series were silent. Which isn’t hard given the fair amount of near silent content and dream like sequences, such as at the start of issue #6. In these moments of silence the subtle linework from Kerschl and how MSassyK’s coloring and textures enhance it shine. These sequences often involve tigress Queen Olwyn being curious like a cat or receiving visions of Isola. Despite comping through the art teams well documented social media presence and Twitch streams, I’ve yet to crack their secret for how they manage to make the Olwyn soo expressive. It isn’t like Hiccup from How to Train Your Dragon, which was clearly a dragon that acts like a cat. With Queen Olwyn they have mastered drawing the form of a tiger, but somehow keep the human depth and expressiveness in her eyes. Reading “Isola” and finding new subtle character acting from everyone is one of the best parts of re-reading the series.

With all the sumptuous visuals, it is understandable why the plot of “Isola” is often pointed to as a weak spot. It isn’t “Dragon Ball,” it’s a very contemplative and moody piece as Rook and Queen Olwyn slowly make their way. With their now bi monthly release schedule it can feel like there isn’t much plot distance covered. However, Brenden Fletcher and Karl Kerschl smartly lean into the episodic nature of road stories allowing Rook and the Queen to drop into a new town or environment every issue or two. The slow progress helps keep the series fresh and exciting as journey on.

The first five issues of “Isola” have been collected in “Isola” volume 1. The previously serialized prologue strip is collected in a special run sold at Barnes and Noble and available to be read on the series website. Single issues now come out on a bi monthly schedule with issue #7 due out this week. 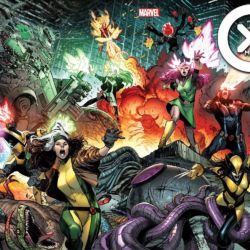 Don’t Miss This: “X-Men” by Gerry Duggan and Pepe Larraz

There are a lot of comics out there, but some stand out head and shoulders above the pack. With “Don’t Miss This,” we want to spotlight those series we think need to be on your pull list. This week, we’re spotlighting the new roster and series for Marvel’s premiere mutants, the X-Men! The new line-up […] 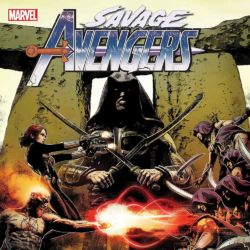 There are a lot of comics out there, but some stand out head and shoulders above the pack. With “Don’t Miss This,” we want to spotlight those series we think need to be on your pull list. This week, we’re getting savage with the bloodiest Avengers team yet: the “Savage Avengers.”Who is this by?“Savage Avengers” […] 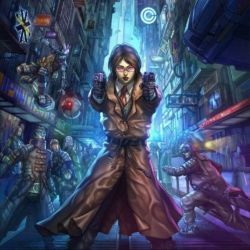 There are a lot of comics out there but some stand out head and shoulders above the pack. With “Don’t Miss This,” we want to spotlight those series we think need to be on your pull list. This week, we take look at Titan Books’s “Blade Runner.”Who’s This By?The world of Blade Runner has been […]