There are a lot of comics out there but some stand out head and shoulders above the pack. With “Don’t Miss This,” we want to spotlight those series we think need to be on your pull list. This week, we look at the wild and magical fantasy adventure: Image Comics’s “Blackbird.” 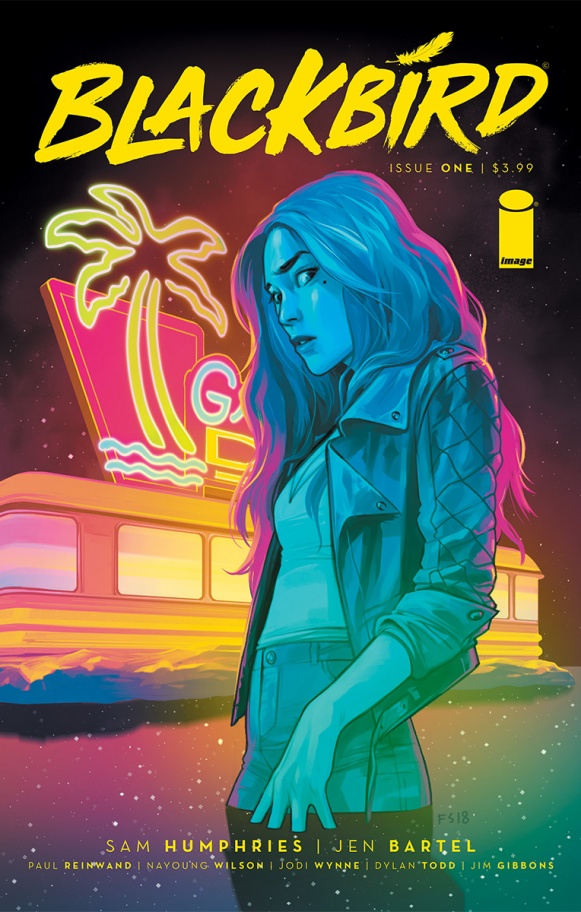 Writer Sam Humphries has had his hand in some big-two titles like “Planet Hulk,” “Uncanny X-Force,” and “Harley Quinn.” As well as co-creating smaller fan favorites like “Fanboys vs Zombies” at Boom! Studios and “Citizen Jack” over at Image Comics. While he is not widely known throughout the world of comics, his knack for creating new books like “Blackbird” and bringing his own style to existing characters and stories is definitely getting him noticed. He is also currently a co-host of DC Daily on the DC Universe streaming platform.

Illustrator and lead colorist Jen Bartel is known for her high contrast palettes and designing characters that are absolutely gorgeous. Her signature style is made up of beautiful, open line illustrations. Nothing is heavily over-drawn or detailed to the point of photographic realism. Details and true depth do not come until she has applied color to her work. With work that spans many a famed character, she has had her chance to put her spin on characters throughout the Marvel and DC universes, “Star Wars,” and many more throughout pop culture. She tends to stick to very famous versions of particular superheroes, specifically the versions she grew up with. Although she keeps them easily recognizable to fans, her own style is evident throughout every one, allowing for them to be injected with a new life for fans, new and old, to appreciate. A Lisa Frank for a new generation looking to bring a certain charm and neon color-scheme to comics.

Blackbird would also not be the book it is without the talents of co-colorists: Triona Farrell (“Mighty Morphin’ Power Rangers”) and Nayoung Wilson, Layout Artist: Paul Reinwand (“Black Cloud”), and Letterer: Jodi Wynne (“Wonder Woman Rebirth”). 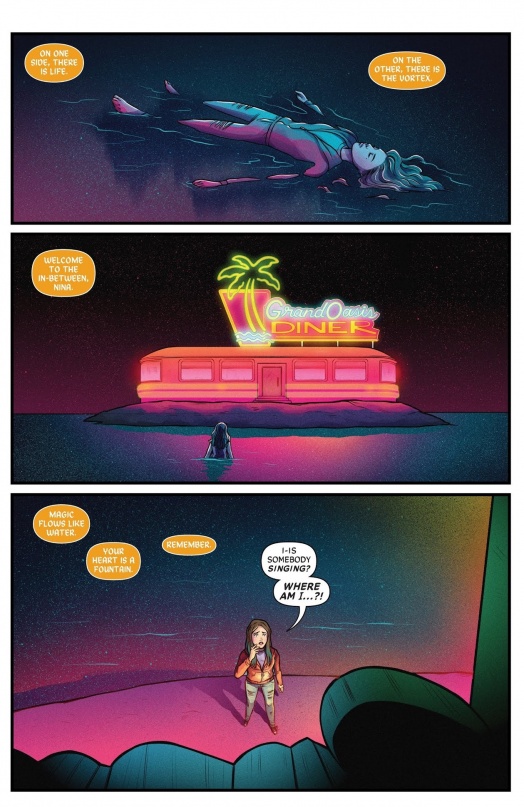 When modern day Los Angeles and a magical realm ruled by ruthless cabals begin to collide, Nina Rodriguez, a young woman who has always believed in magic, and has seen many hardships in her life gets pulled into a mystery far bigger and more twisted than she could ever imagine. It’s a neo-noir filled with dark magic, family drama, and a criminal underground. As secrets come to light, Nina begins to wonder if she and her family have a greater role with these magical beings, known only as Paragons. 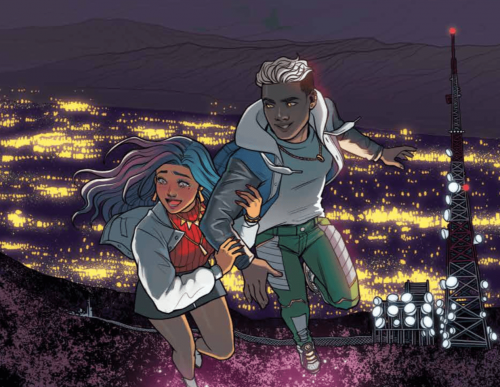 Because of the use of a secret world ruled by magical beings and its art style it has been compared to things like “Harry Potter” and CW’s “Archie Comics” revamp – Riverdale. That makes sense as a surface observation, but as a whole, this series is wildly different from either of those properties. The ‘Paragons’ (rather than using the terms wizards and witches) in this story all seem to have many secrets, and not just pertaining to their origins and private lives. The entire series is shrouded in darkness, even when bright characters and neon diner lights fill the pages. Nina digs deeper into the multiple mysteries surrounding her: her mother’s death, her sister’s disappearance, and sightings of what she believes to be magical people and beasts. She discovers that not only are the things she’s seeing real, but there is a possibility that her entire life could not be what she’s always assumed it to be. This creative team is crafting a series that is unlike anything else in comics. “Blackbird” combines ideas and motifs that are plentiful in fantasy stories. We see a hero who comes from a life filled with the mundane who finds out they belong to a larger and unseen world. This and many other story beats, that I won’t list to save you from spoilers, come together in a wonderfully unique way. Humphries builds a world that has a depth and history, but we can only see as much as he wants us to see. With each revelation, we realize we have been in the dark just as much as Nina has been. 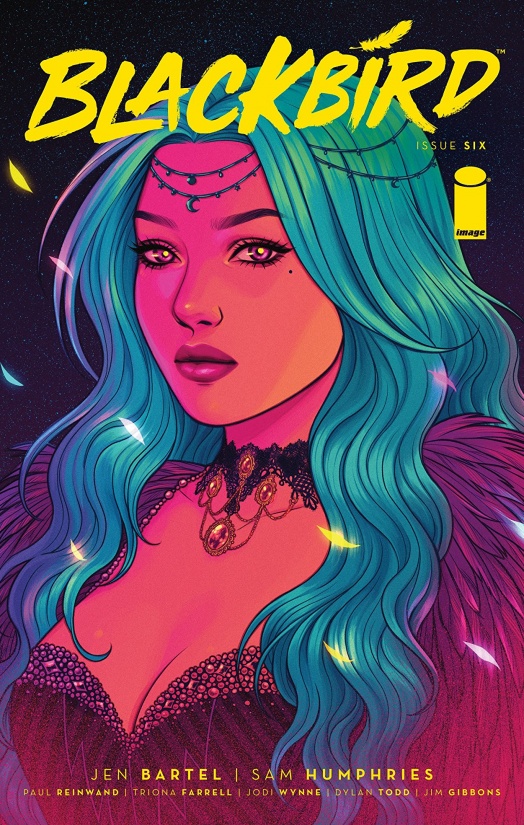 Bartel’s artwork is a joy to look at. Every panel, every page is filled with bright excitement that plays with your emotions at every turn. It tells you to feel one way, when the text is forcing you down a different path. In many series, this would be unintentional, a fault in the greater design. In “Blackbird” we are forced to remember what is dark and mysterious is not always evil and moments of light and overwhelming color might be the time to be worried or sad…though the opposite is still true throughout. This toying with emotions is one of the strongest aspects of the entire series. The darkness I mentioned earlier moves this fantasy comic into thriller territory.

Heavy lines give each drawing a sturdy foundation to stand and then leap from the page. Her work evokes the magical at all times, so it makes sense that she would be the key component for this book. When she was initially looking to help create a book, she told Humphries that she wanted a chance to draw magical beasts and demons and “Blackbird” is what spun out of that original conversation.

“Blackbird” premiered in October 2018 and only has six issues out. The most recent hitting shelves today. Issue six wraps the first story arc and can be found anywhere comic books are sold. For now, there is no official word on how long the series is intended to go, but with the fast paced storytelling it may only be a limited run told through a few arcs. With both Humphries and Bartel’s popularity booming at the moment it would not be surprising if they wrapped this series up sooner than later and moved on to the next project.