There are a lot of comics out there, but some just stand out head and shoulders above the pack. With “Don’t Miss This” we want to spotlight those series we think need to be on your pull list. This week, we look Zack Kaplan, Andrea Mutti, and Valdmir Popov’s business oriented science fiction series “Port of Earth.”

“Port of Earth” is written by Zack Kaplan, with line art by Andrea Mutti and coloring from Vladmir Popov, Troy Peteri is the letterer.

What’s it All About

Intergalatic neocolonialism, to be straight and to the point. After an intergalactic band of business aliens, known as the Consortium, arrive on Earth with a business deal the titular Port of Earth is opened. Kaplan takes a common science fiction trope, contact with aliens, and puts a bit of a spin on it. “Port of Earth” lands somewhere between the “2000 A.D.” strip “Grey Area,” a strip about working as security in an intergalactic travel station on Earth and the various conspiracies and criminality that spring from it, and films like District 9. Only in the Neill Blomkamp, humans were the imperial force, “Port of Earth” is the slow realization that deals with intergalactic business empires are rarely fare or equitable. They have a habit of altering it, and all you can do is pray they don’t alter it further. 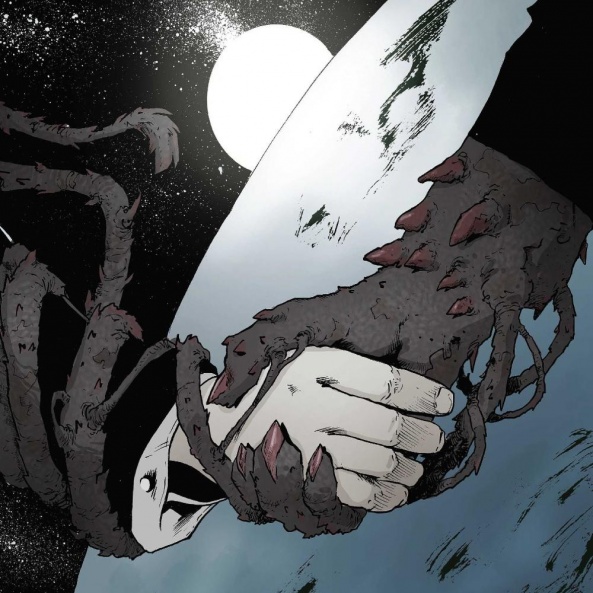 What Makes it So Great

While “Port of Earth” deals in recognizable science fiction tropes, and clearly fits into Top Cow’s interest in publishing science fiction, it doesn’t really look like anything else. Artists Andrea Mutti and Vladmir Popov help give the book a European flair. That is an art style and sensibility you only see in a handful of comics published through Image, like “The Old Guard” and to a degree “Oblivion Song.”

Andrea Mutti draws everything in these thin but expressive lines. He isn’t as artistically audacious, but the line work reminds me of Greg Capullo dialed back a bit and more straight forward in terms of panel design. The result is effective line work that captures the expressive quality of the series leads Agents Rice and McIntyre as they go through a pretty bad day at work and slowly get drawn into a conspiracy that is beyond them. 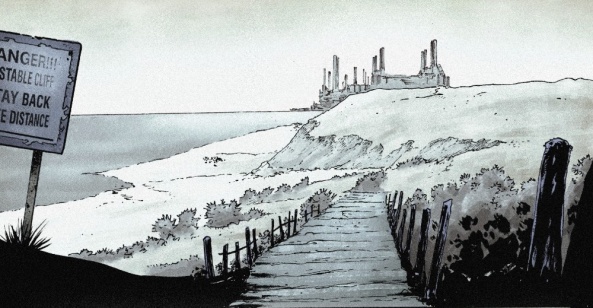 Vladmir Popov’s color pallet covers nearly everything in a grey wash. The exterior environments are shot through in a dull grey light that mutes everything, which lets some brighter splashes of color play bolder. In areas with more direct and harsher lighting that washed out quality goes away, but those spaces are often derived from alien tech brought from the port. While the grey qualities can muddle some of the imagery, Popov’s work does a good job of training the reader on how to read and differentiate environments. A training that pays off to great effect when our Agents do eventually reach port and they run through some of the alien environments that read as truly alien compared to everything else we’ve seen.

“Port of Earth” plays with a fair number of ideas, established through the use of TV interviews and other archival footage from the early days after the Consortium arrived. Primarily the point of view of the series is from the flawed, human, eyes of Earth Security Agency operatives George Rice and Eric McIntyre. They are, like the cast of “Grey Area,” tasked with policing the space around the Port and the ethical compromises and frustrations that come with it. Eric McIntyre comes from a working class family that was put out of business due to alien tech. George Rice has anger issues and loses a fair amount throughout the series. Their backgrounds help put a point on some of the conundrums they are faced as they search for a renegade alien and enforce the Law, but maybe not justice. Kaplan is efficient in his writing, mixing a recurring TV interview and archival footage with a sort of working class attitude to how this odd job is presented, that slowly adds layers to these characters.

Through the two, Kaplan is able to hit some interesting recurring beats on how we use the language of the “alien,” both to describe extra-terrestrials and non-citizen residence terrestrially, and the limits of that vernacular. It helps to establish a recurring ironic element of human ego making people foolish, when an alien attacks the ESA base people are surprised at how smart this alien is. With this whole series being an obvious metaphor for neocolonialism, capitalism at large, and the systems those things create it is hard not to draw parallels to some degree around and our current discussions about policing, law enforcement, and economics. 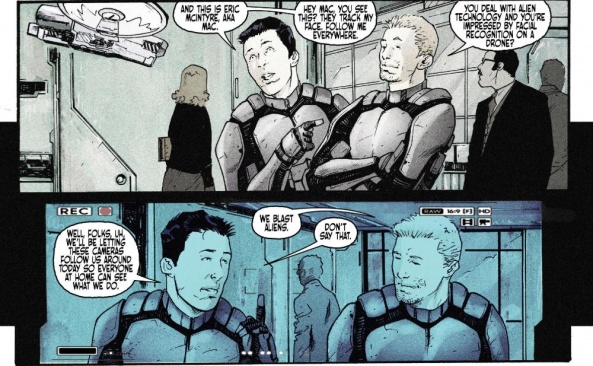 Powering the series is the decision to arc things in four issue chunks. Structuring things in this way allows for a fairly quick pace and a surprising amount of ground to be covered. The first arc, issues #1-4, is a bit of a day-in-the-life gone bad scenario as news cameras follow Rice and McIntyre searching for a renegade alien. As that search continues they are slowly drawn deeper into a conspiracy the Agency they represent helps perpetuate and sinking feeling that the supposed “best deal” may not fit the bill. The third arc continues to up the ante as a plague comes around. “Port of Earth” features a continual crescendo without feeling overblown.

11 Issues of “Port of Earth” have been published, issue #11 comes out this week. The series first two trade paperbacks collect four issues a piece (#1-8) with the third collection is due out in September.