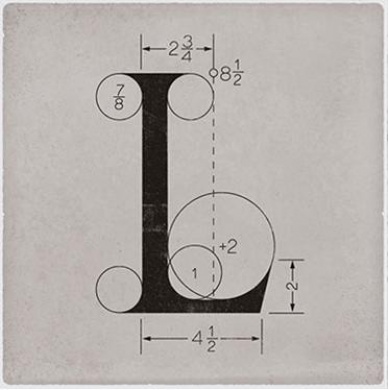 To close out our week-long look at lettering, it seems appropriate to evaluate the experience. As I said at the beginning, the ultimate goal of these articles was to get you to a place where you were informed enough to evaluate a letterer’s work. Hopefully, the history of the process was thorough enough for you to appraise a work according to its era, not modern standards. With luck, the showcases brought new facets of lettering to your attention and helped give you the vocabulary to discuss them. If nothing else, you know a little more about where the letterer fits in comic production.

If you’d like to know more, I found many sources, interviews, and blogs which contained information that didn’t find its way into this project. Manwithoutfear.com and Comicsbeat have had great interviews with “Daredevil” letterer Joe Caramagna, and Bleeding Cool recently talked with Richard Starkings and JG Roshell about Comicraft. We had our own interviews with Nate Piekos, Clem Robins, and Rus Wooton, but we weren’t the first. We also weren’t the first to shine a spotlight on lettering (although I do think we were the first do hold it there for a week).

If you think you want to try lettering yourself, it won’t be as hard to get started as you might think. Sites like Fontifier make it easy to create your own fonts. Just print off their template sheet and fill in the boxes with your letters. Then you scan it, upload the image back their site, and seven dollars later, they’ll send you your very own font. Repeat this a few times and you’ll have enough variety to begin. Or, you could go over to Blambot and download some of the free fonts available. There are even some practice pages!

There are loads and loads of “How to” guides for lettering out there, and they’re all different. Even if you don’t actually want to do it yourself, reading more about the thought processes of various letterers will help you identify the lettering styles you like. For the most part, this will cast a shadow on books you read. Think about it – before you knew much about lettering, you weren’t even aware of the 2D plane. Now you’ll be aware of the letterers who don’t place a balloon tale properly. But, honestly, it’s worth it because it’s one more way you can like your favorite book.

Now, realistically, there’s a limit to how much you – or any reader – will care about lettering in comics. No one is going to buy a comic because of the letterer. Ever. And not even the worst lettering job is bad enough to make a reader drop a book, because the story will still come through.

So what should you do with your new-found appreciation of letterers? Start by acknowledging talent when it’s present. Remembering the names of letterers who impress you with their work. If you’re a reader who sends letters to your favorite books, mention lettering in your email and be specific in your compliments or criticism. Show creators you’re paying attention.

If you’re a comic reviewer, include something about the lettering in your coverage. One thing I noticed when I was working on this series is that virtually every issue has some lettering in it worth noting, for good or ill. Even if it’s only one sentence, or just half of one, draw others’ attention to it. Point out why it’s good, or why it’s not. Include a scan so others can truly see what you’re talking about without having to go open their own copy of the issue.

Most of all, be sure to take the time to enjoy the way letters have been arranged in your favorite comic. Somebody put a lot of thought into how it was done.