Marvel have announced two new series and a one-shot for August. First up is a relaunch of “Future Foundation,” written by Jeremy Whitley (“The Unstoppable Wasp”) and illustrated by Will Robson (“Spider-Man/Deadpool”): 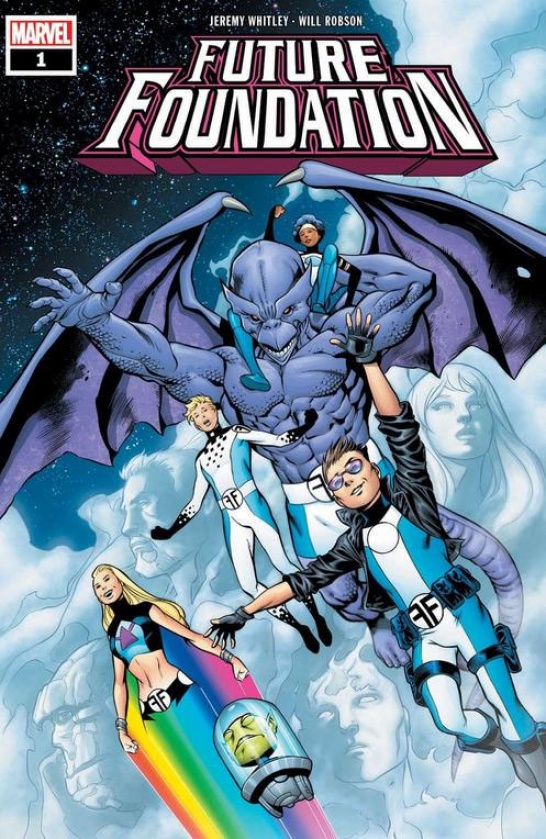 When the Richards family is called back to Earth to be the Fantastic Four again, they left behind the Future Foundation—a think tank of the most brilliant young minds in the universe—with one mission: find the pieces of and rebuild their friend Molecule Man. But that’s proved harder than imagined as this crew of young geniuses, Atlanteans, Mutants, Moloids, and androids have run into every problem in the Multiverse.

Now, with the leadership of Alex and Julie Power and a little extra firepower from guest professor Yondu Udonta, the team will undergo their most dangerous mission yet—a prison break! Jeremy Whitley and Will Robson take the Future Foundation on a heart-pounding journey across time and space!

On a related note, Power Pack creators Louise Simonson and June Brigman will revisit the characters in the special one-shot “Power Pack: Grow Up!,” due out August 28: 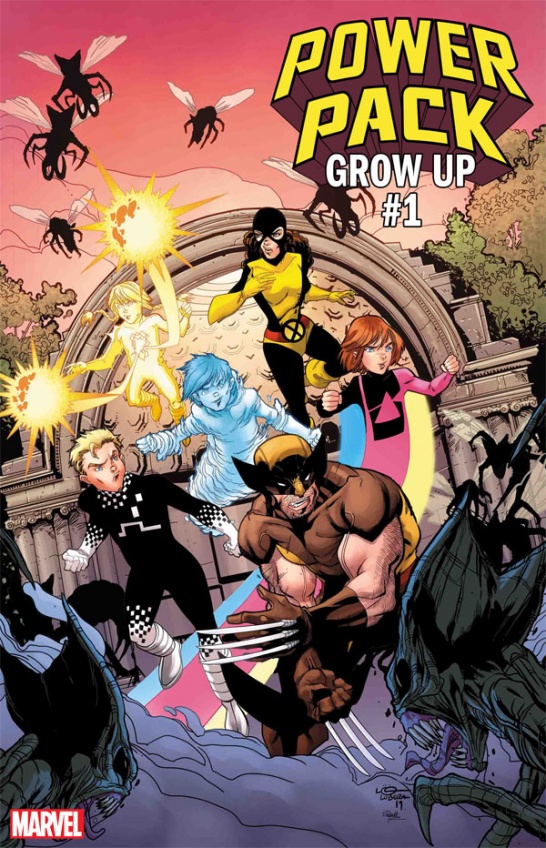 Acclaimed creators Louise Simonson and June Brigman are bringing an all-new special story to the Marvel Universe this August, as POWER PACK’s young super heroes set the stage for an adventurous, thrilling ride!

Power Pack jumps into action when the Brood crash a concert, but it’s a race against time as they battle the invasion against their own anxieties, as well as each other, in hopes of saving the world. Join Alex, Julie, Katie, and Jack Power and special guests Wolverine and Kitty Pryde for an incredible new adventure! Plus, don’t miss fan-favorite artist Gurihiru teaming up with Louise Simonson for the first time in a special short story!

“I remember the joy I felt reading Power Pack #1 when it was first published, and the sadness of hitting the last page of the final issue of their original run, so it’s a thrill to be able to reunite Louise and June to tell untold tales with Alex, Julie Jack and Katie from that time period,” shared Editor-in-Chief C.B. Cebulski. “And to also have Gurihiru contributing a story bridges these two acclaimed generations of Power family fun, making this a perfect project to commemorate Marvel’s 80th Anniversary!”

Last but not least, writer Dennis “Hopeless” Hallum and artist Emilio Laiso will return to the world of the PlayStation 4 Spider-Man game with “Marvel’s Spider-Man: Velocity”: 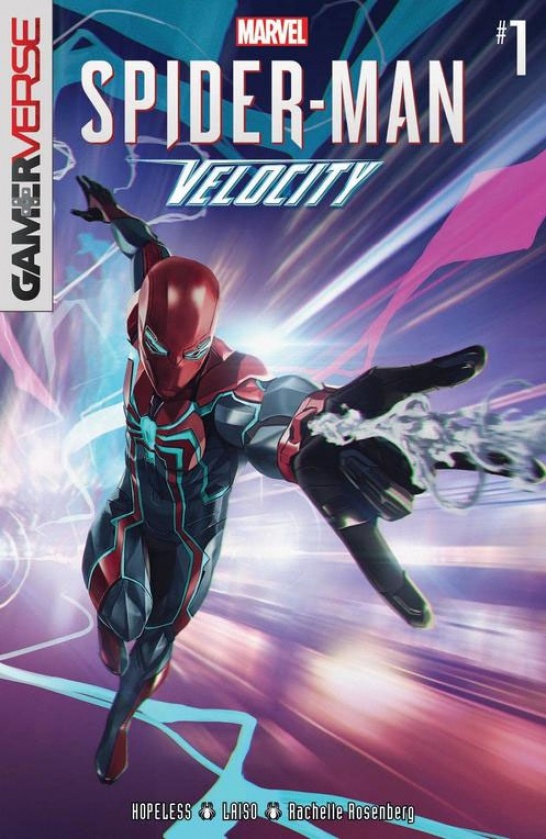 Dennis “Hopeless” Hallum continues the saga of the spectacular Spider-Man with an all-new story set in the Gamerverse! How and why did Peter Parker build the armored Velocity Suit seen in the Marvel’s Spider-Man video game? Find out here!

After the events of CITY AT WAR, Spidey continues to balance his colliding worlds as he attempts to protect New York City against Super Villains like Swarm, while reporter Mary Jane Watson delves deep into an investigation with legendary Daily Bugle journalist Ben Urich. Learn the never-before-told backstory behind the Velocity Suit as unexplainable occurrences bedevil the city and our heroes come face-to-face with…a poltergeist?!

Illustrated by Emilio Laiso with eye-popping covers by the inimitable Skan, you won’t want to miss a panel of the first all-original story following up the worldwide hit video game!

Head on over to Marvel.com for more exclusive reveals for the month of August, including the first two issues of “Absolute Carnage,” and today’s earlier “Power of X”/”House of X” solicitations.