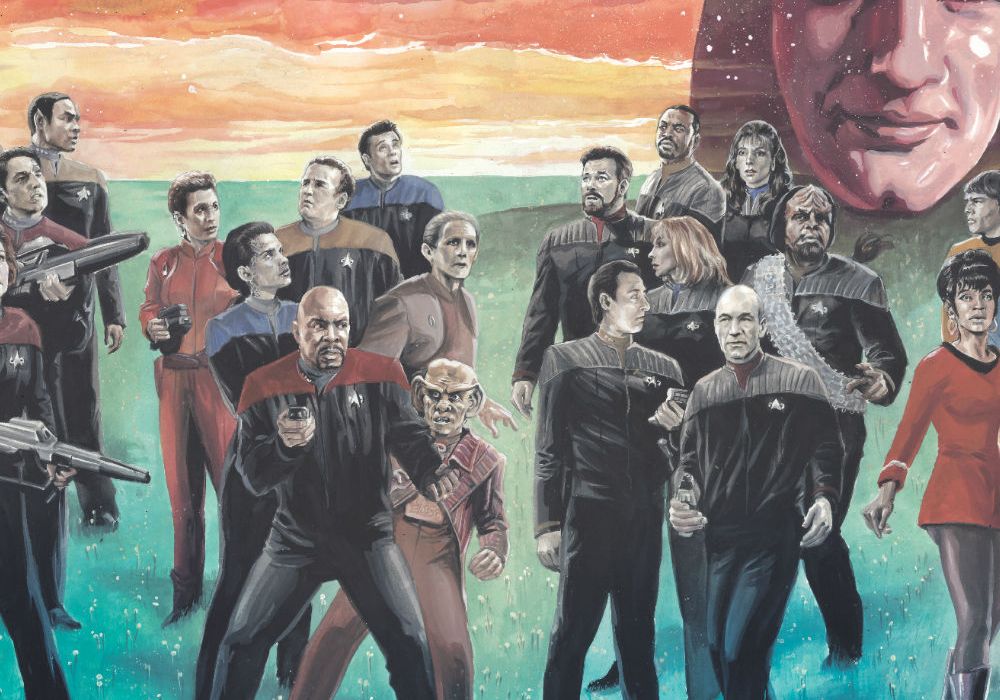 IDW Publishing has announced the crews of Star Trek: The Original Series, The Next Generation, Deep Space 9, and Voyager will be pitted against each other for the first time in the franchise’s history, in a new miniseries called “Star Trek: The Q Conflict.” In it, Captains Kirk, Picard, Janeway and Sisko must go head-to-head in a contest rigged by the nigh-omnipotent Q, in order to save the galaxy. “Star Trek: The Q Conflict” will be written by Scott and David Tipton (“Star Trek; The Next Generation – Mirror Broken”) and illustrated by David Messina (“Star Trek: Countdown”). 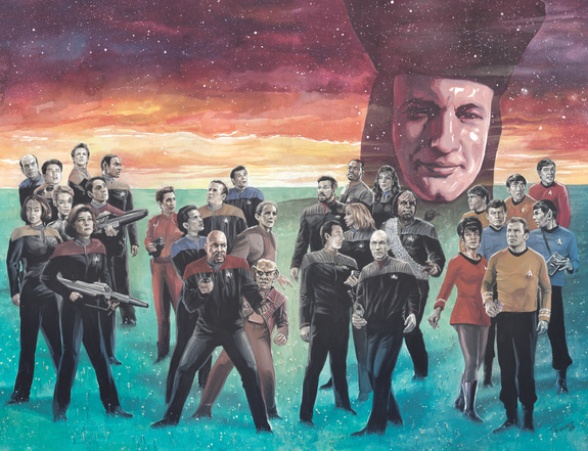 “This is it – the biggest Star Trek series ever, spanning starships, centuries, and galaxies!” says Scott Tipton. “All of Starfleet’s most legendary officers join together for the first time against some of the greatest threats they’ve ever faced. It’s like nothing you’ve seen before!”

Messina added, “Being at work on ‘Star Trek: The Q Conflict’ is like coming home after a five-year mission away. To draw characters like Spock and Picard at a time that’s so exciting for the Star Trek franchise? It’s awesome.”

“Star Trek: The Q Conflict” #1 is set to release January 2019. It will be available in multiple covers, with connecting covers by Messina and retailer incentive variant covers by George Caltsoudas (“Star Trek vs. Transformers”) and J.K. Woodward (“Star Trek: The Next Generation – Mirror Broken”).