In case you missed it, Marvel will is launching a new “Ant-Man and the Wasp” miniseries with writer Mark Waid and artist Javier Garron just in time for the Ant-Man and the Wasp movie, “Black Panther” writer Ta-Nehisi Coates announced via The Atlantic that he, along with artist Leinil Yu, will be taking over duties on “Captain America” when that book relaunches in July, and a graphic novel about the Smiths is coming out in the UK later this month. 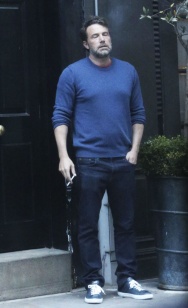 – An article from The Wrap reports that the if the stalled Time Warner-AT&T merger does not go through, then it is likely that the DCEU and DC Comics itself may be up for sale soon. The report outlines how many of the tertiary DC Extended Universe have been put on the back burner, naming the recent news of director Joss Whedon (Avengers, Buffy the Vampire Slayer)’s departure from Batgirl and the absence of any plans for his replacement as a prime example of the kind of actions DC and Warner Bros. are taking ahead of the failing merger. The stealthy cancelation on production of these projects is speculated as an attempt to minimize risk in a film company, which has thus far only produced one breakout movie in the form of last summer’s blockbuster hit Wonder Woman. Sources within Time Warner say that if the merger, which is the subject of an anti-trust lawsuit by the Justice Department, fails to go through then Warner Bros., HBO and DC Comics will likely all be sold separately to the highest bidder.

– Speaking of the DCEU, actress Kristen Wiig (Bridesmaids, Saturday Night Live) is reportedly being eyed by Warner Bros. and director Patty Jenkins as the villain for Wonder Woman 2. The film is eying Wiig to play some iteration, as there are very many, of archnemesis Cheetah in the sequel, which will be set in the Cold War during the 1980s. Wonder Woman has thus far been a small glimmer of hope for Warner Bros. in an otherwise uninspiring series of DCEU box office shrugs, racking in $821 million worldwide.

– In conjunction with the new “Captain America” series Marvel announced that there will be a special prelude issue released as part of Free Comic Book day this year. The new series written by Ta-Nehisi Coates (“Black Panther,” Between the World and Me) with art by Leinil Yu (“Avengers,” “Super Crooks”) is part of Marvel’s (eighth in a decade) relaunch branded as the “Fresh Start” initiative. The original announcement from Coates via The Atlantic, where he is a regular columnist, failed to mention the prelude issue but did express Coates’s own trepidation and misgivings concerning writing Steve Rogers for the first time and is well worth the read for any interested. “Captain America” #1 hits comic shelves July 4 and the special FCBD prelude will be out May 5.

– The Men in Black spin-off planned at Sony is eyeing actor Chris Hemsworth (Thor: Ragnarok, Rush) as their lead. The film, which is being directed by F. Gary Gray (Fate of the Furious, Friday), aims to track the model of Jurassic World, which was both a continuation and spin-off of the Jurassic Park franchise. The original films which starred Will Smith (Suicide Squad, Focus) and Tommy Lee Jones (The Fugitive, Lincoln) was based on the two miniseries “The Men in Black” and “The Men in Black II,” which were written by Lowell Cunningham with art by Sandy Carruthers (“Charlton Arrow,” “Yu the Great”). The new film would reportedly not include either Smith or Jones as part of the cast, but instead would feature a woman of color as the lead alongside Hemsworth and another older male actor, neither of which have been named yet.

– The Hollywood Reporter yesterday announced that director Rick Famuyiwa (Dope, The Wood) has signed on to write and direct an adaption of cartoonist Charles Burns’s “Black Hole.” The film, which has been in the works since 2005, is set in the 1970s and follows a group of teens who develop strange abilities after contracting a sexually transmitted disease called “The Bug.” Famuyiwa had previously been attached to the Flash film at Warner Bros., but left the project because of “creative differences.”

– The upcoming Titans show continues to trickle out the roster of Doom Patrol in a new announcements with the casting of Dwain Murphy (The Strain, Rogue) as Negative Man. The show’s Doom Patrol, who will appear in the aptly titled fifth episode “The Doom Patrol,” will include Professor Niles Caulder, Cliff Steele aka Robotman, Rita Farr aka Elasti-Girl and Larry Trainor aka “Negative Man” meeting the (Teen?) Titans. The series is slated to debut on the DC/Warner Bros. exclusive streaming service (which if the lead story is any indication may never come into existence).

– John Magaro (The Big Short) has joined the cast of Netflix’s The Umbrella Academy as Leonard Peabody, an average joe who takes music lessons from Ellen Page (Inception, Juno)’s Vanya Hargreeves. Vanya is similarly the sole member of the titular adoptive family without any superpowers, and Peabody is described as “see[ing] something special in this constantly dismissed wallflower, giving her a confidence that she’s never had before. Their love story plays out against the larger than life struggles of the Umbrella Academy.”

– Fans of John Constantine rejoice, the animated CW Seed series starring Matt Ryan (Criminal Minds: Suspect Behavior, Justice League Dark) as the titular supernatural hero has landed the release date of March 24. The series follows the adventures of John Constantine after the events of the NBC live-action show of the same name, also starring Ryan as the magical detective, which ran for only one season despite a dedicated cult (pardon the pun) fanbase. The show’s debut will come in conjunction with Constantine making another (two-part) guest appearance on CW’s Legends of Tomorrow, with the first of the two episodes airing on March 19 at 8/7c on the CW.

– Stan Lee in a video released by TMZ reveals that he has had to cancel several convention appearances due to an ongoing bout with pneumonia. This isn’t the first time the 95-year-old comic legend has had to cancel an appearance due to health issues, his last health scare which saw him rushed to the hospital due to shortness of breath and an irregular heart beat not even a month ago was downplayed much in the same manner as this health scare. Lee assured fans that he is feeling better and hopes that they were doing just as well stating that he wants “you all to know I’m thinking of you.”

Samuel Oosting-FitzMichael is a very tall man who would prefer if you just called him Sam. His hobbies include pretending to have hobbies, desperately trying to read his always increasing 'to read' pile, and baking. He can be found on Twitter pontificating on the philosophical meaning behind all those Charmin Bear ads. What ever happened to the Batusi?