In case you missed it, we have an exclusive preview of tomorrow’s “Batman/Teenage Mutant Ninja Turtles III” #5. 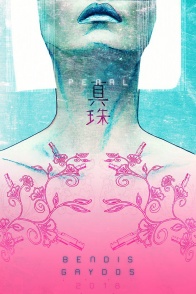 – Brian Michael Bendis tweeted that he and Michael Gaydos will return with another “Pearl” series after the artist has taken a break. The initial Jinxworld series, which wrapped up last month after 12 issues, told the story of a Yakuza tattoo artist who falls in love with a member of a rival faction.

– Marvel are partnering with Weekly Shonen Jump publisher Shueisha for six new manga stories set in the Marvel Universe, the first of which will be written and drawn by “Yu-Gi-Oh!” creator Kazuki Takahashi. The stories will be released biweekly from tomorrow, and are set to be exclusive to the Japanese website Shonen Jump+. You can check out the full list of stories, creators and release dates at Anime News Network.

– Over in Scotland, the Scottish Book Trust announced the shortlist for the 2020 Scottish Teenage Book Prize, which for the first time, includes a graphic novel: John Wagner, Alan Grant and Dan Cornwell’s “Rok of the Reds.” The comic, published by BHP Comics, tells the story of the first alien footballer. You can read more about the award, which will be announced on February 27, 2020, at Scottish Field magazine.

– Spawn creator Todd McFarlane revealed at Fan Expo Canada that he has plans for two new animated series starring the character, one aimed at kids, the other at adults. This will mark the first animated Spawn series since Todd McFarlane’s Spawn, which aired on HBO from 1997 to 1999. It is unknown when the series will air, as their production hinges on the movie reboot starring Jamie Foxx, which McFarlane intended to begin shooting earlier this year but has since been indefinitely delayed.

– The forum of Randall Munroe’s popular webcomic “xkcd” was hacked, IT Pro reports, exposing the usernames, email addresses and passwords of over 500,000 users. The site’s forum has now been taken down by administrators as they alerted users to the issue.

– Belfast Telegraph brings word of “Mind Lock,” a comic book created by a group of mental health service users in collaboration with clinical psychology staff from the South Eastern Trust and artist Jim Lavery. The comic, which tells the story of a character called Sam, is designed to reflect “the group’s real-life experience of mental health difficulties and offers information and help to those who may be experiencing similar struggles.” Lavery said “Sam creates a strategy to cope with his or her emotions on the journey home, and that is exactly what happened with our group as they went on this journey together.”

– Finally, Krypton Radio reports a chrome-and-steel statue of Iron Man has been erected in the Italian town of Forte dei Marmi. The sculpture, ironically called Man of Steel, was designed by Daniele Basso and put up as part of an art exhibition on August 9. The inscription celebrates “Tony Stark as a man who dedicates his life’s fortunes to fight for the ideals he believes in … reminding us that we are all the protagonists of our time – that the future of humanity depends on our decisions … that all of us must be heroes!”